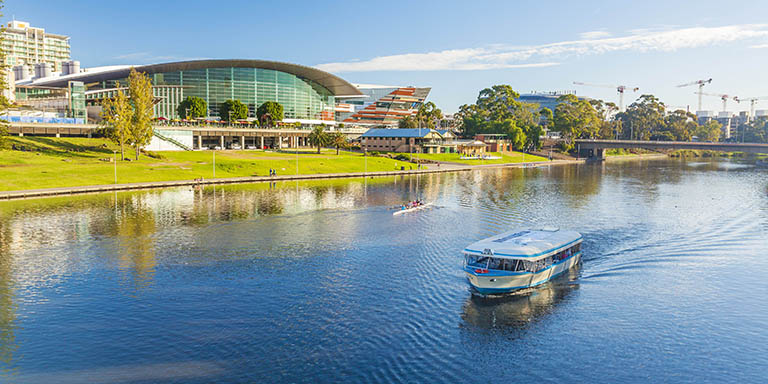 A Hong Kong-based green-energy innovator heads Down Under, paving the way to go global.

Relocating operations has been a perennial theme for businesses in Hong Kong. From the 1950s to 1970s manufacturers flocked to the city, turning it into the factory of the world for everything from textiles and toys to semiconductors.

In the 1980s and 1990s manufacturing headed north as Mainland China opened itself to investment, reaping bonus rewards following the mainland’s accession to the World Trade Organisation in 2001. In recent years, higher costs on the mainland and the Sino-United States trade conflict encouraged these Hong Kong-based firms to shift operations overseas.

This well-trodden path is not confined to manufacturers – high-technology firms seeking to ramp up their market need to expand research, development and production facilities abroad. One such firm is VX-Power Technology Limited, a creator of integrated circuits for lithium-ion (Li-ion) batteries and associated hardware, workhorses of the renewable energy industry, as well as electric vehicles.

Ted Kok, CTO of CVX, said the company had taken a systematic approach to investigate possible sites worldwide. “When looking for a site, we needed to answer the classic questions – what do we want, and what do they have?” he recounted. “We have explored more than a dozen of countries over three continents, before settling in Australia, and within Australia, we have worked with different cities before settling in Adelaide,” he said. The capital of South Australia state, Adelaide is the country’s fifth-largest city by population.

CVX needed engineers who are committed to the semiconductor industry, and a site that is semiconductor-facility-friendly, with appropriate local laws and regulations, a supportive government as well as material resources and vendors to hand. Additionally, the ideal site should have a local clean-energy industry, giving a large potential “total addressable market” (TAM).
Adelaide ticked all the boxes, said Mr Kok. As an added bonus, CVX won a place in the government’s South Australian Landing Pad programme, which offers financial and other support.

The rapidly developing renewable energy market in Australia, especially the South, offers opportunities for the company. “I can see that the country is moving from fossil power to clean energy,” Mr Kok said. “Adelaide [is] the largest battery builder in Australia. Even [leading United States electric vehicle (EV) maker] Tesla is setting up a factory to manufacture batteries for its EVs.”

Mr Kok said there are several stages in CVX’s business plan, starting with setting up an R&D office in Adelaide in Lot Fourteen, followed by establishing a backend semiconductor support facility in Adelaide which support post fabrication and pre-packaging business operation. After this, CVX will set up a wide bandgap substrate fabrication facility in Tonsley.

Establishing an offshore base also required a network of people and organisations that could assist the process, and a number of organisations were helpful in setting up CVX, including the Hong Kong Trade Development Council, said Mr Kok.

While Adelaide had been the company’s top pick overall, there were also challenges, such as immigration procedures for hiring overseas staff, as well as procedures for opening bank accounts, renting office space and staff quarters. To overcome these, the firm used a good migration consultant, developed a strong relationship with a local bank and settled in technology-friendly office space provided by the Adelaide research parks.

“Having established ourselves in South Australia, CVX will commence an eco-circle, monitoring what its peers are doing and engage with them,” Mr Kok said. “The key to progress is sharing, rather than hoarding, information and priorities, he believes, balancing commitment and competition.”

Having done all the required homework, Mr Kok advised Hong Kong innovators who also sought to spread their wings abroad that they know their needs, do their research, go into the venture prepared, read the fine print, not rush into decisions or actions and be open to outcomes.