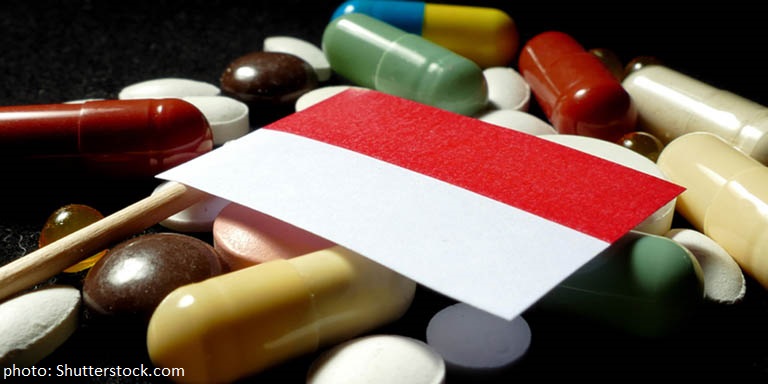 With a population of 270 million and growing, Indonesia is the largest market in Southeast Asia. In the medical sector, its annual pharmaceutical sales outpace those of Malaysia and the Philippines combined and, according to forecasts from London‑based Fitch Solutions, the value of such purchases could exceed 300.3 trillion rupiah (US$20 billion) by 2027.

Indonesia remains an emerging medical market but the ongoing transformation of its healthcare system, rising urban spending power and a greater awareness of health issues are all expected to drive increasing demand for pharmaceutical products and related technology. Of course, there are also a number of risks for any business looking to capitalise on these opportunities, notably with regard to intellectual‑property protection, slowing economic growth, the logistics challenge of servicing such a vast archipelago and the high levels of price sensitivity among local businesses and consumers.

Despite these potential drawbacks, Indonesia’s medical sector has been identified as a key means of nurturing economic development. Leveraging its strong population growth – expected to reach 310 million by 2045 – and youthful demographic, the country has also put in place plans to provide tax incentives to reboot inbound investment from pharma and biotech firms, which declined by about 25% in 2018.

All of this combined to ensure the 15th edition of the Jakarta‑hosted International Pharmaceutical Expo (IPEX) – an event focusing primarily on pharmaceutical processing and productive technologies – was particularly lively. This time around, the show was held in conjunction with AllPack Indonesia, broadening its scope to include packaging and automation technologies for the food, beverages, cosmetics and chemical industries.

Notable among the understandably substantial domestic presence at the show was Jakarta‑based Sanco, a business that has satellite offices in Surabaya and Semarang, which are also on the main island of Java. The company focuses on the import and sale of specialist equipment for the biopharma and chemical sectors – including homogenisers and fluid‑bed granulators – and primarily targets the agricultural, food, beverages and cosmetics industries.

Assessing the company’s prospects, Sales Engineer Roberto Ibrahim said: “Indonesia represents a very big market for us and one that is growing rapidly. At this particular event, there is a lot of crossover potential for our business, as we are promoting products for both the pharma and food‑production sectors.

“We now have sales operations in 53 countries. In line with this, last week we were exhibiting in Turkey, while we also regularly attend shows across Asia and Europe. As we are Indonesia‑based, though, we always make a point of attending this event as it allows us to meet the majority of our domestic clients.”

With automation expected to make an increasingly large contribution across the medical value chain, another Indonesian firm – Banten‑based Citra Niaga Cemerlang – was attracting particular attention due to the two advanced robotic models it had on display. Introducing the business, Petrus Budi, a Sales Engineer with the company’s CNC (Computer Numerical Control) and Robotics Division, said: “We launched in 1988 as the Indonesia distributor for a Japanese machine-tools company. Later, we developed Microtarra, our own brand of automation solutions. We now also distribute on behalf of Denmark’s Universal Robots.

“This year, we have two quite different robots on display – one is fully automated, while the other can interact with humans and manage multiple tasks, such as injection moulding and lab analysis.”

From slightly further away was another exhibitor, Singapore‑based Pharmedley. Founded in 2013, it supplies processing and packaging technologies, such as containments and aseptic isolators, to the pharmaceutical, biotech, chemical and cosmetics sectors.

Outlining the reach of the business, Technical Sales Director Kristien Barrett said: “We currently sell into Mainland China, India, Vietnam and the Philippines and are starting to do business in Myanmar, although we see Indonesia as more of a growth market.

“Essentially, we expect to expand faster here as more pharma companies are exporting from Indonesia and they all want high‑quality equipment. In order to prepare for that, we have appointed staff here and have opened a local office.”

No technically oriented trade show held anywhere in Asia – and in pretty much the rest of the world – would be complete without a large contingent from the mainland, with IPEX certainly proving apt testimony to that trend. Indeed, among those that had made the 10,000 kilometre round trip was the Austar Group, a Beijing‑headquartered manufacturer of pharmaceutical technologies, lab instruments and bioprocess systems.

Detailing the company’s current positioning, International Business Manager George Ye said: “After successfully growing our business in China, we now operate in 40 countries, with our overseas markets accounting for 30% of our turnover.

“We now see Southeast Asia as set to be a growing market for us. In terms of this particular show, we see it as mainly for the Indonesian market, with few decision‑makers from Thailand or Malaysia, for instance, likely to attend. That suits us, though, as we have an Indonesian partner and several local clients. Overall, we are primarily here to meet more end‑users from the pharma sector.”

Another mainland firm to make the trip Jakarta‑side was Shandong‑based Shinva Pharma Technology, a manufacturer of pharmaceutical processing and engineering equipment. This time around, it opted to showcase its range of ethylene oxide and powder drying sterilisers, tablet‑pressing machines and ultrasonic bottle‑washing machines.

Two other mainland exhibitors of note were Beijing‑headquartered Dr Pharm Precision Machinery and Suzhou’s CRH Pharmaceutical Technology. Dr Pharm has factories in the mainland capital and in Tianjin, where it designs and manufactures high‑precision equipment, including automatic tablet‑pressing and capsule‑filling machines. Among its current client list are such international brands as Novartis, Sanofi Aventis, Bayer and Wyeth.

Expanding upon the company’s aspirations, International Sales Manager Kevin Lin said: “Following our success in the [mainland] market, our goal is now to make the brand better known throughout Southeast Asia. So far, we have found there is considerable interest in what we have on offer, so it’s good to attend shows like this and meet new prospects as we see this market as set to become increasingly competitive.”

Drilling down into why Indonesia is quite such a priority for the company, Foreign Trade Sales Manager Toby Sun said: “We produce 1.8 million pieces per year and sell to 90% of the hospitals in [the mainland]. Having already expanded into the Middle East, Southeast Asia is our next logical priority.

“Accordingly, this is the second time we have exhibited at IPEX, and we already have a number of local customers. Our aim now is to extend our range of contacts and appoint an Indonesia distributor, something we will need if we are serious about servicing this huge market.”