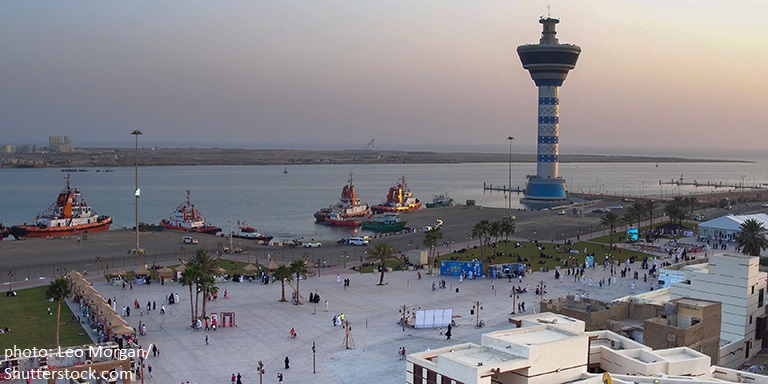 A new petrochemical plant is set to expand the Red Sea Port.

Saudi Arabia and Mainland China have jointly announced plans to build a US$5.6 billion petrochemical plant in Yanbu Industrial City on the coast of the Red Sea. The move is seen as forming a key part of the Belt and Road Initiative, China’s ambitious international infrastructure development and trade facilitation programme.

Until the mid-1970s, Yanbu was a fairly unremarkable port, but subsequent developments have seen it established as the world's third-largest refining centre. For the next stage of its evolution, Saudi Arabia's Royal Commission for Yanbu (RCY) – the state body responsible for the city's development – has agreed to provide the Saudi Poly Chem Company (and its, as yet, unnamed mainland partner) with a 200 hectare plot of land. Confirming the move, Fahad Al-Qurashi, the acting Chief Executive of the RCY, said: "We already have a particular Chinese partner agreed for the project and work will commence this year. Currently, we envisage that construction will be completed in 2024."

The supply of feedstock for the new plant will come courtesy of a Saudi-mainland joint venture that is already operating in the city – the Yanbu Aramco Sinopec Refining Company (YASREF). Widely acknowledged as the prime example of Saudi-mainland cooperation within the Belt and Road framework, the joint venture was given the go-ahead back in 2012 when the mainland agreed to underwrite a significant proportion of the US$8.6 billion costs. At present, Saudi Aramco owns 62.5% of the equity, with the remainder falling to Sinopec.

The refinery came online just over four years ago, rapidly moving into profit as it produced crude oil, gasoline and diesel oil for sale throughout Europe and Asia. Since then, it has become one of the key drivers of Yanbu's growth, with the city now producing more than 1.1 million barrels a day.

Sinopec is only one of a number of mainland firms making major contributions to Yanbu's ongoing development. In fact, the aggregated rate of growth is taking something of a toll on the city's infrastructure, while the sheer volume of lorries and heavy loaders has impacted negatively on many of the local road networks. At the same time, the increased number of private cars has made parking spaces hard to come by, while removing construction rubble has become a growing challenge, as has maintaining security within the city limits.

In order to tackle this, in 2016, in accordance with the objectives of Saudi Arabia's Vision 2030 initiative, the RCY resolved to establish Yanbu as the country's first smart city. To deliver on this, it partnered with Shenzhen-based Huawei, a market leader in end-to-end smart-city development.

As initially envisaged, this transformation would take place in three phases. The first would see the installation of all the required digital infrastructure, such as city-wide broadband and the necessary cloud-computing resources. The second phase would focus on the construction of a sensor-enabled system in order to facilitate all the specified security, intelligent public services and environmental protection services specified. The final phase would then see the adoption of a citywide management platform and a smart community portal.

In line with this blueprint, Huawei has already installed an optic-fibre network that extends across the whole of the city's residential, commercial and public spaces. It has also introduced a series of smart applications in order to better regulate parking, the transit of heavy vehicles, waste collections, energy management, streetlighting, population movement and even manhole covers.

Following the deployment of these applications, waste-management efficiency has increased 30%, public lighting energy costs have fallen 30%, while road-maintenance costs have been reduced 20%. Furthermore, the city's increased connectivity has demonstrably improved its appeal to investors beyond its core petrochemical offer.

In 2017, in order to build on the initial success of the project, the RCY signed two further agreements with Huawei. The first established an Innovation Centre for Smart City Services, while the second facilitated the founding of a local Huawei training centre in order to help accelerate the implementation of the smart city programme in a number of other key locations throughout the kingdom.