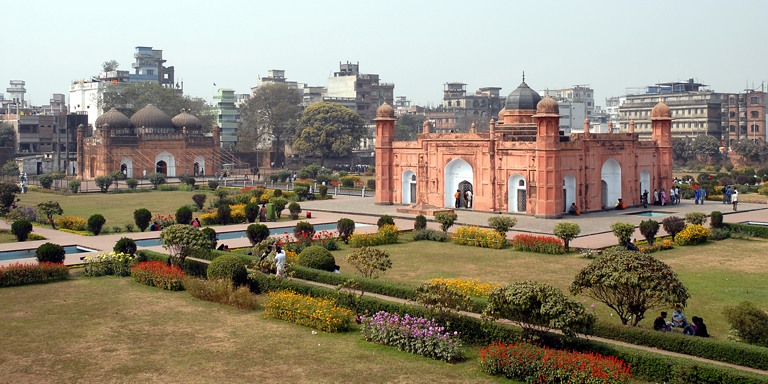 The Belt and Road Initiative has a key role to play in the country’s transformation.

Crowning the Bay of Bengal and linking India to Southeast Asia, Bangladesh has been a success story in recent years, with its economic growth averaging 7% a year over the past decade.

The Belt and Road Initiative had plugged Bangladesh into the global supply-chain network, he said. China had taken the opportunity to share its prosperity with other countries.

Economic relations with China were extensive, he added, with 250,000 Chinese people working in Bangladesh and Chinese industries using two economic zones in Bangladesh.

Mr Rahman believes that while globalisation and the multilateral trade environment appear to be under threat, they will prevail because technological change is driving the world in that direction.

He visited Hong Kong last month to attend the Asian Financial Forum and address the panel discussion, “Evolution of Global Trade and Supply Chain Finance”. Before the panel discussion began an audience poll showed just 25% of respondents were optimistic on economic prospects in 2020, while 47% were pessimistic and 28% neutral.

Mr Rahman himself is very optimistic about Bangladesh’s outlook considering its robust recent performance. The country had invested heavily in infrastructure to improve its economic performance, and the Belt and Road had played an important role. Power capacity rose from just 3 gigawatts to 24GW in the space of 10 years, he pointed out.

The country’s development has been inclusive, benefitting a large part of the population, he said. The poverty rate declined from 51% in 1991 to 21% in 2018. Bangladesh is a pioneer in the microfinance field, being the home of Grameen Bank which has launched many small businesses.

The government provides 7,500 different services to its population, and has so far made 3,000 of these available through online application. This has improved efficiency and cut down the level of corruption.

Mr Rahman said technological progress is rapidly transforming the world, with the fourth industrial revolution in progress. The key to thriving in this fast-changing world is being ready for the challenges that are coming. Education is vital for this; computer coding is now part of the primary school curriculum, to prepare children for the high-technology focused world they will enter.

Technological progress had democratised the economy, he said. Fibre optic infrastructure is widespread in the country and is available down to village level. The smallest level of local government is “union”, Mr Rahman said, and the country has 5,000 unions, of which 3,500 are connected to the fibre-optic backbone Internet network. This has improved efficiency of a wide range of services.

Technological development is high on the country’s priority list, including developments in such cutting-edge fields as robotics, artificial intelligence and quantum engineering. Bangladesh has built 28 high-technology parks and software technology parks.

“The IT industry will be the topmost revenue earner for the country in the coming days,”  said Sajeeb Ahmed Wazed, ICT Affairs Adviser to the Prime Minister of Bangladesh.
The Prime Minister, Sheikh Hasina, said: “We are committed in establishing Digital Bangladesh by 2021.”