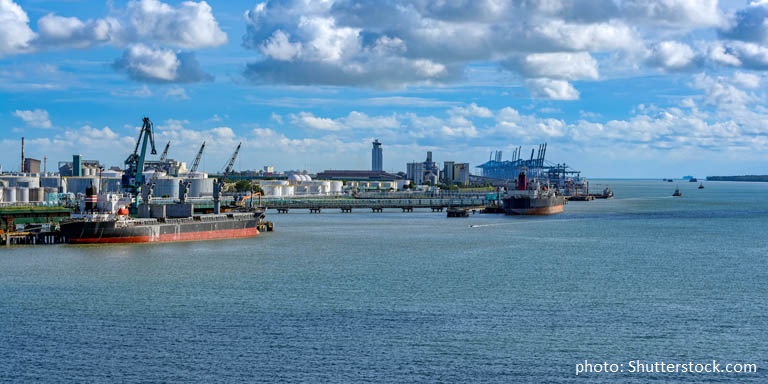 Malaysia rail link back on track

The high-speed line spanning Peninsular Malaysia is now scheduled to arrive in 2026.

Work is set to resume on the East Coast Rail Link (ECRL), the Belt and Road Initiative project that will ultimately directly connect the east and west coasts of Peninsular Malaysia with a dedicated train service for the first time.

The ECRL is directly aligned with the aims of the Belt and Road Initiative, China's ambitious international infrastructure development and trade facilitation programme, while also delivering on Malaysia’s own commitment to revitalising its underdeveloped east-coast region and upgrading the transport links between its cities, towns and rural areas. Work on the project officially commenced in August 2017 but initial progress was stalled amid financing concerns.

In 2018 newly elected Prime Minister Mahathir Mohamad stalled the project, as well as many others, while its viability and ongoing costs were reviewed.

At the time, Mr Mahathir said the previously agreed interest repayments for the 65.5 billion ringgit (US$15.85 billion) project would be unmanageable.

Following nine months of renegotiation between the mainland and Malaysian governments, a revised and slimmed-down ECRL financing road map was unveiled in April last year. The following November, updated route details were released for the northernmost section, which runs through Kelantan and Terengganu states. This highlighted a reduction in the line to 640 kilometres from 688km, a decision that permitted 44 billion ringgit in savings, a third of the previous total. In a revision to the initial schedule – and primarily to allow for the acquisition of land rights in the re-routed areas – it was also announced that that target completion date had been pushed back to December 2026 from June 2024.

As in the original ECRL plan, however, the construction cost is to be underwritten by a loan guarantee from the Export-Import Bank of China (EXIM Bank), while a higher level of participation by local contractors was written into the new agreement. This will involve them working closely with China Communications Construction Company (CCCC), the mainland's state-owned infrastructure development giant, which remains the lead developer on the project.

According to figures provided by the Malaysian government, the construction cost has now dropped to 68.7 million ringgit per km from 95.5 million ringgit per km. The savings came from a number of changes made to the initial proposals, including shortening the overall length of the railway, removing the northern extension that would have run from Kota Bharu to Pengkalan Kubor near the Malaysian-Thai border, and re-routing some of the planned elevated sections to allow them to run at ground level.

As of November last year, about 12.86% of the project was said to have been completed. Once finished, the single-gauge electric railway will connect Port Klang on the west coast, the country's largest container port, with Putrajaya, its administrative centre. It will also stop at several urban centres and ports along the eastern seaboard and offer a 160km per hour passenger service and a more sedate 80km per hour freight service.

For its part, CCCC has further committed to develop logistics hubs at each of the three interchange stations, as well as two industrial parks on the east and west coasts. It will also enter into a 50:50 joint venture with Malaysia Rail Link Sdn Bhd, the national rail operator, to manage and maintain the ECRL once it comes online.

The one missing element of the revised plan – funding for the local contractors – finally fell into place late last year when the Small Medium Enterprise Development Bank Malaysia (SME Bank) announced it had set aside about 1 billion ringgit for that specific purpose. This will now see such workers take on responsibility for up to 40% of the revised project.