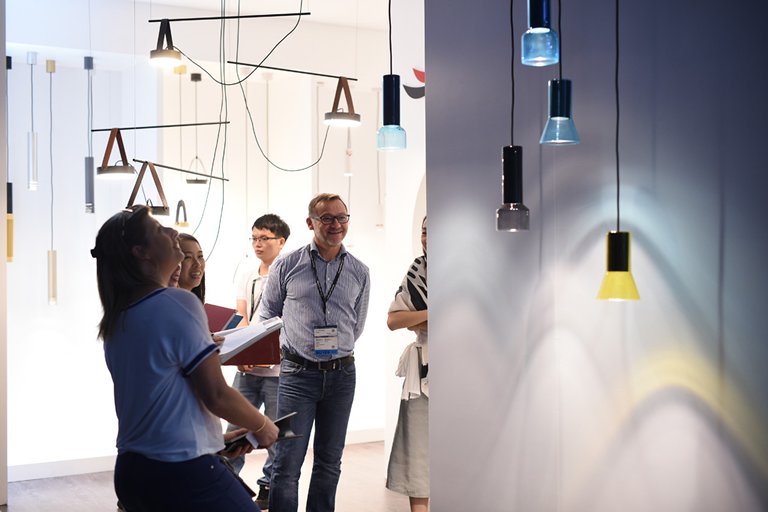 Although the trade negotiations between China and the US have made some progress in recent few months, it does not immediately relieve the pressure on the lighting industry. According to a survey conducted recently by HKTDC Research during the course of the 2019 HKTDC Hong Kong International Lighting Fair (Autumn Edition) held from 27-30 October, an increasing number of respondents have expressed their concerns over the immediate consequences of the ongoing China-US trade tensions. The industry has evidently become less optimistic about overseas market prospects.

Product-wise, most industry players anticipated that LED and green lighting would have the greatest market potential in 2020. With regard to the most promising segment for LED, the industry players indicated that the market will see increasing applications of LED in indoor household lighting and smart lighting systems.

Just over half (53.7%) of all respondents were concerned about the negative impacts that the China-US trade tensions would have on their export businesses over the short term, up by 6.6 percentage points from 47.1% in the last Fair held in April 2019. Meanwhile, some 10.6% of respondents believed that they could actually benefit from the trade tensions, compared with 6.3% in April.

Overall, buyers and exhibitors had different perceptions of the possible consequences from the China-US trade tensions. The former were more pessimistic, with 60.2% of buyers expecting some negative impacts over the short term (up from 39.8% in April), while the latter were more optimistic, with 23.8% of exhibitors expecting some positive effects (up from 6.6% in April).

However, assessing the market prospects of lighting items for 2020 as a whole, both buyers and exhibitors have become more cautious than in the previous Fair. Some 19.6% of buyers and 29.3% of exhibitors expected that their sales would grow in the coming year, decreasing substantially from 54.1% and 54.9%, respectively, six months ago.

With regard to the performance of individual markets for lighting exports, the industry was more concerned about the growth prospects of traditional markets over the next two years. Rating on a scale of 1 to 5, with “1” indicating a “very unpromising” market and “5” indicating a “very promising” market, industry players expected the Asia-Pacific region would remain the key market for lighting products, including Japan at 3.61, South Korea at 3.52 and Australia and Pacific Islands at 3.48. Among traditional markets, respondents have become less confident of the market prospects of North America, with its rating dropping the most by 0.52 points to 3.23.

Respondents have also become less optimistic about the prospects of emerging markets. The ratings for ASEAN countries and mainland China have dropped by 0.41 and 0.52 points, respectively, although both remain favourable markets in Asia at 3.56 and 3.49. Outside Asia, Latin America (3.54) is also expected to have greater demand for lighting products compared with other emerging markets.

Probably in view of the increasing environmental awareness worldwide, most industry players anticipated that LED and green lighting would have the greatest market potential in 2020, with some 34.5% of respondents backing them to have the largest growth in sales in the coming year. Other respondents also saw lighting items for household use (18.8%) as the most sought-after items in the coming year, followed by commercial lighting (12.9%) and smart lighting and solutions (12.7%).

Among all the lighting segments, the industry saw increasing applications of LED in indoor household lighting over the next two years, with some 30.5% of respondents expecting the largest growth in this sector, up from 28.1% in the last Fair held in April 2019, followed by smart lighting systems (21.8%) and outdoor lighting (15.7%). Commercial lighting was seen as one of the fastest growing sectors for LED six months ago, but its popularity had dropped from 27.5% in the previous Fair to 12% this time around.

The HKTDC Hong Kong International Lighting Fair 2019 (Autumn Edition) took place from 27-30 October. During the course of the four-day event, HKTDC Research interviewed 669 industry players – 410 buyers and 259 exhibitors – in order to determine their views on the lighting sector’s prospects and the product trends likely to prove significant over the coming year.