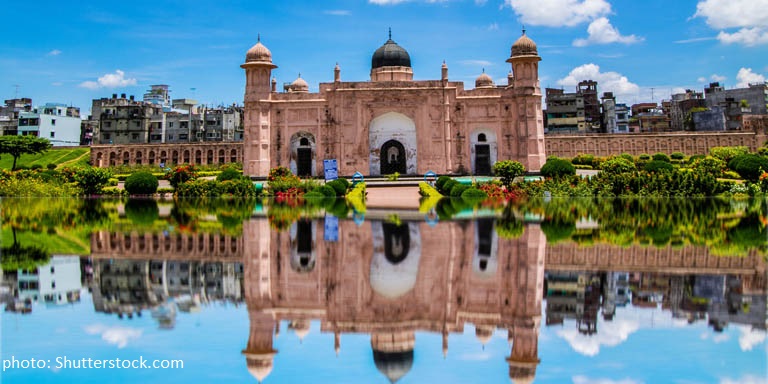 Completion of a US$434 million Dhaka facility represents new high-water mark in China’s relations with Bangladesh.

Late last month, Sheikh Hasina Wazed, the Prime Minister of Bangladesh, was the guest of honour at the official opening of the Padma (Jashaldia) Water Treatment Plant. Set in Dhaka, the national capital, the facility is one of the key projects in the country to be developed within the framework of the Belt and Road Initiative, China's ambitious international infrastructure construction and trade facilitation programme.

Work began on the project in 2015, with the Beijing-headquartered China CAMC Engineering Co (CAMCE) appointed as lead developer. One of a number of major projects aimed at ending the shortage of clean water in the country, it will provide 450 million litres a day once fully operational. Set just south of Dhaka, it will primarily draw water from the nearby Padma River.

Completion of the project marks a major step forward for Bangladesh's ongoing water purification programme, an initiative that has won substantial international backing. In 2007, for instance, the Asian Development Bank (ADB) provided US$212.7 million in funding for the Dhaka Water Supply Sector Development Program, as it was then called.

Back then, the country was in the midst of something of a water emergency. With its economy surging – and heavily reliant on access to fresh water – and its population heading towards the 20 million mark, the Dhaka Water Supply and Sewerage Authority (DWASA) was faced with something of an existential crisis. With inadequate delivery systems and a seriously substandard sewage treatment infrastructure, the city was over-extracting groundwater and on course to some degree for an environmental catastrophe.

In order to stave this off, drastic action was taken. In the first instance, a fundamental citywide review of the existing water system was implemented. This led to the initiation of a whole new approach, geared to ensuring provision of a sufficient water supply to every part of the city, even to its many otherwise substandard residential areas.

So successful was this overhaul that a recent review of the process by the ADB – titled “The Dhaka Water Services Turnaround” – singled it out as an example of regional best practice. The bank trailed its report as the tale of “how a nearly bankrupt, dysfunctional utility became one of South Asia's leading public utilities”.

The Jashaldia plant was one of the largest projects given the go-ahead in the wake of the review. Of its total cost of 36.7 billion Bangladeshi takas (US$434 million), the China Exim Bank provided a preferential loan of about 24 billion takas at a 2.5% interest rate, with the rest of the funds coming from the DWASA and the Bangladesh government.

As well as the construction of the Jashaldia treatment plant itself, the success of the project also depended on the laying of an extensive pipeline – for which land first had to be acquired – in order to provide clean water to the more remote parts of Dhaka, including Keraniganj, some 35 kilometres to the north. From there, water is now supplied throughout the capital and the surrounding areas via a network of submerged pipes that run along the bed of the Buriganga River.

The completion of the plant will now see drinking water freely available for millions of local people, significantly easing the supply shortage in Dhaka and the surrounding areas. This has been widely seen as making it a clear example of the Belt and Road’s developmental benefits.

Putting the project into perspective, Li Jiming, the Chinese Ambassador to Bangladesh, said: “This development is vital to the livelihood of the people of Bangladesh, making its benefits inarguable. It also marks a new high point in the long friendship between China and Bangladesh and will be seen as one of the key successes of the Belt and Road Initiative.”