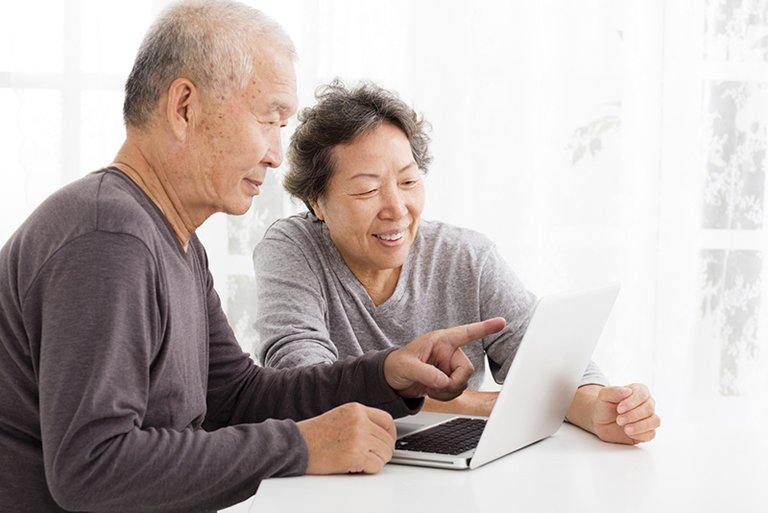 China’s Elderly Market: The Changing Lifestyles of the New Old

The majority of elderly people in mainland China today enjoy good health thanks to advances in medical technology and improvements in living conditions. The social environment is also changing. Thus, their attitudes and lifestyles are very different from those of their predecessors. The consumer survey commissioned recently by HKTDC Research [1] has found that the new generation of elderly people on the mainland leads an active social life. Many of them meet frequently online as well as face-to-face, and enjoy sharing consumption information with friends. At the same time, increased incomes and appreciating asset values have resulted in greater expenditure in the ‘silver market’. In addition to their rising level of consumption, elderly people are more than happy to try new products and services.

Traditionally, Chinese people set great store by family. Many of the elderly spend much of their time at home looking after their grandchildren, paying little attention to their own needs and aspirations. The HKTDC Research survey, however, discovered that the new generation of mainland seniors leads a more independent life than their predecessors did. The overwhelming majority of the respondents (93%) agreed with the proposition that children should have their own world while older people have their own living arrangements. One of the comments in the focus groups was: “Life after retirement is the beginning of another phase of a more wonderful life which we intend to enjoy.”

Elderly people on the mainland are socially active. They love to interact with family and friends and communicate and meet with them frequently, both online and offline. The survey found that 43% of respondents communicate online with friends and relatives at least once a day, while 30% do so at least twice a week, averaging 3.81 times a week. The frequency of offline communication (meeting face-to-face) is lower than online communication, averaging 1.83 times a week.

The new generation of elderly people meets together in many different ways. In addition to the usual forms, such as morning dim sum gatherings and morning exercise, they may now go on outings or have karaoke parties. Many of them are also using instant messaging apps (such as WeChat and QQ). Even though they are retired, they stay in touch with former schoolmates, colleagues and family and friends using WeChat. Many elderly people said in the focus groups that WeChat groups help them stay connected with family and friends. “It is easy to organise gatherings through chat groups.”

Changes in who foots the bill also make elderly people more willing to take part in gatherings. In the past, one person usually played host and paid for everyone. The survey found that elderly people nowadays have the habit of sharing expenses (“going Dutch”) or taking turns playing host. As a result, they do not feel obliged to join any gathering. This indirectly encourages more people to participate.

Elderly people on the mainland are happy to share their consumption experiences, as they communicate online and offline more frequently. Reading posts shared by their friends may, to some extent, stimulate their own desire to buy. However, the survey found that only a relatively small percentage (27%) of elderly people think that such shared information would result in pressure, reflecting that they have a mind of their own. Sometimes the sharing of information may be used as a means of sales promotion. For example, consumers may get rewards or discounts from stores after sharing product information with friends. Elderly people are quite willing to go along with this practice.

The channels for sharing consumption information are quite diversified. The survey found that many elderly people are using more than one channel to share information. The majority of elderly people (82%) share consumption information with family and friends at gatherings. 59% of elderly people are using instant messaging apps. In the case of those aged 70 and above, they have a distinct preference for face-to-face communications. While that’s a preference shared by those in the 60-69 age bracket, such individuals are more open to using instant messaging apps than their more senior counterparts. About one-third of the respondents said they have used social media (including WeChat Moments and Weibo) to share consumption information with family and friends, but only 10% of all respondents said this is the channel they most often use.

The independent lifestyle of the new generation of elderly people on the mainland has a lot to do with their increased income and assets. The survey found that 75% of elderly people say they are receiving a higher pension today than a few years back. Since their children are also earning more, they no longer need to help their children financially. One of the comments from some respondents in the focus groups was “Who doesn’t have a few flats in our generation?”

Increased income and asset appreciation have resulted in changing consumption in the mainland ‘silver market’. 84% of respondents said they are now using better products/services than before, although more than 50% of respondents said satisfying their basic needs is good enough. The survey found that elderly people are willing to spend more for better products/services in areas of interest to them. Elderly people are quite open to change. Close to 80% of respondents agreed that old people should keep abreast of the times and try more new products and services. Overall, elderly people in the first-tier cities are more willing to try new things than their counterparts in the second-tier cities.

Smart products are becoming increasingly commonplace thanks to advances in science and technology. Products in the market invariably have smart/high-tech features. Rather than this being a deterring factor, smart products are positively embraced by older consumers. 76% of respondents agreed that the use of smart products is inevitable and they are happy to spend time to learn if necessary. 59% of respondents said they are happy to spend more money to buy products with smart elements. Among the respondents, elderly people in the first-tier cities are more receptive to smart/high-tech products than their counterparts in the second-tier cities.

As discussed above, smartphones have enlivened the social lives of older adults. One of the comments in the focus groups was “WeChat group chat is very helpful, much more efficient than making phone calls,” suggesting that older people appreciate the convenience smart products offer. Although smart products have many functions, some elderly people do not find them very user-friendly. About 50% of respondents find the use of these products too cumbersome. As to whether smart features are necessary, 66% of respondents said they find ordinary products more suited to their needs.