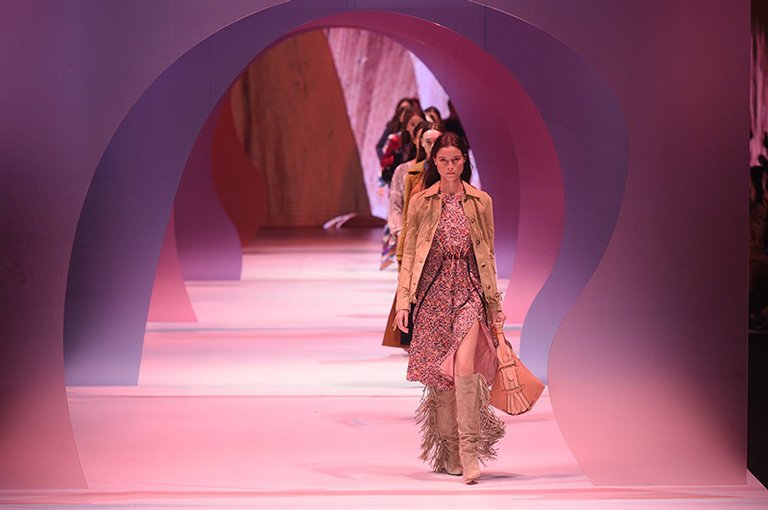 Less Optimistic: The 2020 Outlook for the Apparel Market

Now in its fourth year, CENTRESTAGE is a fashion brand-promotion, launch platform and trade exhibition organised by the Hong Kong Trade Development Council (HKTDC). In the course of the event, HKTDC conducted face-to-face interviews with 233 buyers and 72 exhibitors [1] to gauge the market sentiments regarding industry prospects, latest product trends and e-tailing developments.

Overall, the results showed that industry players have become more pessimistic about sales prospects over the next 12 months. Both buyers and exhibitors are most concerned about the sluggish global economy while exhibitors tended to be more sceptical about global trade tensions and mounting trade barriers. Greater unity was seen when it came to evaluating product trends, with the majority of buyers and exhibitors backing casual wear to be the most popular category.

In general, exhibitors were more pessimistic than buyers with regard to their likely sales performance in 2020. In total, 16% of buyers and 39% of exhibitors expected sales to decrease over the next 12 months. This is in line with the recent inclusion of clothing and fashion items in the US 301 tariffs. For instance, starting 1 September 2019, most of the mainland China-origin appeal and made-up textiles are subject to 15% additional tariffs when entering the US market, while the levy on the remaining tariff lines will take effect on 15 December 2019.

The slowing global economy remains the biggest challenge for many CENTRESTAGE participants, with 49% of the buyers and 57% of the exhibitors sharing this concern.

For buyers, the next major business challenges include increases in operating costs (46% of buyers), keen competition within the industry (41%) and the slowdown in mainland China’s economy (31%).

Exhibitors, on the other hand, are more wary of the slowdown of the mainland Chinese economy (42% of exhibitors), followed by changing global trade relations (36%) and the changing political environment (35%).

With respect to the likely impact of the ongoing Sino-US trade dispute, a higher percentage of both buyers (35%) and exhibitors (41%) expected a negative impact, compared to 32% and 29%, respectively, last year.

This increased pessimism is believed to have been triggered by the inclusion of apparel items in the US Section 301 tariffs of 15% on the majority of mainland China-origin apparel and made-up textiles (of HS chapters 61 through 63) starting 1 September 2019 and the additional tariff measures on the remaining apparel items scheduled to go into effect on 15 December 2019. For the latest update, please click here.

Casual Wear Remains the Most Popular

Casual attire has become more acceptable in an increasing number of social settings and casual dress seems to have transitioned into more of an everyday practice. In total, 70% of buyers and 50% of exhibitors were confident that highest level of demand would be for casual wear and city wear over the coming year, followed by fashion accessories such as belt, watch, gloves, hair accessories, handbag, footwear and sunglasses.

Buyers and exhibitors had slightly different expectations regarding the most prevalent product development strategies in 2020.

Exhibitors, on the other hand, believed that ‘collections made from new materials’ (38%) and ‘brand licensing products’ (38%) would be the most favoured product development strategies moving forward, followed by ‘celebrity or key opinion leader-endorsed fashion collections’ (35%).

Online trading continues to be a popular and significant sales channel for the apparel industry, with 55% of buyers and 44% of exhibitors currently engaged in e-tailing. Among those already engaged in e-tailing, the average sales revenue contribution from the channel was 35% (buyers) and 46% (exhibitors).

Of those companies currently engaged or planning to engage in e-tailing, 73% believe the channel is most suitable for selling womenswear, followed by menswear (42%), casual wear (23%) and footwear (16%).

Among those companies engaged or looking to engage in etailing, 56% were sourcing or will source from mainland China, followed by Hong Kong (27%), Western Europe (20%), South Korea (15%) and Taiwan (14%).

It is also noteworthy that companies currently not engaged in e-tailing have become more cautious this year, with only 19% of them indicating an intention to start selling online within two years, a drop from 29% in the previous year.