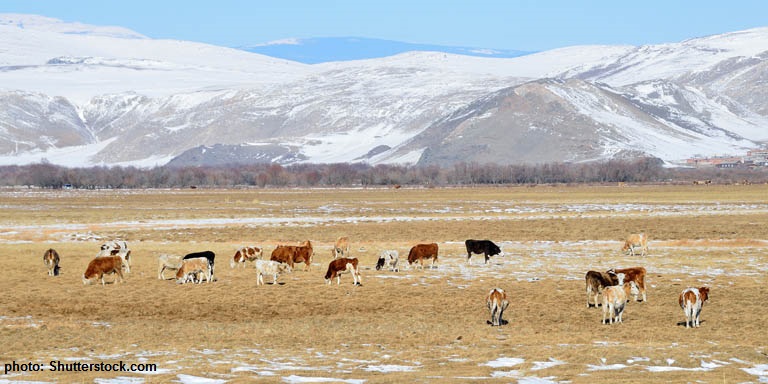 Milk set to flow from Russia

As well as the expected investment opportunities opening up in Russia's Far East in such sectors as logistics, tourism and border trade, the potential of its agricultural industries is also starting to attract attention. In pole position here is the dairy sector, with the current production shortfall across much of northeast Asia seen as having created a ready market.

Among those looking to capitalise on the opportunity represented by the underdeveloped dairy-farm sector in this outlying Russian region is the Inner Mongolia-headquartered Mengniu Dairy group, one of Mainland China's leading suppliers of milk, yoghurt, ice cream and other dairy products. The 20%-state-owned company has committed to a joint venture with the AFK Sistema Group, a Moscow-headquartered conglomerate with interests stretching from information technology and telecoms to real estate and biotechnology. This will see the two jointly invest US$750 million in developing the region's dairy sector, with the aim of raising its milk production to about 500,000 tons a year. If successful, this would make it not only the largest dairy production project ever to be undertaken in Russia, but also one of the most sizable in global terms.

In terms of detailed implementation, it is envisaged that pastureland will be sourced from the 150,000 hectares already owned by Agroholding Steppe, Sistema's existing agriculture-focused subsidiary. Once operational, the joint venture will distribute milk throughout the Far East region and across the border into the mainland, with much of it processed through Mengniu's production facilities in Heilongjiang, the mainland's northernmost province.

OEM / ODM approach Although the two companies agreed to go ahead with the joint venture during the course of the Eastern Economic Forum in Vladivostok in early September, its formal structure has yet to be announced. Within the industry, though, it is expected that initial production will be on an original equipment manufacturer (OEM)/original design manufacturer (ODM) basis, an arrangement that would allow both parties to make use of their existing production facilities, while sharing any accruing profits. It is believed that such an approach, while possibly taking longer to implement, could give the project longer-term stability.

In terms of the size of the potential market, the Russian National Dairy Manufacturers Union estimates that, in the Far East region alone, demand for milk outstrips local supply by some 700,000 tons a year, with the total market capacity said to be about 1 million tons. It also noted that, in addition to the domestic market and the likely demand from the mainland, the region is also well-positioned to serve the fast-growing and currently undersupplied markets of Vietnam, Indonesia and Korea. With raw milk transport often problematic, the union also recommended processing the milk locally and then exporting processed / packaged products.

Despite the seemingly clear market opportunity, convenient logistic arrangements and the growing international demand, the management team behind the joint venture might do well to bear in mind that they are not the first to embark on such an initiative. In February 2017, RusAgro, one of Russia's largest agricultural businesses, announced plans to invest US$1 billion into dairy farms across the country's Far East, with the aim of producing 500,000-600,000 tons of raw milk a year. To date, there's been no conspicuous progress on the project, although a spokesman for the company has confirmed it remains committed to the initiative over the longer term.

Assuming that either or both of the projects come to fruition, Hong Kong is well-positioned to help drive sales of Russia-origin dairy produce on the mainland and throughout the Southeast Asia region. In this regard, it could leverage its existing logistics connections to the seaports of the Vladivostok basin, as well as its internationally recognised certification and testing expertise. In addition, its marketing and branding resources could play a key role in facilitating market access, while it is also well-equipped to function as a key distribution/storage hub.