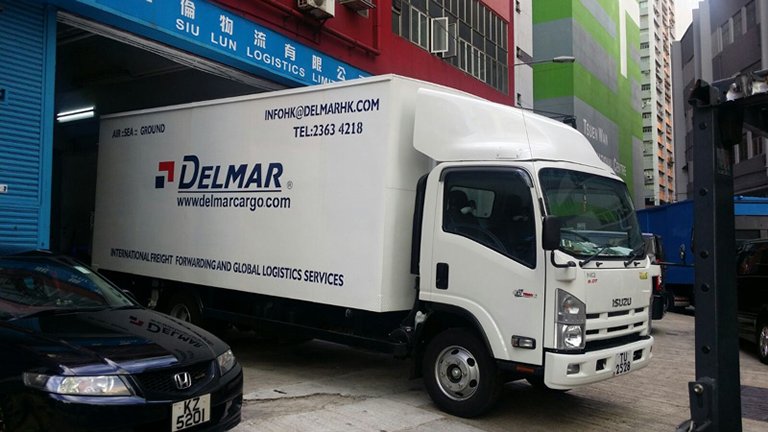 The massive production potential of the Greater Bay Area (GBA) is in little doubt, but without the skill, know-how and infrastructure required to get products to market, whether domestic or overseas, production capacity is rendered worthless.

This is where logistics firms like Delmar International (Hong Kong) Ltd comes in. Established as Delmar International Inc, a Canadian customs broker in Montreal, Canada in 1965, the company has grown in size and scope. Today it employs more than 1,200 people in 12 countries and regions, offering cargo management and supply chain services.

A key and growing part of that business is in Hong Kong and mainland China, where the company employs upwards of 300 staff directly and indirectly. For Delmar Managing Director, Jackie Lee, the company’s extensive presence across the Chinese land mass will be boosted by the GBA Initiative.

The GBA aims to closely link nine major provincial cities in Guangdong province with the Hong Kong and Macau Special Administrative Regions (SARs) to create an economic zone which will form a key component in the next phase of China's economic development. The area covered by the initiative has a combined gross domestic product of US$1.5 trillion.

Lee is a Hong Kong native who spent 14 years studying and working in New Zealand, before returning to his hometown in 2004. He regards the GBA as an opportunity that aims to take with both hands to grow existing business. He said: “To us, the Greater Bay Area is an extension to our already established network.

“We are a fully integrated logistics and supply chain company. Traditionally, a lot of logistics companies focus purely on freight, from point A to point B, however, we are full spectrum operation; we look to add value to the production and value chain.

“In this respect, I am not just talking about the freight side of things – everyone is doing that – there is no new money in that. We need to move upstream, and downstream in order to capitalise. This is part of our uniqueness.”

Lee believes that Hong Kong is a unique location with much to offer in terms of the development of the GBA. Despite the fact that there is little or no manufacturing in the SAR, the city is key in terms of financing and accounting, not to mention the city's respected common law legal system and well-established links to foreign markets, as well as its international outlook.

Lee said: “About 70% of our air freight shipments are dispatched from Hong Kong because of the range of carrier choice. It’s a very mature air flight hub system where we are literally able to operate on a 24/7 basis. In mainland China, we still have some time limitations, although I believe those limitations are getting smaller and smaller.”

Lee said Guangzhou, Shenzhen and Macau airports are catching up, meaning Hong Kong should continue upping its game to ensure keeping its competitive edge. He adds that the completion of the Hong Kong-Zhuhai-Macao Bridge will help products reach Hong Kong, in particular from the western side of the Guangdong region.

On the sea freight front, he also praised a move by the operators of Hong Kong container terminals to come together to promote themselves, but said that more expensive handling charges compared to the mainland remained an issue.

Delmar offers a mature international air and sea freight forwarding service, online and offline distribution services, warehousing, courier operations and has just added a new and crucial new pillar to its traditional core logistics operation, namely, an advisory and consultancy division. This was introduced because overseas customers are more comfortable setting up in Hong Kong than in the mainland.

Lee was optimistic about his company’s new consultancy offering, saying: “I expect this part of our business will be a new pillar to complement the other arms of our logistic business. Smaller operators may not have the scale to provide what we are offering with our advisory services. It is like two smaller and agile operations coming together.”

He added that Hong Kong was renowned for freedom of speech and international trading know how, saying: “We have a very good legal and financial system with good ties to western countries rather than the Chinese law, which a lot of foreign companies are not comfortable with or do not comprehend.”

Lee believes through the GBA, Hong Kong can become a hub to help companies to move into China in stages. He said: “This is where our advisory and consultancy arm, which we set up at the end of last year [2018], comes in. A lot of companies who want to sell into China may want to set up a company in Hong Kong as a test market for their products to get patents and to get trademarks all sorted before they enter into the China market.

“This is one of the business initiatives that we are taking for a lot of international companies, including garment firms, fashion retailers, electronics, food and beverage related companies; they all see Hong Kong as a hub to get into China. It is a new layer to the business which helps develop the logistics core of our operations. A turnkey service if you like.”

Delmar’s new business arm allows it to capture clients and partners right from the outset, in effect creating their requirement for traditional logistics services, such as air and sea freight, as well as creating an online and offline presence in Hong Kong and China at whatever level their business partner requires.

Lee said that the company’s advisory arm can also help business partners set up a physical operation in Hong Kong, and source secretarial and legal services in the city so new companies can sort out issues such as trademarks. He said: “We have professional partners to help us in the provision of these services.

“Hong Kong also has the advantage of being a free port, so there are no complications. If companies send their products into a bonded warehouse situation in mainland China, they still have to go through a complex process of customs documentation. In Hong Kong, we do not have that layer of restriction.”

Trade War Not for Ever

Of course, recent worries about the ongoing trade war between the US and China have surfaced and Lee says some of Delmar’s customers are starting to look at production bases beyond the mainland. This may be to the company’s advantage, as Lee explained, saying: “This scenario can also be turned on its head. We see a boost in the business of shipping their plant, production capabilities to other markets, which means it creates a new sector of demand for logistics. It needn’t be a negative thing.

“I believe the trade war will cause problems, but it will be a glitch, sooner or later we will all move on. The trade war will not be sustainable for a decade. A lot of US consumers are not feeling the pinch yet, but they will. China does not trade solely with the US. With the trade war, it may speed up China moving to buy from other countries, thus creates other opportunities.”

Lee also believes China is changing and the GBA Initiative – with Hong Kong as a key pillar – is well positioned to capitalise on such fundamental changes. He said: “China is changing. In the past three decades, the country’s economy has been primarily an export economy. The next three decades will be imports, thanks to the huge and growing middle class in China. It is not news that mainland people prefer imported products. If the consumer can afford foreign-made products, they would prefer to buy them.”

This, he believes gives Hong Kong the opportunity to be a very good jumping board for imported products to make their way into the mainland. Delmar describes the opportunities afforded to both Hong Kong and the wider GBA by these structural changes as “substantial”.

It is even more difficult on the mainland, because the younger generation is very ‘jumpy’. Lee said: “If another job offers RMB200 more a month they will jump. This is universal, not just in the GBA. There are lots of glamorous jobs in the market, but the logistics industry is not seen as glamorous, so we struggle to get the top tier of the labour force. This is a structural issue for the industry.”

Despite this perception, Delmar has capitalised on the GBA market to create a data-centre in Guangzhou, where the locals speak perfect Cantonese, to assist with Hong Kong back office work. The comparatively lower salary and a much closer cultural link between GBA cities makes this initiative attractive.

Belt and Road, GBA and a Smart City Future

The Belt and Road Initiative (BRI) can definitely bring synergies in conjunction with the GBA. For example, Lee believes that it helps open up the Australasian, Middle Eastern and European markets. Companies that used to sell primarily to the US are looking for new markets.

Lee sees the China–Australia Free Trade Agreement as helping to facilitate new business, adding that Hong Kong has also recently signed a free trade agreement with Australia. Law and accounting firms are pushing their back office operations into the mainland due to cheaper rents and abundant labour force.

Lee also believes that at the heart of the success of the GBA Initiative must be the development of smart thinking. This includes city planning, transport infrastructure, artificial intelligence and the use of data to facilitate production and the logistical business of getting the products produced in China's economic powerhouse areas to market.

Lee said: “The great thing is, China is at the leading edge in such matters. And due to a migration of heavy industry to the northern part of China, with all the environmental problems that entails, the GBA is becoming a healthier and more liveable working environment.”

Delmar believes that the huge strides made across the GBA to improve physical rail, road and shipping infrastructure have made the business of logistics much easier and more profitable. Lee said: “For instance, shipping goods from the western parts of China has become much less troublesome. It is also much easier to get to meet potential business partners face-to-face than it used to be, which we all know is very important.

“Logistics is one of Hong Kong’s key pillar industries. But there are difficulties, such as land shortages and labour costs. However, the GBA will allow us to multiply the scale of what we do in China at a comparatively smaller investment.”

SWOT Analysis of Hong Kong as an International Business Hub: A Logistics and Transportation Nexus