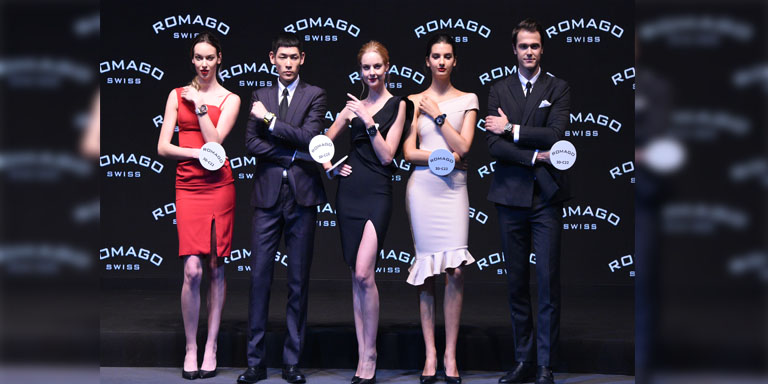 IT’s all on the wrist

The smartphone might be the device which ate everything but another gadget has its eye on that lunch – the smart watch.

Buyers and exhibitors at the 38th edition of the HKTDC Hong Kong Watch & Clock Fair and the seventh edition of the Salon de TE, which ran from 3-7 September, identified smart watches as the leading product trend for 2020.

Underlining the trend, industry experts came together at the Asian Watch Conference, themed “Get Connected: Smart Techs for Smart Watches”, to explore digitisation trends and opportunities in the mobile Internet era, with a specific focus on smart and hybrid watches.

Mr Martin said 4 billion people around the world use the Internet – up from just 2 billion a decade ago – and 41% of these users access the Internet daily. He emphasised the advent of “digitisation democratisation” – half of connected users are now from emerging economies, while 10 years ago most were in developed markets. Other recent developments include the change in lifestyles in the connected world; until recently people mainly used the Internet for communication but now everything can be connected − from homes and cars to traffic lights.

He said these changes have helped empower consumers, making them the centre of the digitised world. But these enormous changes had resulted in passive consumption, as businesses used big data and artificial intelligence (AI) to predict what consumers needed. And it has resulted in a “digital detox” for many people. Euromonitor research found that 25% of consumers say passive access to the Internet adds stress to their lives. As a result, big companies like Apple, Google and Facebook are enabling users to actively manage their online access.

Other issues are whether the connected device is relevant, in terms of addressing unmet consumer needs or adding extra value to the consumer experience; whether it does the job it was designed to do; and whether it is user-friendly, in terms of allowing effortless interactivity, for example.

Mr Martin discussed the ever-changing positioning in the smart wearables ecosystem, as sportswear manufacturers such as Nike enter the smart-tracking market. “Differentiation allows product cohabitation,” he said. Traditional timepieces offer the time function, while the others are mainly fashion-oriented.

He pointed out that traditional watch players have seen a recovery in the market, while those aggressively pursuing smart watches have seen sales fall recently. Brands such as Swatch, Rolex, Omega and Casio, for example, have all seen a recovery, while hybrid sales have declined.

Mr Martin discussed the issue of “analogue reinvention”. Aware of the power of digitisation and connectivity, analogue watch manufacturers and retailers have been trying creative approaches, he said. One example is slow watches, which use a 24-hour dial. This is in-sync with the “slow movement”, while minimalistic designs are also proving popular these days, he explained. Instead of pushing people to always be connected, watch manufacturers are taking the opposite approach – going back to the basics. One example is Crown and Caliber, a company that sells pre-owned premium watches online, and tests and guarantees them to reassure buyers. Another example is Schaffen Watches, a small brand that allows consumers to co-design their own personalised watch.

Mr Martin concluded that while digitalisation is growing exponentially, consumers seek “digital balance”, and there is a need to avoid redundant connectivity. “Through analogue creativity, there are a lot of things that can be done with traditional timepieces,” he said.

Keys to IT supremacy

Emil Chan, Chairman of the Association of Cloud and Mobile Computing Professionals, discussed the past, present and future of the connected mobile Internet era, opening with the analogy of Hong Kong as the original connector between Mainland China and the rest of the world, and how this role changed as Hong Kong developed world-class infrastructure, along with its watch and clock, banking, finance and trading industries.

The keys to information technology (IT) supremacy, Mr Chan maintained, are big data and blockchain technology. The former is vital because AI depends on massive amounts of data to be useful, while the latter involves data compilation, database applications, transaction processing, business intelligence and global applications. “Data is the new oil,” he said. “With blockchain, we can do everything, anytime and anywhere, but we can’t do anything without data.”

Like Singapore, London and New York, which control oil trading without producing any oil, Hong Kong can be a major player in the data storage industry, Mr Chan argued, even though it produces relatively little data. Data storage is important for Hong Kong’s future, he said. In the future, all data will be stored on blockchain, which will open up a new world of possibilities.

Mr Chan discussed 5G, saying it is more than just faster speed. It will allow cars to communicate with each other, for example, resulting in safer roads. If watches can talk to each other, phones will no longer be needed and everyone will know where all their contacts are. The 5G landscape will result in a 10-fold decrease in latency and 10-times greater connection density, he said. Among the other benefits of 5G, he mentioned electronic IDs, more accurate credit scores, and more reliable biometric information.

“We have to think digitally for Hong Kong’s future,” Mr Chan concluded.

Philip Wong, Vice-President (Technical) at the Movado Group, provided an update on smart watches and discussed what was next for watches in the connected era. He said the past two to three years had seen an increase in connected watches for children aged four to 12 and for the elderly, according to research professionals. There has also been a rise in the number of hybrid smart watches sold.

He reviewed the preferred functions of smart watches for children, including real-time location monitoring, SOS alerts, proximity break alerts, location history, school attendance tracking, and geofence-enabling as a safeguard. As an example of the future for this segment, Mr Wong pointed out that Qualcomm, one of the biggest chipset providers in the world, has developed a chipset for kids’ smart watches that it uses in its own products, selling 25 million units in 2017. He concluded that smart watches for children would form a big part of the IOT smart-wearables market.

Mr Wong also discussed the relative merits of traditional watches versus hybrids. Recent market research showed high-income consumers were more interested in hybrid smart watches than smart connected watches, he said, presenting a market opportunity for hybrid smart watches. This is resulting in a fusion between traditional analogue watches and smart connected features using Bluetooth Low Energy (BLE) connectivity. These watches do not have as many functions as regular smart watches but have a much longer battery life and “real” dials, with watch hands. They generally have basic functions, such as an activity tracker, for health management, a notification function, automatic time-zone synchronisation and remote control. Market research shows consumers also want an electrocardiogram (ECG) measurement tracker that can provide useful information for their doctor. “The new hybrids are aligned with the expectations and needs of upper-income consumers – simple and adequate,” he said.

An additional benefit of hybrid watches, Mr Wong pointed out, is that the investment cost is lower, although they do have additional costs in terms of software development, certification and licensing, and app maintenance. The lower entry cost will encourage greater participation in this watch category, he concluded.

The Hong Kong Trade Development Council (HKTDC) – which organised the Watch & Clock Fair together with the Hong Kong Watch Manufacturers Association Ltd and The Federation of Hong Kong Watch Trades and Industries Ltd – commissioned an independent market research agency to conduct an on-site survey during the first three days of the fair (3-5 September), interviewing 839 buyers and exhibitors about their views on market prospects and product trends.

In terms of product trends, smart watches (31%), automatic watches (22%), digital analogue watches (18%) and quartz analogue watches (14%) are viewed as the most popular categories for 2020. Respondents predicted that watches interactable with smart devices (51%) would be the most prevalent product development strategy in the coming year, followed by collections that align with current season's fashion trends (40%), mix-and-match watches with changeable parts to match clothing (39%), limited-edition collections (35%) and celebrity-endorsed watch collections (29%).

Regarding the market outlook in 2020, respondents who expected to see overall sales remaining steady or growing are 48% and 32% respectively. Most respondents view Japan, Western Europe, Taiwan and Hong Kong as the most promising mature markets in the next two years, while the Middle East, Mainland China and Association of Southeast Asian Nations (ASEAN) are seen as having the best prospects among emerging markets.

The fairs welcomed close to 18,000 buyers from 104 countries and regions. Satisfactory growth was recorded in buyer attendance from emerging markets such as Brazil, Poland, Russia, Ukraine and Vietnam, along with established markets such as Belgium and Switzerland.

A buyer from Iran, Ali Ahmadi, CEO of Dijiran, was making his eighth visit to the fair. This year he placed orders for US$25,000 worth of watches offered by Adriatica, Pierre Lannier and Toms, and plans to buy Jacques Farel watches valued at US$5,000. “Through the HKTDC’s business-matching service I also found six potential suppliers of smart watches and plan to buy 1,000 pieces from one of them,” he said.

Sophie Sun, CEO of the 5Lux Group from the mainland, came to Hong Kong for sourcing. 5Lux.com is an e-tailing platform that specialises in selling luxury products such as watches, jewellery and fashion items. Ms Sun said: “I have found a potential supplier of smart watches from Shenzhen and plan to buy Rmb200,000 (US$28,100) worth of smart watches. I am also interested in three brands − Giorgio Fedon 1919, Tylor and Zorbello − offered by a Hong Kong company and I’ll contact their distributor in the mainland to explore cooperation opportunities. There are many new brands and business opportunities at the fair.”

Ton Cleijne, Marketing Specialist at the Weisz Group in the Netherlands, said his company has exhibited at the Watch & Clock Fair over the past decade and this was the second consecutive year to showcase two of its brands, Danish Design and Jacob Jensen, at Salon de TE. “We are happy to have met with more high-quality buyers this year. Around six to seven existing distributors have placed orders for our new models at the show and we have found potential distributors from Malaysia and Singapore. We have also talked to large retailers from Australia and Indonesia. Salon de TE provides a perfect platform for us to promote our brands and to connect with buyers, especially from Southeast Asia.”