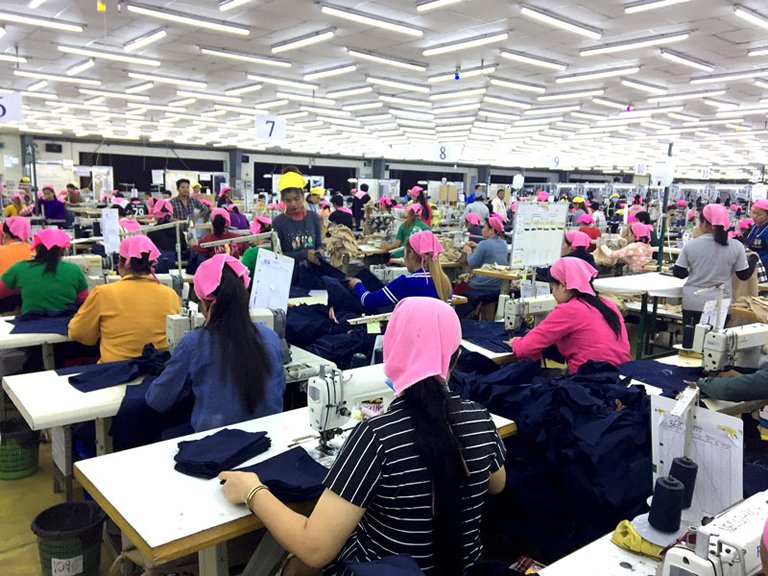 Practical Tips for Manufacturing in Cambodia

Amid the lingering China-US trade tensions, manufacturers are looking to diversify their production and sourcing to low-cost countries in Southeast Asia. Strategically located in the centre of Southeast Asia, Cambodia is one of the sensible choices as an alternative production base in the region. Cambodia sits along the Southern Economic Corridor of the Greater Mekong Subregion (GMS), providing direct links to Thailand, Vietnam and Laos, which enable manufacturers to realise their export potential in the fast-growing markets in ASEAN.

The Cambodian government welcomes foreign investment, allowing fully foreign-owned investment in almost every sector as well as providing various investment incentives and a favourable tax regime. In addition, there is no restriction on the repatriation of profit or capital. With a high level of dollarization, the widespread use of US dollars provides further assurance and convenience for foreign companies doing business in the country. Thanks to government efforts and international funding support, Cambodia’s infrastructure development has seen considerable progress in recent years.

Cambodia’s improved investment environment has attracted a growing number of foreign investors, particularly those from Mainland China, Hong Kong, Japan and other ASEAN countries. Despite the rising labour costs, continuous industrial diversification and the deeper integration into the regional supply chain represent opportunities for manufacturing in the higher-value added sectors, such as electronics and automotive parts and components.

Logistics Bottlenecks to be Solved by Upgrades of Transport Infrastructure

For sea transport, international shipments are mostly handled via the Sihanoukville Autonomous Port (PAS) and Phnom Penh Autonomous Port (PPAP). As Cambodia’s sole deep-water port, PAS is the main trade gateway, handling about 70% of the country’s total container throughput. Although PAS has been expanded and upgraded over the past few years, there are still operational and customs inefficiencies which result in long port handling times and high costs. For example, the cost of exporting a standardised shipment of 15 metric tons from Cambodia (including the cost for customs clearance and inspection procedures conducted by other agencies) is approximately US$375, while it is US$290 in Vietnam and US$223 in Thailand, according to the World Bank. As an alternative to PAS, the PPAP is the country's second largest port located in the city of Phnom Penh. Despite being a river port, PPAP has a direct access to Vietnam’s Cai Mep port for exports to the US. Since 2013, container traffic in the PPAP has increased 14% annually on average. To accommodate the rising container volume, the PPAP has commenced an expansion project which aims to triple its handling capacity over the next decade.

Despite steady improvement in recent years, Cambodia’s transport infrastructure remains underdeveloped and lags behind many of its regional peers. In the World Bank’s Logistics Performance Index 2018, Cambodia was ranked 98th out of 160 economies, trailing neighbouring countries, such as Thailand (32nd) and Vietnam (39th). Cambodia’s road condition is often seen as one of the worst in the region; less than 20% of roads in Cambodia are paved, which is the lowest figure among the ASEAN nations. The condition of some main roads in Cambodia has deteriorated due to flooding, heavy congestion and overloaded truck traffic, leading to traffic disruption and safety concerns. Over the past few years, rehabilitation and extension works have been carried out in some of the key national roads, with financial assistance from the Asian Development Bank and aid from countries including China, Japan and Australia. As more infrastructure upgrading projects are completed, transport and logistics in the country are expected to improve noticeably in the coming years.

The garment industry has been the mainstay of the Cambodian economy with garment and textiles contributing 73% of the total exports in 2017. This proportion is much higher than its regional peers like Myanmar and Vietnam, where just 20% of their exports are textile products. In recent years, the Cambodian garment manufacturing sector has faced pressure from rising wages, and competition from other low-cost production bases such as Myanmar and Bangladesh. To reduce its reliance on the textile industry and diversify the industrial sector, the Cambodian government has launched the “Industrial Development Policy (IDP) 2015-2025” which aims to encourage investment in higher-value added sectors, including machinery and equipment assembly, natural resource processing, information technology and telecommunications.

As part of its diversification policy, Cambodia has developed more than 40 Special Economic Zones (SEZs), with 19 operational SEZs targeting different industries. These SEZs, often with better infrastructure and administrative support, are good options for Hong Kong manufacturers to consider. In fact, companies in the SEZ can enjoy extra incentives, such as exemption from Value Added Tax (VAT) on imports, and streamlined customs procedures.

Apart from the SEZs in key cities and ports, such as the well-known Phnom Penh SEZ and Sihanoukville SEZ, there are SEZs clustered along the borders with Thailand and Vietnam. Given the higher production costs in Thailand, many Thai and foreign manufacturers adopt the “Thailand Plus One” strategy[1] and increasingly diversify their assembly process into lower-cost neighbouring countries, including Cambodia. To attract foreign manufacturers from Thailand, three SEZs have been established in Poipet, a Northwestern town at the Cambodia-Thailand border. One of the SEZs is Sanco Poipet SEZ, an 83 hectare-industrial park. It houses many Japanese companies in the automotive parts and electronics industries, such as Sumitronics and Sanko Electronics, which have production bases in Thailand and factories in Poipet, to use the pool of lower-cost labour in Cambodia.

Challenges Ahead: Rising Labour Costs and Potential Withdrawal of GSP

While Cambodia is an attractive choice for labour-intensive manufacturing, potential investors should be aware of the country’s rising wages and the risk of suspension of its preferential export access to the EU. In recent years, the monthly minimum wage has risen rapidly from US$100 in 2014 to US$182 in 2019[2]. The hike in the minimum wage has somewhat weakened the country’s low-cost advantage, as it is now higher than that of Vietnam, another popular destination for manufacturing in the region.

In fact, the prevailing market salaries are much higher than the minimum wage. For the garment and footwear workers, base pay (largely determined by the minimum wage) only accounts for about 65% of total take-home pay[3], as they are also entitled to other benefits, such as attendance bonuses, seniority bonuses and overtime meal allowances. According to a survey conducted by the Japan External Trade Organization (JETRO)[4], the average annual salary[5] of manufacturing workers is about US$2,920 in Cambodia, a level which is still competitive as compared with its regional peers, like US$3,810 in Vietnam.

The duty-free export access to major developed countries, including the EU, US and Japan, under the Generalized System of Preferences (GSP) schemes, is one of the key advantages of export-oriented manufacturing in Cambodia. However, the EU has launched a GSP review which could lead to the withdrawal of Cambodia’s preferential tariff scheme due to the country’s human rights issues[6]. In the case of a suspension of the EU’s GSP, Cambodia’s exports to the EU would have imposed tariffs of 12% for garments and 4-17% for footwear. As the largest export market of Cambodia, the EU accounts for about 40% of the country’s total exports. In view of the risk of losing its preferential trade access to the EU and US[7], Cambodia has launched the ‘Cambodia Independence Policy’ which aims to reduce its reliance on the preferential trade status, through improving trade policies and customs efficiency.

[1] The “Thailand Plus One” strategy, first introduced by Japanese manufacturers, whereby investors utilise the benefits of the lower costs in neighbouring countries, while maintaining their presence in Thailand to make use of the better-developed infrastructure and industrial supplies.

[2] The minimum wage in Cambodia only applies to the garment and footwear sectors and is subject to annual review by the Labour Advisory Committee. There is no mandatory minimum wage in other sectors.

[3] According to the ‘Cambodian Garment and Footwear Sector Bulletin (June 2018)’, published by International Labour Organisation

[6] In February 2019, the EU started the official review process that could lead to a temporary withdrawal of Cambodia’s preferential trade access under the Everything But Arms (EBA) scheme due to the country’s human rights issues. For details, please see “EU launches procedure to temporarily suspend trade preferences”.

[7] In January 2019, the US senators introduced the ‘Cambodian Trade Act of 2019’, which would require the US government to review the preferential trade privileges given to Cambodia under the General System of Preferences (GSP). For details, please see “Cambodia Trade Act of 2019“.

[8] Following developments highlighted in the UN reports about human rights violations in Myanmar, a monitoring mission from the EU visited the country in October 2018. The findings of this mission will feed into the analysis on whether to remove the trade preferences through a temporary EBA withdrawal procedure. The EU is now analysing the information gathered during the mission, before considering the next steps. For details, please see “Myanmar: EU mission assesses human rights and labour rights situation”.