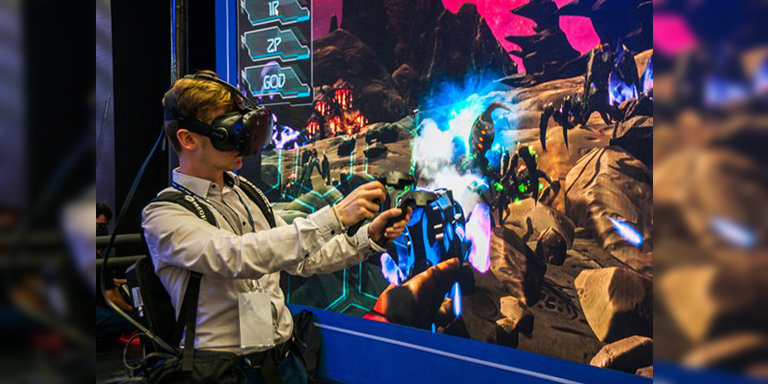 Digital drives the talk at Shenzhen IT show

Domestic manufacturers were in a confident mood at the China Information Technology Expo, believing recent innovations have assured them of world-leader status in several digital sectors.

Hong Kong is a key driver of technology in the Guangdong-Hong Kong-Macao Greater Bay Area, which strives to be an international innovation and technology hub.

The region recently played host to the bustling seventh edition of the China Information Technology Expo (CITE), which filled all nine halls of the Shenzhen Convention and Exhibition Center. In line with this year's umbrella theme, “Driving Development by Innovation, Empowering the Future with Intelligence”, the exhibition focused on a variety of technology sectors, most notably 5G, artificial intelligence (AI) and the internet of things (IoT).

The global consumer electronics market was estimated to be worth about US$71 billion in 2018, with Mainland China accounting for 32% of the total, at least according to the expo's website. Unsurprisingly, then, most of the major mainland home-electronics players – including Hisense, Haier and TCL – had prominent stands at the event, while companies offering products and services for the home were also particularly well represented.

Attending the show for the second time was Tsinghua Tongfang, a business spun out of Tsinghua University in 1997. The company operates across four main industries – technology, smart city energy saving, medical, and the kind of public security devices used to check identities at sporting events and within customs facilities. At this event, however, it was more focused on showcasing its range of consumer products, such as its virtual reality (VR), e-sports and computer gaming systems. Among the new products it had on offer was its e-sports bicycle, which allows riders to take part in virtual races.

For Scottie Chen, a Director of the company's Hong Kong branch, the event was as much an opportunity to influence key public-sector decision-makers and it was a chance to interact with end-users. Expanding upon this, he said: "While it's not the biggest show, it is one of the most prominent – and, crucially, it is sponsored by the government, so there are a lot of big companies here. For our part, we want to catch the attention of government purchasers, especially as we offer Chinese-made computing solutions, where both the hardware and software have been developed on the mainland. Of course, we'll also be happy if we sell a few VR gaming systems to members of the public."

With Guangdong, particularly the Shenzhen-Guangzhou corridor, famously home to much of the mainland's IT industry and many of its electrical goods manufacturers, it was no surprise that many such businesses had found their way to this year's expo. Among their number was USER Special Display Technologies, an 11-year-old business with a focus on producing LCD displays, screens and advertising displays across a wide range of specifications. One of the company's latest products can display more than one advert simultaneously, an innovation that has seen China Mobile place an order for 1,000 such screens.

Outlining how the company looks to stand out in a relatively packed sector, Key Account Manager Angel Zeng said: "Ours is a highly competitive industry, but we try to differentiate ourselves from our competitors through the quality of our after-sales service and the level of technical support we provide. Unfortunately, there aren't so many customers for us at this particular expo as it's not really focused on our market."

Keen to point out the labour-saving benefits of one of its more recent innovations, EOC Sales Manager Felix Wong said: "The auto-checking microscope, one of our new products, can automatically check a product, such as a circuit board, for faults and sound an alarm if it identifies any problems."

Among the products that seemed to proliferate this year were digital translation devices, with the Shenzhen Intelligent Voice Technology Company just one of many looking to present such a gadget. Founded in 2011, the company began life as a manufacturer of Wi-Fi hubs with an integrated karaoke facility, before switching to translation devices about two years ago. Its flagship product range can now, apparently, translate speech from 137 languages and display a written interpretation either on its built-in screen or via a mobile app.

Citing the ever-increasing number of mainlanders travelling abroad as driving demand, Sales Director Maxwell Chen said: "At this event, we're launching specialised versions for travellers and for those taking part in meetings.

Focusing on less oral means of communication, meanwhile, Shandong-based Lanbeisite has established itself as a global leader in LCD writing technology. While some companies in the sector favour LCD screens that are very similar to those found in tablet computers, Lanbeisite's LCD screens have more the look of a traditional blackboard.

Explaining why the company has gone down this particular route, a representative said: "While many of our competitors offer models where you can erase everything at the push of a button, we are the only one to offer an eraser function, which allows you to clear just part of the board.

"Another advantage we have is that our system emits no electromagnetic radiation, as it's illuminated by external light. The only drawback here is that the screen colour is set to a standard green and cannot be changed. In terms of our client base, as well as our domestics, we are also selling into China, South America and Vietnam."

In another major change this year, the booming car-related IT sector was deemed worthy of having the whole of one event hall dedicated to it. Within the sector, one particular sub-category – driver monitoring systems – appeared to be expanding exponentially, with Shenzhen-based Daream one of its most evangelical proponents.

Outlining the benefits of the company's range for any corporate customer operating a large number of vehicles, Chief Executive Rock Bear said: "One of the biggest problems with overall responsibility for a large fleet is managing risk, an area where we believe we can really make a big difference.

"Our system monitors the driver and can activate a warning if, for example, the driver seems to be falling asleep or if he is using a mobile phone. It's an area where China is considering revising the relevant safety − and when the Chinese government decides to do something, things tend to happen very quickly. By installing our systems, we believe fleet managers will be ahead of that particular curve."

While Mr Bear saw the introduction of autonomous vehicles as unlikely to damage his business anytime soon, believing it will be at least 15 years before they are allowed on the roads, Minieye, a Shenzhen-based developer of autonomous driving systems, believes things may move a little quicker. Distinctly bullish about the prospects of the sector, Zhou Xiang, the company's Deputy General Manager, said: "We believe that self-driving cars will become a reality sooner rather than later. In fact, we believe they will be commonplace within 10 years."

At present, the company produces a range of Level 2 autonomous driving systems, which include such features as adaptive cruise control and lane-keeping technology as standard. Clearly well-connected within this emerging industry, Minieye is a supplier to both BYD and Dongfeng, the two prime movers in the mainland’s autonomous vehicle sector.

• The 2019 China Information Technology Expo took place from 9-11 April at the Shenzhen Convention and Exhibition Center.