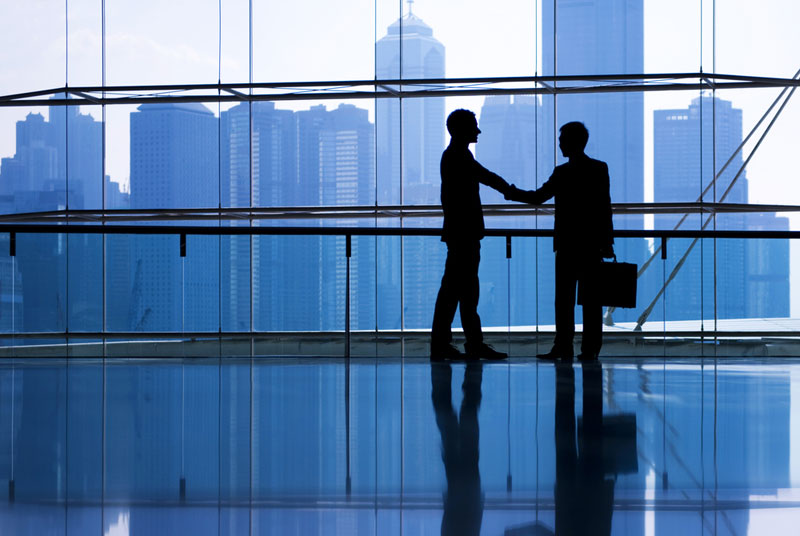 China, the world’s second largest economy, enjoys vibrant trade and economic ties with international communities. Although the world economy is affected by uncertainty due to the recent trade conflict between China and the US, many mainland Chinese enterprises are still pursuing their “going out” and “bringing in” strategies with the aim of opening new markets and diversifying their market risks. They are also looking to improve their sustainable development capability by bringing in outside partners and optimising their business portfolios.

Against this backdrop, mainland enterprises increasingly need professional services that are in line with international practices to support their growing international business, while helping them adapt to the increasingly complicated investment environment. Shanghai and the coastal provinces in the Yangtze River Delta (YRD) are among the centres for economic cooperation with foreign countries, as well as major sources of outflows of foreign direct investment (FDI) in China. Enterprises in these areas are actively seeking professional services to help them improve their “going out” strategies.

To assess the latest developments, HKTDC Research conducted a new round of questionnaire survey with mainland enterprises in the YRD in the first quarter of 2019, with the support of the Shanghai Municipal Commission of Commerce. Despite the on-going China-US trade dispute, 72% of the mainland enterprises surveyed said they would consider exploring business opportunities in overseas countries in the next one to three years, including the advanced economies as well as those along the Belt and Road Initiative (BRI) routes. Of these, 45% indicated that Hong Kong was their preferred choice when seeking professional services outside the mainland. Among those mainland enterprises with clear overseas destinations in mind, more than half said Hong Kong was their preferred service platform for “going out”.

Overseas destinations that respondents showed the greatest interest in exploring included advanced economies such as Europe, the US and Japan (39%) and BRI regions like Southeast Asia (38%). 71% said they were interested in selling more products to overseas markets, 38% were looking to source goods abroad, while 26% were looking to invest in and set up factories.

“Going Out” to Expand Business Overseas

Mainland enterprises are increasingly involved in economic activities overseas. China’s foreign trade volume stood at US$4.6 trillion in 2018, higher than any other country [1]. Total trade with BRI countries amounted to US$1.3 trillion, up 16.3% from the year before, and accounted for 27.4% of China’s total foreign trade last year. On the other hand, China was ranked as the second-largest source of FDI outflows only after Japan last year [2]. Chinese figures showed that outflows of FDI in non-financial sectors by mainland investors totalled US$120.5 billion in 2018 (up 0.3% year-on-year), and encompassed 5,735 companies in 161 different countries and regions [3]. FDI outflows to BRI countries in particular saw sustained growth. Direct investments in non-financial sectors by Chinese enterprises in 56 BRI countries reached US$15.64 billion, up 8.9% year-on-year and comprised 13% of China’s total non-financial FDI outflows last year. Most of this was in countries like Singapore, Laos, Vietnam, Indonesia, Pakistan, Malaysia, Russia, Cambodia, Thailand and the United Arab Emirates. [4]

HKTDC Research conducted a questionnaire survey with mainland enterprises in Shanghai and Jiangsu, visiting some of these enterprises and holding business forums with the support of the Shanghai Municipal Commission of Commerce in the first quarter of 2019 to find out more about the challenges facing businesses in the region. The survey also considered how these enterprises were adjusting their business strategies, their intention of “going out” to mature markets in advanced countries or BRI countries, and their demand for relevant professional services.

This survey was similar to the one conducted by HKTDC Research in 2016-2017. This time a total of 310 questionnaires were collected. Of these, 246 valid questionnaires were completed by mainland enterprises, including manufacturers, traders and service suppliers. What follows is a summary of the views expressed by these 246 mainland enterprises on “going out” to develop business overseas.

89% of the respondents said their business operations faced a variety of challenges over the past year. 42% said their foremost concerns were weak overseas and local markets and inadequate orders, while 37% said they were affected by rising labour, land and/or other production costs on the mainland. Other challenges included keen competition in international markets/lack of competitive brands (25%), a volatile RMB exchange rate (21%) and uncertainties caused by trade barriers against Chinese goods in overseas markets (19%).

Stepping up Business Development in mainland China and BRI Markets

To tackle these challenges, 91% of the enterprises polled indicated they would consider adjusting their business/operating strategies and making relevant investments in the next one to three years, or had already done so. Among these, 47% indicated that their preferred option was to develop the mainland market, 37% said they would like to develop more BRI and other emerging markets (such as Southeast Asian and South American markets), and 36% said they would develop/promote their own brands. Meanwhile, 32% said they would focus on overseas mature markets, such as the US and the EU.

Although the external investment environment is becoming increasingly complicated and the international market has been affected by the China-US trade dispute, 72% of the respondents still said they would consider “going out” to capture opportunities abroad in the next one to three years. Among these, 39% said they were interested in Europe, the US, Japan and other mature markets, while 38% said they would look to Southeast Asia, including the 10 ASEAN countries / other BRI countries. Only 20% said they would choose the Middle East and Africa, South Asia was also favoured by 20%, while 19% picked Central and Eastern Europe and 15% opted for Central and Western Asia.

Among those enterprises interested in “going out”, 71% said they hoped to sell more consumer goods/industrial products in overseas markets. 38% were interested in “going out” for sourcing activities, including 30% looking to source raw materials for production in mainland China and 22% wanting to source consumer goods/foodstuff to sell in the mainland. 26% said they hoped to invest in and set up factories for production overseas and 24% were looking to set up transit warehouses to enhance international logistics efficiency. 16% said they hoped to go overseas to invest in infrastructure/real estate and other direct investment projects.

It is worth noting that, whether enterprises were looking towards advanced economies or BRI and other emerging markets, there was little difference in their business interests. Their main objective was to sell more products to overseas markets and conduct sourcing from abroad, which suggests that most companies interested in “going out” are looking to develop in a similar direction.

Most enterprises interested in developing their overseas business said they needed professional services support. Among those respondents considering “going out”, 47% said they were interested in marketing activities tailored for overseas markets, while 39% were looking for marketing strategies for the development of new business and new markets. Enterprises intending to develop BRI and advanced markets [5] all said they needed support in these two areas the most.

Many enterprises looking to tap into BRI opportunities also said they would require business consulting services to help understand the investment environment and related financial services (35%) in BRI countries. 40% of enterprises targeting advanced markets said they needed professional services’ support in the field of product development and design, while 37% cited a desire for help with brand design and marketing strategies.

Hong Kong As Preferred Service Platform for “Going Out”

When looking for professional services support, nearly half (49%) of all enterprises considering “going out” said they would first try to source it locally. However, a significant number said they would also seek various professional services outside the mainland. Hong Kong was the preferred destination for 45% of enterprises considering “going out”. 28% said they also would look to the US, 20% to Japan and 19% to Germany.

Hong Kong was the top choice for professional services among those enterprises clearly indicating their intention to explore BRI opportunities, with 53% picking Hong Kong as their preferred location. Hong Kong was also the most preferred location among enterprises with a clear intention of “going out” to advanced countries (52%). However, among those enterprises without a clear “going out” destination in mind, most would first look for services support locally (58%) and only 30% would look to Hong Kong. Overall, though, the survey findings show Hong Kong is regarded as an important services platform for mainland enterprises considering “going out”.

HKTDC Research would like to acknowledge the help extended by the Shanghai Municipal Commission of Commerce in conducting the survey.

[3] Source: Ministry of Commerce of China

[4] Source: Ministry of Commerce of China

[5] Do not include the number of enterprises that only indicated they would consider “going out” but did not have a clear destination.