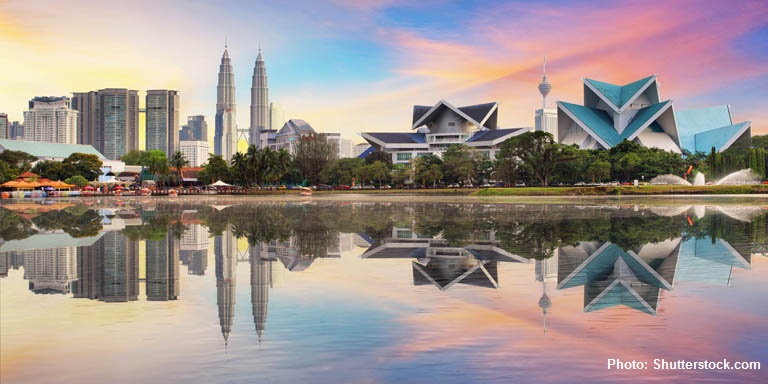 This fast-growing region offers Mainland China and Hong Kong firms much more than just a venue for manufacturing.

Faced with a rapidly changing global environment, many exporters in Hong Kong and Mainland China see their neighbours – the rapidly growing members of the Association of Southeast Asian Nations (ASEAN) – as good markets.

The region has drawn a great deal of attention a site for many infrastructure and development projects under the Belt and Road Initiative, but it is also a dynamic and diverse consumer market.
ASEAN is Hong Kong’s second-largest trading partner, after the mainland, and fourth-largest export market.

The Hong Kong Trade Development Council’s (HKTDC) representatives in these economies came to Hong Kong recently to discuss the possibilities they present. Common themes included fast-growing economies with young and expanding populations. A downside present in many countries was complicated customs procedures and red tape.

The HKTDC’s Director, Malaysia, Hoh Jee Eng, said the Malaysian middle-class market is very plugged in, with e-commerce impacting on many areas normally seen as remaining offline. For example, online mall giant Lazada sold properties digitally, attracting buyers with a 5% discount compared with the walk-in market. Online sales include other “unconventional” items not normally dealt with through e-commerce such as vehicles, sold on such platforms as the Naza Automall.

While many Hongkongers are familiar with Malaysia, Ms Hoh said, they should be aware that the consumer market is highly segmented and they need to work out how to reach these segments and try out different strategies, such as pop-up stores. A good example of a successful online business in the country is that of Vivy Yusof, Co-Founder of the Fashion Valet and Proud Duck Group whose offerings include a Halal cosmetics line. Ms Yusof has an Instagram following of 1.7 million and when she posts a video of herself in a new garment online, it can sell out in as little as 15 minutes.

Price points in Malaysia can be 10% or more lower than those in Hong Kong, while price points in Thailand or Indonesia are in line with those in Hong Kong. Sellers need to be aware that Halal rules concern more than just food. Halal cosmetics cannot contain any alcohol in their solvents or pig gelatin. Shoes cannot be made of pig skin, Ms Hoh said.

An instructive success story in Malaysia is that of clothes retailer Giordano, which pursues a very different strategy in Malaysia to that in its home base of Hong Kong, she said. In Malaysia, the firm set up shops in smaller centres and offered lengthy garments, covering most of the body, to suit conservative tastes. Giordano also recognised a trend in the country – family members all like to wear items that are the same colour, and want the colours to be different to those of their neighbours!

HKTDC Director for Singapore Vivienne Chee said the city state is also enthusiastically switching to e-shopping, underlined by the success of the online giant Redmart – part of Lazada which is in turn part of the mainland-based e-commerce giant Alibaba – leading to many supermarkets also starting to offer goods online. Consumers remain sticky to an extent, however, and Redmart retains its lead.

Competition is intense in Singapore with many international brands having a presence there. A number of retailers now prefer suburban malls over the traditional core shopping areas such as Orchard Road because of the large footfall in these centres.

Traders also use Singapore as a showcase for the whole of Southeast Asia even if this means incurring a loss within the city. Many students from other ASEAN countries study in Singapore and carry this brand awareness home with them, Ms Chee said.

Thailand & South Asia Director for HKTDC Sunny Chau said Bangkok has seen a property boom, with high-profile developments following extensions in the metro rail. This property rise is likely to lead to a wealth-effect further boosting the country’s middle class.

Retail access in Thailand is relatively easy since just three groups control the bulk of outlets. Retailers usually do not import directly so exporters to Thailand need to work through agents.

E-commerce is challenging because shoppers usually search for items they already know, they tend not to browse, Mr Chau said.

HKTDC Director for Indonesia Leung Kwan Ho said the country has a strong potential for consumer items exported by Hong Kong small and medium-sized enterprises (SMEs) such as clothing and watches. Most of the consumer products used in Indonesia are still imported despite the pick-up in manufacturing. Toy exporters should be careful as these are governed by special safety standards. Tariffs and taxes are also a concern. Electronic commerce is becoming increasingly popular, especially mobile commerce. E-wallets are gaining widespread acceptance.

Despite having an enthusiastic consumer market, Mr Leung said Indonesia is still a country where many people have small disposable incomes, making even small consumer items hard to purchase. This makes microfinance, with instalment payments, useful even for small consumer items.

Regulations pose a challenge in Indonesia – there are many customs rules and they frequently change. Exporters to Indonesia should work through local agents.

HKTDC Director for Indochina Tina Phan said most Hongkongers think of Vietnam as the prime factory relocation destination for plants being moved from the mainland, which is the case. The increase in employment has boosted the middle class and retail sales, however. The young population is driving expansion in commerce on the Internet, especially mobile. The e-commerce market is expected to double by 2025. Consumers in Vietnam view products from Hong Kong, Thailand and Japan as high quality, and are willing to pay for quality.

A big challenge in Vietnam is complex regulation.

The HKTDC’s Consultant in Manila, Maribeth Barros, said that with the Philippines’ growing population of more than 100 million and an economy expanding at 6% to 8%, there is ample room for infrastructure investment and a broad consumer base. Many infrastructure projects are Belt and Road related.