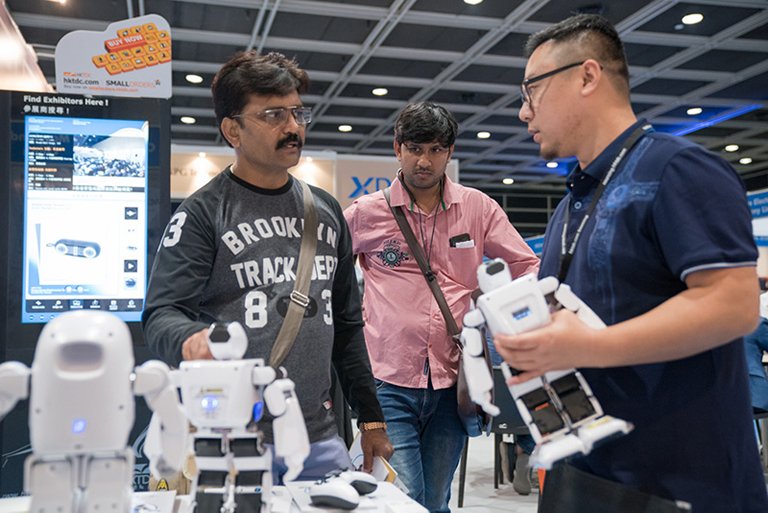 A recent survey conducted by HKTDC Research during the Spring Edition of the 2019 Hong Kong Electronics Fair (13-16 April) showed increased confidence among electronics industry players. Respondents were more optimistic about possible developments in the China-US trade dispute. In addition, the industry was positive about the overall market prospects for electronics in 2019.

Product-wise, electronics and electrical accessories, as well as digital imaging and audio-visual items, were expected to be in high demand for the rest of the year. In the longer term, the prospects for electronics compatible with smart home applications look promising, partly on account of the rapid development of the Internet of Things (IoT).

China-US trade friction is seen as likely to prove disruptive with regards to the global business environment for the coming year. Some 30% of respondents believed that their electronics exports would have been better without the trade dispute, according to the survey. At the same time, a majority of respondents (59%) reported that their trading businesses had not been affected by the dispute so far.

Turning to the possible impact of China-US trade friction over the near term, the electronics industry players were optimistic that the negative impacts of the trade dispute on exports - if any - would soon be dissipated.

Some 61% of respondents believed that the near-term export performance of the industry as a whole would not be affected by the trade dispute, more than double the 24% who held the same sentiment during the October 2018 autumn edition. Similarly, the percentage of respondents who were worried about the negative developments has fallen by half, from 60% at the last Fair to just 29% this time round.

As for the overall market prospects for the rest of the year, half of all respondents anticipated sales to increase in 2019, up 7 percentage points from the autumn 2018 Fair, which can be seen as additional evidence of greater optimism among the electronic industry players. Only 3% of respondents were pessimistic on the near-term market outlook for electronic products, one-fifth of the corresponding proportion reported in October 2018.

Growth prospects for traditional markets were promising for electronic exports over the next two years, the industry players agreed. On a scale from “5” for a ”very promising” market, down to “1” for “very unpromising”, South Korea remained the most highly rated for future market potential at 3.91, up from 3.86 in October 2018. The industry appears, however, to have shifted its focus from the other Asian markets to Western Europe and North America, with the latter rebounding strongly to 3.78 from 3.47 at the autumn 2018 Fair.

As for emerging markets, Mainland China was seen as the most appealing for the industry over the next two years, with a rating of 3.94, which was well above the other non-traditional markets - Latin America (3.75), ASEAN (3.73), India (3.6) and the Middle East (3.53).

Sales of electronics and electrical accessories are likely to achieve the fastest growth in 2019, according to more than one-fourth of all respondents (27%), nearly double the 14% reported at the autumn 2018 Fair. Digital imaging items were also seen as set to be in strong demand, a proposition backed by some 13% of respondents, followed closely by audio-visual products (12%).

With the rapid development of IoT, electronics that are compatible with smart home applications are likely to shine in sales terms. Wireless system items for connection with the internet or mobile network are expected to have the highest market potential over the next two years, rated at 3.9 by respondents. Other smart home items backed by the industry players include smart devices for energy management or energy saving (3.83), audio-visual items with smart functions (3.8) and wireless charging devices (3.75).

The industry players also believed that consumers would be willing to pay a premium for the smart home features. A vast majority of respondents (83%) anticipated that such a premium would be worth up to 20% of the original price. Some 16% of respondents expected consumers to pay an additional 21-40% for the smart home features.

The HKTDC Hong Kong Electronics Fair 2019 (Spring Edition) took place from 13-16 April. During the course of the event, HKTDC Research canvassed opinions from 903 industry players – 606 buyers and 297 exhibitors – in order to determine their views on the electronics industry’s prospects and the product trends likely to prove significant over the coming year.