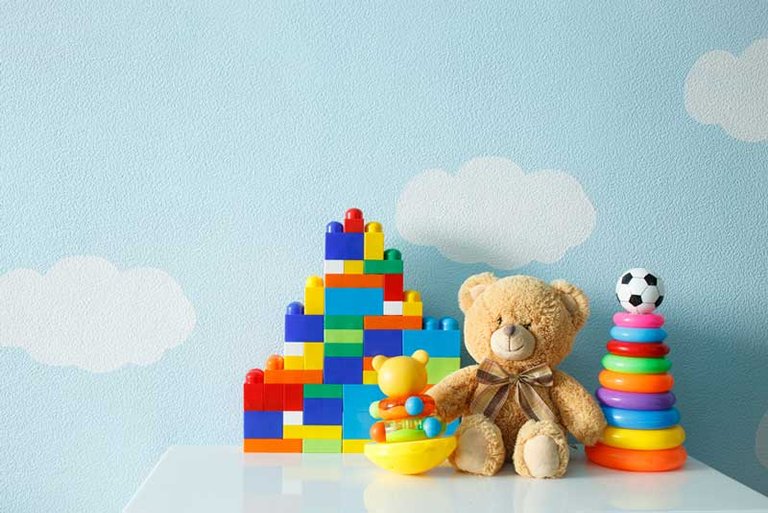 Because toys play such an important part in a child’s development, parents take great care to ensure that they buy the right ones for their children. According to a survey [1] conducted by the Hong Kong Trade Development Council (HKTDC) in China, parents’ main motivation when buying toys is to enhance their children’s abilities and intelligence. As a result, the demand for educational toys is larger than that for other toys. The survey also found that to a great extent it is parents who make the decisions about which toys to buy. 94% of the parents surveyed said that they were the main or sole decision makers. While a majority of mainland parents said they were happy to buy toys for their children, they try to strike the right balance between the quantity of toys they buy and the quality, and also between spending on toys and extra-curricular classes. Safety remains the topmost consideration for parents when they are buying toys.

Children not only derive enjoyment from playing with toys, they can also learn about the world and develop various abilities in the process. Parents in mainland China attach great importance to their children’s development, possibly because of the relatively low birth rate on the mainland. Many hope their children can learn through playing with toys.

In the survey, 53% of parents cited “building the child’s abilities” as their main reason for buying a toy. 46% chose “helping inspire and enhance the child’s intelligence”, while 37% plumped for “building the child’s character”. With the mainland vigorously promoting science education in recent years, it is perhaps unsurprising that 26% of the parents in the survey said they bought toys to “stimulate the child’s interest in science and related subjects”. “Making the child happy” and “as a gift rewarding the child” were also among the main reasons given for buying toys, being mentioned by 26% and 23% of parents respectively, but did not seem to be considered as important as reasons related to education and development.

Some parents participating in focus group discussions made statements like “to me, a toy is also a learning tool” and “toys should be inspirational so that the child can learn something while playing with them”. In general, parents from different cities agreed with the statement “learning should come before recreation” when asked about what they took into consideration when buying toys.

The considerations that parents make when buying toys change depending on how old their children are. When buying toys for children aged below 9, close to half of the parents surveyed attached importance to whether toys can help enhance the child’s intelligence. Only 36% of parents with children aged 9-14, however, cited this as a consideration when buying toys. Parents with older children pay increasing attention to whether toys can stimulate the child’s interest in science and related subjects. 30% of parents surveyed with children aged 9-14 said this was an important factor when buying toys. In the consumer focus group discussions, it became clear that mainland parents generally believe that the age at which children learn and absorb knowledge the fastest is between 5 and 6, and that as a child grows older, he/she should be exposed to scientific knowledge more. This may be due to the active promotion of technology education by mainland China in recent years.

However, as a child grows older, he/she will begin proactively making requests about which toys to buy. This first seems to happen among children in the 3-6 age group. The proportion of parents saying that they have total decision-making power over the purchasing of toys drops from 62% among parents with children aged 1.5-3, to 42% among those with children aged 3-6. At a focus group discussion, one parent said: “When my child was younger, most of the time I would guide him and decide on the toys to buy. After my child entered primary school, peer influence set in. He knew more about toys and started asking me to buy them.”

While toys play an important part in a child’s development, they are not daily necessities. When spending money on their children, parents can always opt to buy things like extra-curricular classes, clothing or holidays rather than toys. The survey, therefore, also attempts to ascertain parents’ attitudes to their children’s demand for toys.

The parents surveyed seemed to attach a lot of importance to buying toys. 95% indicated that they would continue to satisfy their children’s demand for toys in order to give their children a happy and pleasant childhood, while 73% said that their spending on toys would not be affected by the uncertain economic outlook. At a focus group discussion, one parent remarked: “We will satisfy our children’s demand for toys even if it means cutting back on our own spending on meals and clothing.”

69% of the parents surveyed said that the quality of toys was more important than the quantity bought. 62% thought that the time and money spent on extra-curricular classes should be greater than that spent on toys. 61% said that as their children grow older, the number of toys bought would be gradually reduced. This suggests that mainland parents have a relatively rational attitude towards spending on toys. They will take into account the functions and quality of toys when making purchase decisions, rather than spending on impulse or buying a large number of toys for their children during sales promotion activities.

Such an analysis however does not mean that parents will cut back on buying higher-priced toys when their children grow older or are participating more in extra-curricular activities. On the contrary, 91% of the parents surveyed indicated that in order to help their children become more competitive as they grow up, they are willing to pay more to buy toys which can help enhance their children’s intelligence and knowledge. In summary, when deciding on which toys to buy for their children, mainland parents will give priority to quality educational toys which appeal to their children because such toys are deemed to provide greater value for money.

Many parents would like to enroll their children in extra-curricular classes to improve their academic performance. Among parents with children aged 9-14, 67% indicated that the time and money spent on extra-curricular classes should be greater than that spent on toys. A parent with an 8-year-old son said: “As my child grows older, he needs to learn a lot more things. So the number of toys and the time spent on playing with them have both decreased”. A large majority of parents of children in all age groups opted for “quality over quantity” and said they believe that “toys should be fewer in number but higher in quality”. Parents’ demand for quality toys looks set to surge.

While much attention has been paid to educational toys, safety was the leading consideration when buying toys among parents in the survey, with 24% citing it as the main factor they took into account. This was followed by “suitability for the child’s age group” (14%), “international certification” (11%), and “enhancement of the child’s knowledge” (10%).

When asked to pick out their three main consideration factors in buying toys, 44% of parents in the survey mentioned suitability for the child’s age group, 43% opted for safety and 34% cited enhancement of the child’s knowledge. This suggests that mainland parents do not make their purchasing decisions based solely on claims about the toys’ educational function, but carefully assess whether the toys are safe and suitable for their children.

As children grow older, the importance given by their parents to “safety” and “materials used” as consideration factors declines gradually. Conversely, the importance of brands and whether the toy has a technology or smart element increases. Only 12% of parents with children aged below 1.5 indicated that “containing a technology/smart element” was a main consideration when buying toys, while only 14% thought “brand/word-of-mouth” was important. The percentages rise, however, as the children grow older. As a child grows, he/she gains knowledge and is subject to peer influence, which pushes parents towards buying them toys with a technology or smart element and toys which have a well known brand or are being promoted by word-of-mouth.

As the spending power of mainland consumers has risen, parents have begun to view toys as an indispensable part of a child’s development. Mainland parents put emphasis on their children’s education, and their main motivation when buying toys is to improve their children’s abilities and intelligence. Quality toys with an educational function and which integrate learning and recreation are the ones which they are willing to pay more for. Generally, mainland parents have the greatest influence when it comes to making purchase decisions. Even when children get older and begin to request particular toys, the main decision-making power still rests with the parents. In recent years, mainland parents have increasingly attached importance not only to toy safety, but also to whether toys have gained international certification. Toy traders trying to break into the mainland market should take note of these characteristics to formulate the correct market strategy. They should look to offer safe, quality products which contain an educational element designed to develop children’s abilities. Promoting the product among parents is also important to boost sales.