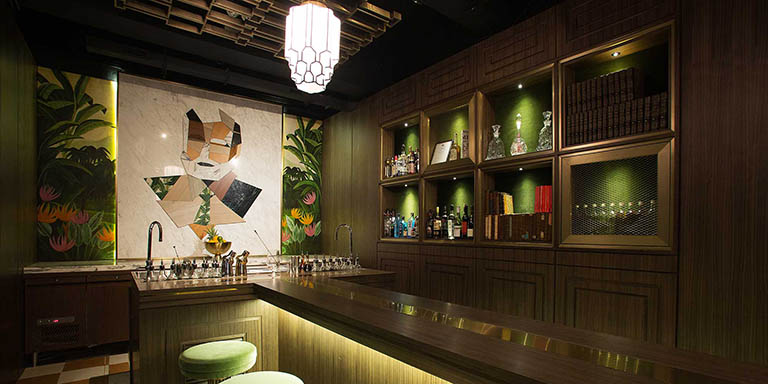 A toast to Hemingway

After a triumphant year for Soho cocktail bar The Old Man – ranked No. 10 on the World’s 50 Best Bars list, No 5 on Asia’s 50 Best Bars and winner of Drink Magazine Bar Awards’ Asia Bar and Bartender of the Year Awards – founders Agung Prabowo, James Tamang and Roman Ghale have announced the opening of their second venture, The Sea by The Old Man, in Sheung Wan. With cocktails rich in minerality, the sister venue to The Old Man continues to riff on the theme of Ernest Hemingway’s lauded novel The Old Man and the Sea, says Mr Prabowo, an award-winning mixologist who honed his craft at the MO Bar at The Landmark Mandarin Oriental and The Chinnery at the Mandarin Oriental Hong Kong.

The bar was launched by the three of you – tell us who does what, and how the partnership works
James, Roman and I used to work together in The Landmark Mandarin Oriental back in the day. Roman takes care of the operations for both bars [The Sea by The Old Man and The Old Man, which opened last month. James is behind the scenes and looks after the logistics. As for myself, I’m the man behind the concept.

Having launched one bar already, presumably this one was a bit easier to set up?
Opening the first bar is always a difficult job with a lot of issues occurring every day, and a need to make swift decisions to solve the problems. The second bar is easier as you can draw on that experience.

The menu at The Sea is described as rustic and seasonal, with drinks presented in a simple style. What made you go for this approach?
Since The Old Man cocktail concept is avant-garde, we wanted to present The Sea as simple and easy to understand. Cocktails at the Sea may be described as “minerality-style” cocktails, as they generally feature ingredients that originate from the sea, peat, rocks, soil and so on. They have a mineral quality but are not salty.

The bar is located in Sheung Wan. What made you choose this location?
We wanted a bar that was away from Central [in the heart of Hong Kong] and other busy areas, so we brought The Sea to Sheung Wan… we want to cater to the neighbourhood crowd.

What cocktails are proving popular with Hong Kongers?
We have 10 signature cocktails and I think they’ll appeal to locals as we consider the cocktail’s nutrition and calorie count. All the cocktails contain no sugar and are light in alcohol content, so are well balanced.

What makes the Hong Kong cocktail scene unique, and how is it evolving?
It’s the culture … it really is the city where East meets West. As the biggest multicultural city in Asia, the cocktail scene is evolving fast. In addition, there’s many expatriate bartenders working here, which helps the local bartenders to widen their knowledge. Then of course there’s Hong Kong’s geographic location, which helps us a lot with sourcing the ingredients. We can easily get many of them here locally [and have good access to] imported products.

What are the advantages of opening bars in Hong Kong – is there anything you particularly like about the market?
The market is mature – people know what they [want to] drink and many people living in Hong Kong love to drink and go to bars.