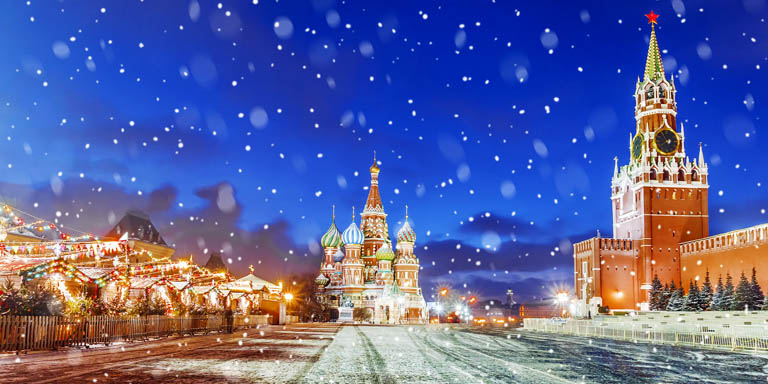 The overall level of Christmas spend in 2017 and 2018 stayed constant at about US$225 each but consumers seek durable necessities, such as smartphones and tablets.

While, on the surface, it would seem that Christmas spending has plateaued in Russia – with the 2018 per-consumer spend of US$225 almost identical to that of 2017 – the figures alone do not reflect the underlying change in buying patterns. As times remain hard, many in the country have actually repurposed their festive budget, switching its focus from seasonal frivolities to items deemed to be both durable and useful over the long term.

The change has been triggered by growing concerns over the country's current economic plight, with many consumers now believing a long-term recession is setting in, one that may severely curtail average disposable incomes. Indeed, over the past 12 months, the proportion of Russians taking such a dim view of their immediate financial prospects has risen from 50% to 60%. It is this perception, then, that has seen festive impulse buys and seasonal indulgences fall by the wayside as more practical purchases are prioritised.

The clearest manifestation of this comes in the changed budget allocations relating to food/drink and gifts. Historically, food/drink has accounted for the largest proportion of Christmas spending in Russia – typically 47% – while gifts have accounted for a further 42%. This year, according to a joint report by Deloitte/Nielsen Russia, that allocation is set to be reversed, with gifts given precedence over seasonal entertaining.

This change is also evident in the kind of gifts most Russians are keen to receive, with cash, travel, smartphones, cosmetics and perfumes topping most wish lists. Nevertheless, chocolate and perfumes are still the favoured gifts when buying for third parties. This may explain another statistical surge, with 80% of Russian women and 70% of Russian men confessing to purchasing their own gifts.

Among those hoping for high-tech gifts, large-screen smartphones/tablets and smart, automated household electric appliances are the preferred options. Interestingly, it is only those items with a price tag in excess of 20,000 roubles ($287) that make it onto Christmas wish lists, with purchases below that threshold deemed to be within normal household spending limits.

Sales in the electronics sector have been further bolstered in recent years by the willingness of many retailers to offer zero-interest instalment payment plans on larger items. Typically, such offers are heavily promoted from late November onwards, allowing shoppers time to avail themselves of several of these opportunities. On average, some 20% of all Russian consumers make two or more gift-related purchases in the period stretching from the last week in November to the end of the first week in December, with 40% of all such purchases made via an instalment payment plan.

With the major purchases made early, mid to late December sees the focus switch to less-expensive purchases, notably cosmetics, books, collectable items and toys. It is here that the widest regional variations in terms of gift preferences become apparent.

While books, for instance, are the second most popular Christmas gift category in Saint Petersburg, they are only ranked fifth in South Russia, where they are easily outperformed by sales of personal-care and wellness items. Meanwhile, over in the Ural region, in something of an outlier, wearable tech is what most residents want to find under their Christmas trees. Overall, only one trend is being sustained on a national basis, with sales of toys and the more traditional Christmas gifts remaining more or less constant, with virtually no loss or gain in overall market share.

In many ways, this comparatively downbeat end to 2018 was telegraphed way earlier in the year, with consumer confidence having dropped from its 45-point high in May to 40 by September. While sentiment rallied a little when the football World Cup rolled into Russia in mid-June, any upturn was all but snuffed out when an impending value-added tax (VAT) rise was announced in late July, only to be wholly extinguished when Vladimir Putin, the country’s President, confirmed the statutory retirement age for men was being raised from 60 to 65, just a year below the average male life expectancy figure across the country.

Given the downbeat, though oft seemingly contradictory, signals being sent out by this year's seasonal sales figures, any Hong Kong business looking to enter the Russian gift market is best advised to play safe. For the time being, it may be more prudent to seek to serve the country’s consumers via one of the growing number of e-commerce channels rather than chancing any more substantial commitment to the market.