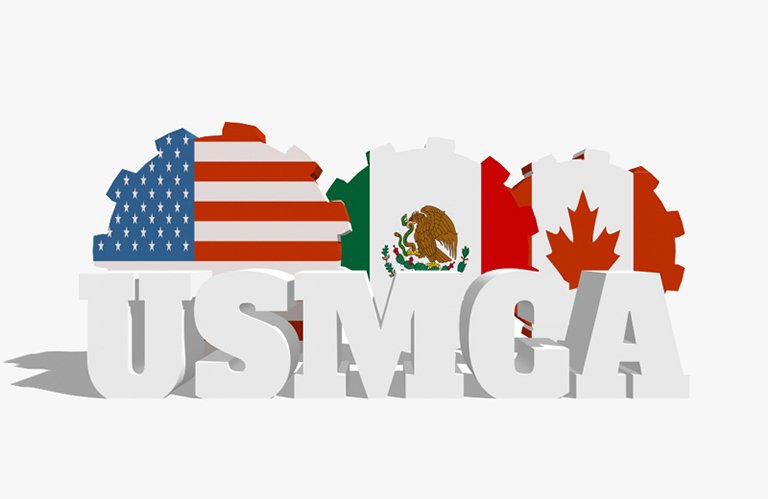 On 1 October 2018, following weeks of intense bilateral negotiations, US President Donald Trump announced the completion of negotiations to update and modernise the 24-year-old North American Free Trade Agreement (NAFTA). The trilateral trade agreement – US-Mexico-Canada Agreement (USMCA, nicknamed “NAFTA 2.0”) – is a landmark achievement for the Trump administration and a “high-standard trade agreement that will result in freer markets, fairer trade and robust economic growth in our region” according to the Office of the US Trade Representative (USTR).

Following the release of the full text of the USMCA, the three heads of state are expected to sign the agreement at the end of November so that it can be in place before the incoming Mexican President, Andres Manuel Lopez Obrador, takes office on 1 December. The ability of the Trump administration and US Congress to pass agreement by the end of 2019 is highly unlikely. The agreement was negotiated under the terms of the Trade Promotion Authority Act (2015) which has specific timelines for moving an agreement. Specifically, 60 days after an agreement is signed, a list of all the required changes in law is due before Congress and at least 30 days before formally submitting the trade agreement to Congress the President must provide the final legal text of the agreement and a draft statement of administrative action proposed to implement the agreement.

Some analyses have, nevertheless, speculated that the 6 November US mid-term elections will have an influence in the process. With the possibility that the elections could change the political balance in one or both legislative chambers, the USMCA may face ratification challenges in the legislative bodies of all three countries. If approved, the USMCA would be in place for a renewable 16-year term and the parties would be required to conduct a joint review of its operation by the sixth year.

The USMCA includes a number of provisions of particular importance. Most notably, the North American free trade area will remain essentially intact under the new deal, although it will be more difficult for a number of products to qualify for duty-free treatment. More stringent origin rules were pushed by US negotiators in an effort to increase North American value content and limit the use of foreign components, including components made in Hong Kong and mainland China. These rules could potentially have a dampening effect on exports of certain textile inputs, automotive parts and certain other products from Hong Kong and mainland China to the North American continent.

In an interview with Louis Chan, HKTDC Assistant Principal Economist (Global Research), J. Nicole Bivens Collinson, President, International Trade & Government Relations of Sandler, Travis & Rosenberg, P.A., shared some views on the short-term and long-term effects of the USMCA on the North America supply chain and how Hong Kong and mainland Chinese companies can better prepare to cope with the changes.

Chan: What are the key new provisions brought forward by the USMCA?

Collinson: Some of the biggest changes include adding chapters on labour and the environment and making them subject to the dispute mechanisms of the agreement – previously these areas have only been ‘side letters’ negotiated post-signing of the agreement. The intellectual property chapter was updated significantly beyond that of the Trans Pacific Partnership, because the three parties have the ability to go further with respect to provisions and enforcement and, based on the two decades of trading, have a shared understanding of the importance of IPR protection. The provision regarding negotiating with non-market economies is a significant change from all previous free trade agreements and demonstrates further this administration’s efforts to marginalise China and prevent it from benefiting under existing FTAs (hence the tightening of the rules of origin in certain areas) and requiring consultations with trade partners if an FTA with a non-market economy (NME) is contemplated.

Chan: How may these new provisions affect Hong Kong’s exports to North America?

Collinson: The biggest impact will be on existing supply chains, most significantly those in the automotive industry. The rule changes establish ‘core’, ‘principal’ and ‘complementary’ parts. Each of these has a different regional value content (RVC) requirement and applies differently to passenger vehicles and light trucks. For example, core parts have to meet a 75%, principal parts have to meet a 70% RVC and complementary parts have to meet 65% RVC. For heavy trucks these RVC requirements are different. But the end result is that what may have been sourced from mainland China or HK and been used to calculate the RVC under the previous methodology as a deemed component will no longer suffice.

Compliance managers at US auto makers have started meeting with the engineers and designers to ensure that when they develop new ideas, parts or components that they are aware of the RVC requirements that must be met for the finished vehicle. This engagement of compliance with development has never been in place heretofore. Further, some products must be produced with labour that makes US$16 per hour, which may influence where some goods are produced.

For apparel, another area that had some changes, additional requirements for inputs such as sewing thread, pocket bag fabric and narrow elastics were implemented. Some of the tariff preference levels that allow the use of non-NAFTA party yarns and fabrics were reduced or eliminated; thus, the supply chains in place for these items will be unavailable or diminished for mainland China and HK suppliers.

Chan: There is an unprecedented provision included in the text of the USMCA, which is considered potentially a hindrance to any eventual free trade agreement between Canada and/or Mexico with mainland China. What exactly is it?

Collinson: The provision at issue is Article 32.10: Non-Market Country FTA. The title alone signifies that this provision is meant to stem the tide of free trade agreements by the US’ northern and southern neighbours. There are few truly non-market economies in the world. In general, Canada, US, Mexico, Germany, and the UK are considered market economies where prices of goods are set by supply and demand. There is no internationally recognised definition of a non-market economy. The UNCTAD, WTO and IMF all have different definitions[1].

Thus, we begin with ambiguity that can be interpreted by each party but in essence, the provision was designed to require Mexico and Canada to first consult with the other parties before it initiates FTA discussions with countries such as mainland China. Additional consultation is required before concluding and signing an FTA with an NME. If the other two countries decide, they could terminate the trilateral agreement in six months and apply the agreement bilaterally.

The provision allows two members to terminate the agreement on an expedited basis (versus the 10-year phase out in the general termination provisions). A key note however, is that this provision clearly sets out an aim of the Trump administration for future agreements to tell countries they need to make a choice: an FTA with the US or with NMEs such as mainland China, but not both.

Mainland China has notified regional trade agreements in force with ASEAN, Asia Pacific Trade Agreement, Australia, Chile, Costa Rica, Georgia, Hong Kong, South Korea, Macao, New Zealand, Singapore, Iceland, Pakistan, Peru and Switzerland. The US already has FTAs with Australia, Chile, Costa Rica, South Korea, Singapore, and Peru. These countries are reportedly ‘grandfathered’ into their agreement with the US, but it is not completely clear that is the case.

Collinson: Some of the changes to the agreement may benefit mainland China and HK shippers. For example, in apparel, the rule of origin is liberalised with respect to lining fabric. Previously, all visible lining in apparel has to be originating in the NAFTA parties. This rule led to some creative designs resulting in men’s suit jackets, for example, with contrasting lining fabrics in the sleeves while the visible lining matched the fabric of the jacket! The rules of origin for footwear and travel goods remained unchanged and suppliers can continue to benefit.

The overall de minimis level for all goods was increased from 7% to 10%. This de minimis increase will allow goods to use up to 10% of the product that originates in other countries.

Companies could also consider relocating operations to Mexico as a production base. The primary content could then be sourced from Hong Kong or mainland China with the substantive work performed in Mexico to qualify under the USMCA.

There is also a possibility that if the rules of origin are determined, particularly in the automotive sector, to be too difficult for compliance and too complicated, major automotive companies may determine the small tariff on passenger vehicles of 2.5% is acceptable and produce in lower wage countries (without the US$16/hour requirement) with no requirements for core, principal or complementary parts. The outcome is far from certain, but there is still ample opportunity for Hong Kong traders to participate in some fashion in the USMCA.

(ii) the extent to which wage rates in the foreign country are determined by free bargaining between labour and management,

(iii) the extent to which joint ventures or other investments by firms of other foreign countries are permitted in the foreign country,

(iv) the extent of government ownership or control of the means of production,

(v) the extent of government control over the allocation of resources and over the price and output decisions of enterprises, and

(vi) such other factors as the administering authority considers appropriate.

(i) Any determination that a foreign country is a nonmarket economy country shall remain in effect until revoked by the administering authority.

(ii) The administering authority may make a determination under subparagraph (A) with respect to any foreign country at any time.