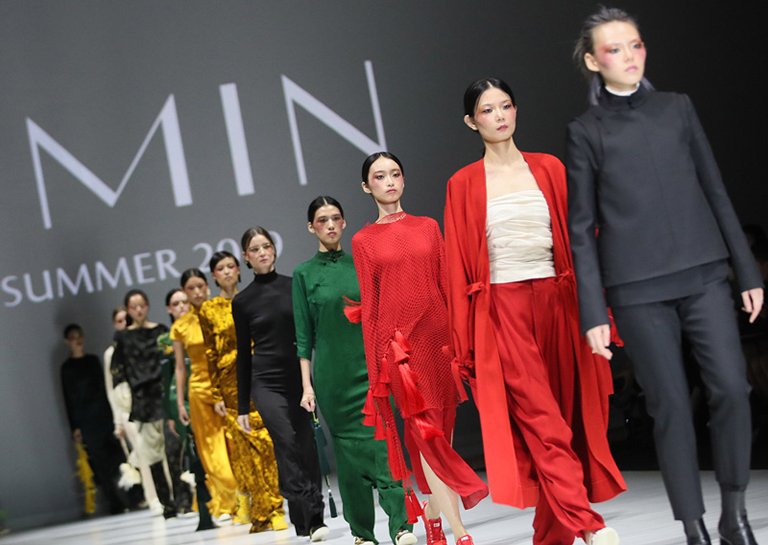 Optimistic Outlook: The 2019 Outlook for the Clothing and Fashion Market Amid Sino-US Trade Turbulence

Now in its third year, CENTRESTAGE is a fashion brand-promotion, launch platform and trade exhibition organised by the Hong Kong Trade Development Council (HKTDC). This year, during the course of the event, HKTDC conducted face-to-face interviews with 234 buyers and 72 exhibitors to gain an overview of the current market prospects, new product trends and the latest e-tailing developments.

Overall, the results showed that many in the industry are optimistic about sales prospects over the next 12 months. Exhibitors, however, tended to be far more upbeat than their counterparts on the buying side. Greater unity was seen when it came to evaluating product trends, with the majority of buyers and exhibitors agreeing that casual wear will be the most popular category well into 2019.

In general, buyers and exhibitors were both optimistic with regard to their likely sales performance in 2019. In total, 87% of buyers and 91% of exhibitors expected sales to remain steady or to increase over the next 12 months. This is in line with the fact that so far the US 301 tariffs have mostly targeted raw materials and intermediate products and have generally shied away from the most popular finished consumer products, where mainland China holds a particularly large share of the US import market, including apparel and made-up textiles.

In terms of markets, nearly 60% of the exhibitors (answering “very promising” or “promising”) saw Japan and Taiwan as having the greatest 2019 growth potential among their traditional markets, followed by Hong Kong (40%) and then South Korea (33%) and Australia & Pacific Islands (33%). As for emerging markets, the Chinese mainland continued to receive the biggest endorsement from the exhibitors (72%), followed by ASEAN countries (65%) and the Middle East (50%).

With respect to the likely impacts of the Sino-US trade spat, 68% of buyers and 71% of exhibitors expect no or very/slightly positive impacts on the export performance of their products. While around 30% of buyers and exhibitors expected a negative impact. The relatively high neutrality perhaps reflects the fact that apparel and made-up textiles (of HS chapters 61 through 63) are not included in any of the currently effective US 301 tariff lists.

When it came to identifying the most popular product category in the sector, casual wear attracted the highest level of endorsement from both buyers (63%) and exhibitors (54%), followed by fashion accessories.

Among buyers, the next most important strategies were ‘brand-licensing products’ (29%) and ‘collections made from new materials’ (27%).

Exhibitors, however, had a somewhat different view. Other than crossover/joint promotions, ‘collections made from new materials’ (39%) and ‘sustainable fashion’ (36%) were seen as their most favoured product development strategies for 2019.

Online trading continues to be an increasingly popular and significant sales channel for the fashion industry. On average, e-tailing accounts for 40% of the total sales revenue of fashion companies with an e-commerce presence. According to this year’s survey results, half of the respondents currently engaged in e-tailing.

Of those companies currently not engaged in e-tailing, 29% of them indicated that plans were in place to start selling online within two years, a rise from the previous year when only 19% respondents showed such an intention. Of those companies currently engaged in e-tailing or planning to be, 71% believe the channel is suitable for selling womenswear, followed by fashion jewellery (27%), bags (24%) and menswear (18%).