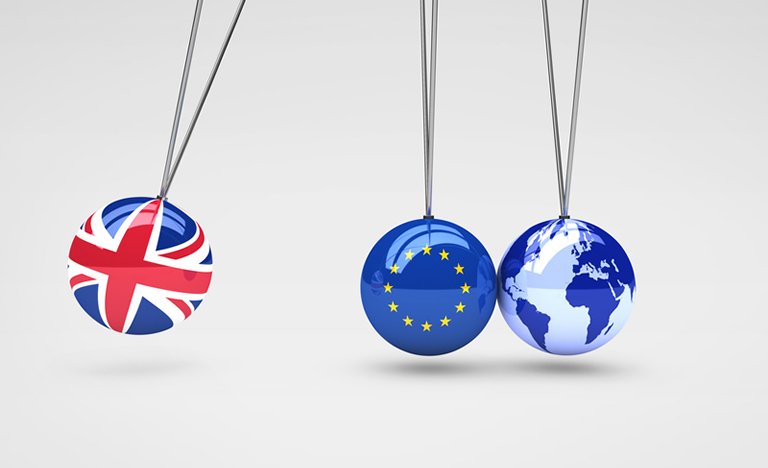 Countdown to Brexit: The Impact of a “No Deal” Scenario on the UK’s Trade and EU-Funded Investments

With its deadline for exiting the EU barely six months away, on 23 August this year the UK government published a series of Technical Notices, basically guidelines as to how the country will weather its departure from the trading bloc should no deal be in place. Without an agreement that defines the UK’s future trading relationship with the remaining 27 member nations, there will be no free movement of goods between the UK and the EU and no mutual recognition of regulatory standards, including those related to product safety. Potentially, this legislative vacuum could have a significant impact on Hong Kong traders, obliging them to comply with one set of customs and product safety regulations for the UK and another for the remaining EU countries.

The purpose of the Notices, then, is to spell out to businesses and members of the public the realities of any “no deal” scenario. Their publication notwithstanding, the UK government is still emphasising that a “no deal” scenario remains unlikely and that “an orderly, negotiated exit is the best outcome for all parties.” It also recognises, however, that until a formal withdrawal agreement is ratified by both the British Parliament and its various European counterparts, there remains the distinct possibility that the UK may crash out of the EU with no deal in place on 29 March 2019.

Starting from that worst-case scenario, the Technical Notices address the consequences across a wide range of related issues, including life after EU-funding for a number of projects and development areas, the future of the UK nuclear industry, farming, importing / exporting, likely changes to product labelling (notably in the case of tobacco and e-cigarettes), product safety, new requirements in the financial / taxation sector, a new medicine and medical equipment regulatory regime, revised social security / unemployment entitlements, updated UK / EU further education procedures and altered employment rights. The focus of this article, though, is on just two of these areas – the likely changes to the prevailing UK import / export regime and the consequence for UK-based projects currently in receipt of EU funding.

“No Deal” Brexit: The Trade Repercussions

As it stands, when the UK leaves the EU, it will also exit the trading bloc’s Single Market and its Customs Union. Unless the UK can secure a preferential deal or a Free Trade Agreement (FTA) with the EU, it will lose all the preferential market access it currently enjoys. This will see it as no longer a party to the 50 trade agreements the EU has negotiated with non-member nations, as well as losing its tariff-free access to the EU’s internal market.

The “no deal” outcome would oblige the UK to trade with the EU and the bloc’s free trade partners on non-preferential, WTO terms. As the EU and the UK will regard themselves as separate jurisdictions for trade purposes, customs and excise taxes will become applicable at the UK-EU border, while all statutory customs formalities will have to be observed at any transition point between the two. Among the many trade impediments that will have to be implemented are the inevitable import / export, safety and security declarations. In addition, importers / exporters will also have to negotiate their way around several non-tariff barriers, including local content requirements, trade remedy measures and licensing / labelling requirements. Inevitably, this will have a significant impact on UK-EU imports and exports, especially in those sectors where pan-European supply chains are currently in place.

In more specific terms, after March next year, all UK exports to the EU will be subject to customs duty at the rate specified by the EU’s Common Customs Tariff (CCT), which determines the EU’s non-preferential terms (the so-called most-favoured-nation (MFN) rates). At the same time, the non-preferential rules of origin regime will also apply to all EU-UK trade. Complicating matters still further is the UK government’s determination to publish its own MFN rates prior to March 2019, which may be quite different to those stipulated under the terms of the CCT.

Hong Kong companies, however, should be aware that the UK-adopted MFN tariff will apply to any WTO member that it has not previously entered into an FTA with. In the case of a “no deal” outcome, publishing the MFN rates prior to March next year will become a necessity for the UK, as the currently envisaged transition period (ending 31 December 2020) will not come to pass in such a situation.

Hong Kong exporters should also bear in mind the UK government’s plan, in the event of a “no deal” outcome, to establish an independent trade remedies system prior to March next year. This system will fall under the auspices of the UK Trade Remedies Authority (TRA), a new body specifically established to address any issues related to unfair trading practices and any surfeit of imports deemed to be contrary to the good of the UK business sector. At present, all such issues are overseen by the European Commission (EC).

Companies exporting mainland China-origin products to the UK that are subject to AD and/or CV duties should bear in mind that any existing EU censure will continue to apply in the first instance, although the UK has signaled its intention to drop any measures it deems to be no longer relevant. This relevancy / non-relevancy will be determined under the terms of the UK’s previously-issued 2017 Call for Evidence, which will adjudicate on the following basis:

(i) All UK businesses that produce items subject to existing EU trade remedy measures should apply to the Department of International Trade for consideration as to whether any such measures should be curtailed or maintained. All such applications need to have been received by midday on Friday 30 March 2018

(iii) It should be demonstrated that the market share of the UK businesses producing such products is above a certain level. The measures that have met the UK government’s criteria will then be announced prior to the TRA assuming formal control of such issues

The TRA will be established as a new non-departmental public body via a Trade Bill, while a Taxation (Cross-border Trade) Bill will outline the WTO-compliant trade remedies framework the organisation will operate within. The TRA will be obliged to take the wider economic interests of the UK into consideration prior to submitting recommendations to the Secretary of State for the Department of International Trade, who will have the final say as to whether or not to impose any trade remedy measure, such as anti-dumping (AD) or countervailing (CV) duty orders.

The use of the UK as a distribution hub for the EU market will therefore become far more complicated after March next year. Currently, goods move freely between the EU and the UK, with no tariffs, customs declarations or border checks impeding their flow. In the aftermath of any no-deal Brexit, all EU-UK and UK-EU exports will be subject to additional costs (including duties and taxes), while the clearance process will, inevitably, also be somewhat protracted.

Separate safety and security declarations will also need to be made by the carrier of the goods, usually a designated haulier, airline or shipping line. On top of that, a future regulatory regime governing land border trade between Northern Ireland and the Republic of Ireland (an EU member nation) has yet to be agreed.

The precise amount of the additional costs likely to be incurred will depend on the nature of the goods exported to the EU and the regime the trading bloc adopts with regard to non-EU imports. Any Hong Kong company that currently maintains a UK distribution hub wishing to avoid incurring these additional costs is best advised to consider relocating its European hub to an EU member state or to a country that has in place a preferential trade agreement (such as an FTA) with the EU.

A “No Deal” Brexit on EU-Funded Investment

While the UK government still maintains that a “no deal” scenario remains unlikely, any Hong Kong and mainland China business engaged in an EU-funded, UK-centred investment programme should familiarise themselves with the relevant section of the Technical Notices. In line with the guarantee made by Philip Hammond, the then UK Chancellor, in October 2016, in the event of a “no deal” outcome, the UK government will honour any funding agreement relating to an EU-backed, UK-located project that was in place prior to March 2019. In the case of a UK-based organisation, it will continue to receive funding over the lifetime of any EU programme it had successfully bid for prior to December 2020.

This funding guarantee also extends to any project that forms part of the Horizon 2020 initiative, a seven-year (2014-2020) EU Research and Innovation programme backed by €80 billion of funding. Any Hong Kong organisation committed to a Horizon 2020 project, however, should be aware that the UK government’s guarantee does not apply to funding for non-UK organisations that may be in consortia with a local participant. At present, the UK government has yet to decide how this issue will be determined in the event of a “no deal” scenario.

The UK government is, however, aware of the need to consider what will happen to all such projects in any instance where the UK’s change in status (from Member State to third party country) could lead to compliance issues with the Horizon 2020 regulatory framework. This could occur, for instance, when any given consortium no longer meets the required threshold for Member State and / or associated country participation.

It is also worth noting that, in the event of a “no deal”, UK researchers and businesses would be entitled to apply for (and participate in) certain Horizon 2020 projects on a third-party country basis. This entitlement, however, does not extend to all Horizon 2020 projects – European Research Council (ERC) grants, a number of Marie Sklodowska-Curie Actions (MSCAs) [1] and the Small and Medium Enterprise (SME) Instrument [2], for instance, are all excluded. As some recompense for this, however, the UK government has stressed its commitment to supporting future international collaboration across a wide range of research sectors. This is in line with its previously-announced goal of increasing UK research and development (R&D) spending from its 2016 level of 1.67% of GDP to 2.4% by 2027.

[1] MSCA grants extend to all areas of research and innovation for all stages of researchers’ careers, enabling research-focused organisations to host talented overseas researchers and to foster partnerships with leading international institutions.

[2] The SME Instrument provides entrepreneurs, small companies and scientists with funding opportunities and acceleration services by supporting high-risk and high-potential SMEs in the development of new products and services with full-cycle business innovation support, including a coaching and mentoring service.