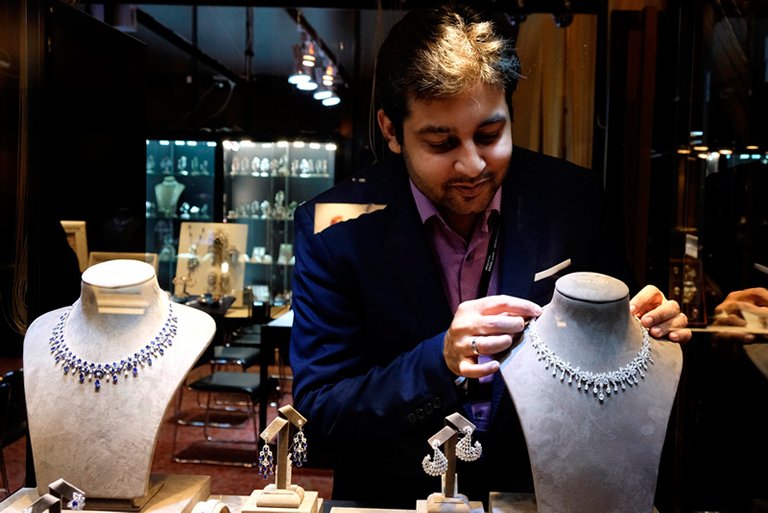 Buyers’ sourcing plans continue to grow this year, while both buyers and exhibitors are expecting to see higher prices (retail and FOB) and therefore higher sourcing and production costs.

Buyers are generally showing greater confidence in markets such as Eastern Europe (excluding Russia), the Middle East, Russia, the Chinese mainland and Latin America. Western Europe is the only developed market buyers think will be doing better in 2018.

Overall, the respondents seemed to regard the fluctuation in the price of raw materials and increases in operating costs as their key challenges in the year ahead, followed by the changing fortunes of the global economy and movement in exchange rates.

In terms of which segments of the jewellery market are likely to do well, the buyers suggested that contemporary jewellery has the biggest potential, followed by jewellery for weddings and special occasions, and designers’ jewellery. They believe the retail-price ranges with the most promise are the mid- to high-end segments, namely US$501-1,000 and US$1,001-5,000 per piece.

E-tailing is becoming ever more popular in the jewellery trade. Diamond jewellery remains the most popular category of jewellery sold online; and more diamonds and pearls are being sold, or are expected to be sold, online compared to last year.

Overall, buyers remain highly satisfied with jewellery suppliers in Hong Kong, and are especially satisfied with the quality, use of material, craftsmanship and design available in the city.

As part of the survey, buyers were asked to provide their opinions on prospects in different global markets on a scale of 1 to 5, with 1 indicating that the market will be “very unpromising” for the next two years, and 5 indicating “very promising”. Eastern Europe excluding Russia scored highest, with 4.00, followed by the Middle East (3.81) and Russia (3.81).

The expected outlook for many of the developed markets, including North America, Japan and Australia and Pacific Islands, and some emerging markets (such as ASEAN and India) fell from their rating in the 2017 survey. However, Western Europe is expected to show more positive market prospects in the coming two years, and is the only developed market to enjoy a rating in the top ten.

45% of respondents to the survey reported that changes in the prices of raw materials is expected to be the biggest challenge they face in 2018, followed by increases in operating costs (pointed to by 40% of those surveyed). Just 35% indicated that fluctuations in the global economy was a major concern, a sharp decrease from the 49% who cited this in 2017.

Respondents were also asked to evaluate the potential of major market segments on a scale of 1 to 5, with 1 indicating that the segment has the “least potential” and 5 indicating the “greatest potential”. Ratings of all market segments were up this year from 2017, with contemporary jewellery topping the list with a score of 3.97. Jewellery for weddings and special occasions (3.88) and designers’ jewellery (3.80) came second and third on the list.

Selling through e-tailing is becoming increasingly popular among jewellery traders. In this year’s survey, 36% of respondents described themselves as e-tailers, up from 22% in 2017. Among those who have not yet started their e-tailing business, 12% report they will offer e-tailing in the next two years, up from 9% last year.

Among those who engage in, or are going to engage in, e-tailing, 48% say they sell (or will sell) diamond jewellery online, up from 40% last year. Gemset jewellery (30%) and karat gold jewellery (15%) are also popular with e-tailers. More diamonds and pearls are being sold, or expected to be sold, through electronic platforms than was the case last year.