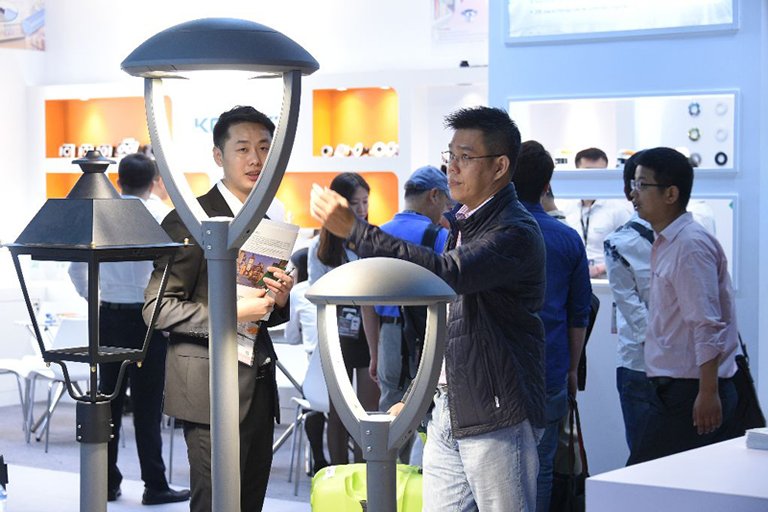 The lighting industry is notably upbeat about the prospects for the coming year, according to a survey conducted during the spring edition of the 2018 HKTDC Hong Kong International Lighting Fair. Despite a number of reservations about the overseas markets, both buyers and exhibitors were, overall, decidedly more optimistic than they were six months ago.

In terms of products, commercial lighting is expected to be the most popular item and have the highest growth in sales in 2018. Residential lighting also continues to look promising, despite a slight drop in confidence among industry players.

Overall, expectations were up compared to the sentiments expressed during a similar survey conducted in October 2017 among attendees at the autumn edition of the event. Some 56% of respondents anticipated an increase in sales this year, compared to just 48% in October last year.

Exhibitors, however, were somewhat more positive than buyers. In total, 77% of exhibitors were confident that sales would rise over the coming year, a considerable rise over the 59% who had held the same opinion six months previously. By contrast, only 44% of buyers expected positive sales growth in 2018. This, though, represented a 4% increase on the October 2017 figure.

Industry players, however, were somewhat less confident when it came to growth in their major overseas markets than they had been at the previous fair. More specifically, Western Europe was rated as the most promising of the traditional markets, scoring 3.66 (on a scale of 1-5, with “1” denoting “very unpromising” and “5” denoting “very promising”). Among the other expected bright spots were North America (3.5) and Australia / Pacific Islands (3.38).

Respondents were also positive with regard to the growth prospects in the emerging markets, including Russia (3.65) and India (3.61). By contrast, the developing Asian countries were expected to slightly underperform in 2018 as a whole, including the Chinese mainland (3.53) and the ASEAN bloc (3.47).

Significantly, there was something of a consensus that commercial lighting will overtake residential lighting and become 2018’s highest growth category. With 34% of respondents backing this particular development, this was more than double the 16% who expressed the same belief back in October 2017.

Although there was a small drop in confidence with regard to residential lighting, it remained one of the top three most popular categories overall, with 26% of respondents expecting it to show the highest growth in 2018.

Lighting incorporating smart features was another area seen as having rising prospects. Over 16% of the 2018 respondents believed sales in this category would increase over the course of the year, compared to just 7% in October 2017.

With the move towards smart homes and smart cities seen as accelerating, it was widely anticipated that the use of smart lighting would inevitably increase as a result. In line with this, a total of 72% of all respondents indicated their expectation that sales in this sector would expand considerably over the next two years.

As a sign of the widely-held positive view with regard to smart lighting, 82% of industry players indicated that they were considering integrating smart features into their products.

Among those looking to incorporate smart features into their products, 38% of respondents were considering the integration of sensors or an automatic dimming function, while 34% were more focused on wireless technology. A further 15% cited voice control systems or remote-control facilities as the features they had under consideration.

The HKTDC Hong Kong International Lighting Fair 2018 (Spring Edition) took place from 6-9 April. During the course of the four-day event, HKTDC Research interviewed 357 industry players, including 221 buyers and 136 exhibitors, in order to determine their views on the prospects of the lighting sector and the product trends they anticipated for the coming year.