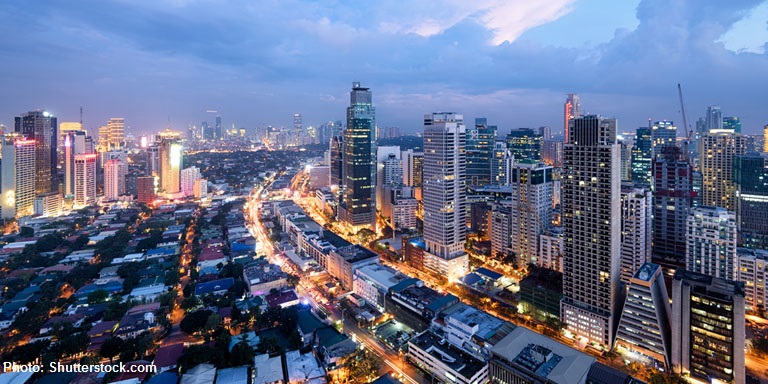 Belt and Road backing from China tackles water management issues in the Philippines.

As with many of the most successful Belt and Road Initiative (BRI) infrastructure-redevelopment projects, many of China's investments in the Philippines advance the programme's overall objectives while also meeting key local needs. A prime example of this is the mainland's huge contribution to tackling the water-management issues that have long confounded Manila, the Philippines' capital.

Already deemed a priority by Rodrigo Duterte, the Philippines President, and a key component of his massive Build, Build! infrastructure initiative, China agreed to underwrite the costs of two of the related projects late last year. This saw the Beijing-led Asian Infrastructure Investment Bank and the World Bank each sign off on loans of US$207.63 million for the Metro Manila Flood Management Project, with the balance of US$84.74 million being met by the Philippines government. At the same time, China also agreed to provide the US$234.92 million required to initiate the New Centennial Water Source-Kaliwa Dam project.

In terms of water management, Metro Manila suffers from two seemingly contradictory problems, having both too much and, on occasion, too little. This sees the city regularly subjected to serious flooding, often with tragic consequences for many of its residents, while it also struggles to meet the growing demand for safe drinking water occasioned by the region's ever-expanding population. It is hoped that the two China-backed projects will help to alleviate both of these problems.

In terms of the first, the Metro Manila Flood Management Project, this will entail a substantial upgrade to 36 of the region's pumping stations, while an additional 20 will be constructed from scratch. It will also involve a major overhaul of much of the supporting infrastructure along the region's primary waterways.

In total, work on the project will extend across a 29 sq km site. Once completed, it is expected to eliminate the danger of flooding for some 210,000 local households, benefitting about 970,000 people in all.

The first phase of the project, which will see five existing pumping stations substantially upgraded, is expected to get under way this year. At present, details of the required engineering work are being finalised, with procurement work set to be completed by the end of June. Construction proper will then begin in the autumn, with a scheduled end date early in 2020.

The project overall is aiming for a May 2024 completion date. From a local angle, construction will be overseen by the Manila Development Authority, with the National Housing Authority and the Social Housing Finance Corp also playing supervisory roles.

At present, the Philippine authorities are considering bids from three mainland construction companies, one of which, under the terms of the loan, will be appointed as the principal contractor on the project. The three shortlisted contenders are China Engineering, Power China and a joint bid from Guangdong Foreign Construction and Guangdong Yuantian Engineering. Once due diligence has been completed, the winning bid will be announced by the Metropolitan Waterworks and Sewerage System, the Philippine government body with oversight on the project.

Scheduled to be completed in 2023, there is considerable pressure to ensure this particular project is not subject to any delays. This is largely down to the fact that the Angat dam, the source of 93% of the capital's water supply, will be unable to meet the growing demands of the city's population within eight years. Should the NCWSP encounter any major obstacles, Manila's taps running dry could become a very real possibility.

While the benefits to the Philippines represented by these two projects are clearly apparent, the upside for China is less immediately tangible. The new partnership between the two countries, however, has helped patch up a relationship that has more than occasionally been a little fraught. It has also succeeded in reducing the long-simmering tensions over the South China Sea, with the two countries now working more towards jointly administering and exploiting this particular stretch of the Pacific Ocean, rather than competing for ownership.

The thawing of relations has also already substantially improved bilateral trade, while the boost to the Philippine economy expected to result from the many China-backed infrastructure projects will doubtless provide a ready consumer market for an increased level of mainland exports. At the same time, this new co-operation is also expected to give China access to improved maritime trade via a number of the Philippines' hub ports.