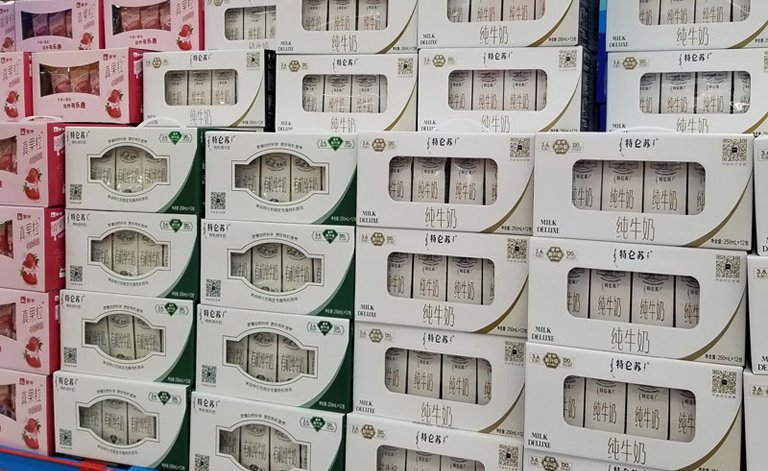 In China, the market demand for milk, traditionally seen as the source of a great variety of nutrients, has always been steady. In recent years, a wide range of dairy products, with varying nutritional content, has been launched onto the mainland market. Respondents to a recent HKTDC Research survey on the mainland packaged food market [1] had bought an average of 3.37 types of dairy products in the three months preceding the survey. That’s a notable increase on the figure of 2.39 recorded in a similar 2013 survey.

The market for ultra-high temperature processing (UHT) yoghurt, ranking as the second most frequently bought dairy product, has been expanding rapidly, while the purchase frequency of cheese / butter has also seen a marked growth. Apart from brand and word-of-mouth, manufacturing date and expiry date and nutrition are also consumers’ primary considerations when buying dairy products.

The market demand for milk, traditionally seen as the source of a great variety of nutrients, has always been steady. In recent years, a wide range of dairy products, with varying nutritional content, has been developed on the mainland, which has, in turn, nurtured greater demand for such products. The survey found that the purchase frequency of dairy products has been on the rise, with 83% of respondents having bought such products more often than two to three years ago. Respondents bought an average of 3.37 types of dairy products in the three months preceding the survey, more than the 2.39 types reported in a similar 2013 survey. Among the different types of dairy products, UHT milk is the most popular item, with 76% of respondents having purchased it in the preceding three months.

In focus group discussions, it was discovered that the rise in popularity of UHT yoghurt is the biggest change in people’s consumption of dairy products. Following the launch of UHT yoghurt and the huge investment in advertising and promotion by leading dairy product brands in China, the UHT yoghurt market has been growing rapidly. Respondents pointed out that yoghurt is not only available in a wide range of new flavours and novel packaging, but also provides more nutrients for children. Hence, it has won the hearts of children and attracted more purchasers. Overall, 74% of respondents have purchased UHT yoghurt / probiotic drinks, with yoghurt products scoring the highest growth in purchase frequency among the different types of dairy products.

As consumers have become more familiar with western lifestyles, their demand for western food (including food for breakfast and other meals) is expanding, which has in turn boosted the demand for cheese and butter. According to the survey, 38% of respondents purchased cheese / butter in the preceding three months, more than double the 17% recorded in the 2013 survey. Female respondents tend to buy more refrigerated probiotic drinks, refrigerated milk, cheese / butter, and adult milk powder. Respondents with a higher income also tend to buy more cheese / butter.

The survey found that the most important factor consumers take into consideration when buying dairy products is brand / word-of-mouth recommendation. However, compared with 2013, among the top three considerations in buying dairy products, manufacturing date and expiry date and nutrition have replaced texture and flavour and raw materials used. This indicates that fresh and nutritious is now one of consumers’ prime dairy products purchase criteria. Moreover, the importance attached to quality certification, packaging design / small packs / convenient and hygienic, new products / new flavours has also increased. However, compared with 2013, the emphasis placed on texture and flavour, raw materials used and price has declined.