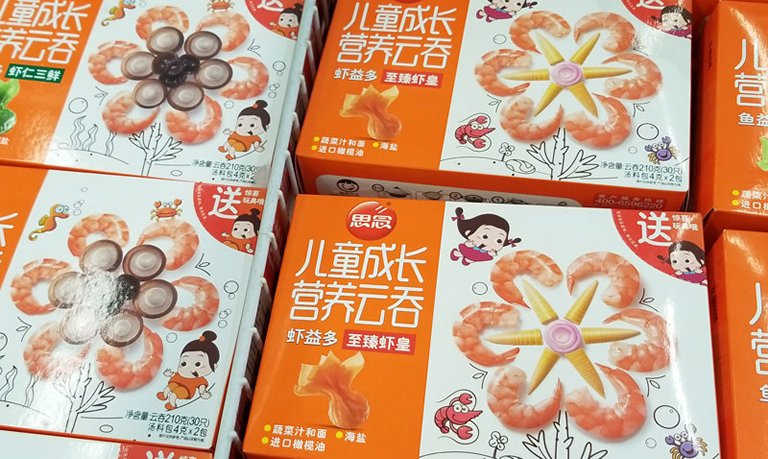 The pace of modern urban life is fuelling a sustained growth in the consumption of convenience food. Respondents in the recent HKTDC Research survey on the mainland packaged food market [1] had bought on average 4.77 types of convenience food in the three months preceding the survey. That’s a significant increase on the figure of 3.39 in a similar survey in 2013. Frozen desserts appear to be the most popular type of convenience food among those responding to the survey, and the frequency at which they are purchased has also grown faster than that of any of the other categories of food in this survey. However, the increasing popularity of takeaways has had an adverse effect on the levels of consumption of convenience food.

59% of the respondents had purchased “fast-chilled/frozen sweet dim sum” (such as bean paste buns, sweet dumplings, cakes, etc.) in the preceding three months, making it the most popular type of convenience food among those responding to the survey. That is a significant increase from the 47% of respondents who had bought such products in a similar survey in 2013. The proportion of respondents who had purchased “fast-chilled/frozen salty dim sum” (such as steamed twisted rolls, dumplings, turnip cakes, etc.) in the three months preceding the survey has also risen from its 2013 level of 47%, but not by as much as the increase in the consumption of sweet dim sum.

In the focus group discussions, it was discovered that increasing numbers of people are buying “pre-packaged meal boxes” for lunch from chain convenience stores because they are cheaper than takeaways. 23% of respondents in the survey had purchased “pre-packaged meal boxes that require microwave heating”, up from 15% in 2013. The percentage of respondents who have purchased “international-flavour food” (such as Japanese-style curry rice, Korean-style ginseng chicken soup, Singapore-style meat bone tea, etc.) has also increased appreciably from 2013, up from 12% to 22%.

A significant number of focus group participants said that the consumption of frozen products specifically made for children is becoming a new trend. Though these products are more expensive, many parents are willing to buy them because they look attractive, and because the parents believe the raw materials used are more suited to children’s nutritional needs. In the survey, 39% of the respondents said they had bought “fast-chilled children’s food”, while 18% said they were buying such food items more frequently.

It is worth noting that, with takeaway delivery services becoming more popular and people becoming increasingly concerned about their health, some focus group participants said they were eating less instant noodles. The survey found that only 57% of the respondents had bought “instant noodles/rice vermicelli” in the preceding three months, a marked decrease from the 78% in the 2013 survey who had done so. Furthermore, only 16% of respondents said they were buying these products more frequently, a figure outstripped by those for most other main categories of convenience food.

The takeaway delivery market has experienced a boom on the Chinese mainland in recent years. This is likely to be due to the increased choice and variety that takeaways offer. This boom has had an effect on the markets for packaged convenience food and traditional instant food. The survey found that the growing popularity of takeaways has had a greater impact on the purchase of convenience food for lunch and dinner than on convenience food bought for breakfast. 38% of respondents agreed with the statement “As takeaways become prevalent, less convenience food (for lunch or dinner) is purchased than before”, while only 28% agreed with a similar statement regarding breakfast. However, 19% of respondents still maintained that “given the fast pace of life, more convenience food (for lunch or dinner) is purchased than before”.

The survey found that the top three factors consumers take into consideration when buying convenience food are texture and flavour, brand and word-of-mouth recommendations, and the manufacturing date and expiry date. Compared with the 2013 survey, however, the importance of texture and flavour as a purchasing consideration has dropped appreciably. The importance of packaging design and small packages, new products/new flavours and quality certification in influencing consumers’ decision-making has increased since 2013.