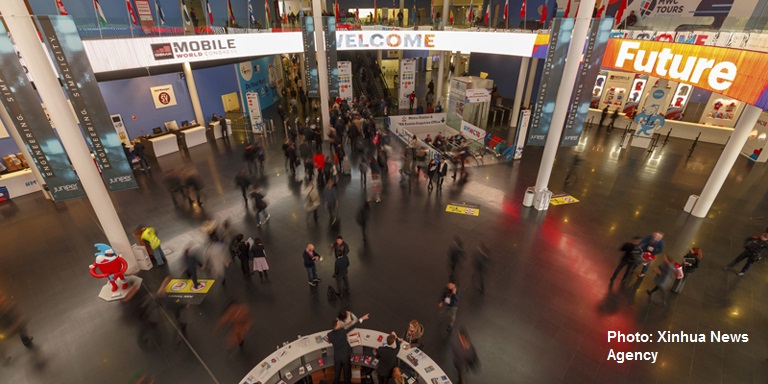 Connected to the Future

Taiwan looks to take a global lead in 5G readiness.

With Taiwan keen to prove its prowess in the mobile-telephony sector, the island was particularly well-represented at the February Mobile World Congress (MWC) in Barcelona, seen as one of the most important annual gatherings of the information and communications technology (ICT) industry.

This year’s theme "Creating A Better Future" is particularly apt as the sector is on the cusp of major technological change, with 5G – the new, much faster wireless protocol – set to roll out this year. In line with this, 5G-compliant software, hardware and handsets dominated the event, while several ancillary sectors set to be transformed by higher connection speeds – including IoT, AI and autonomous vehicles – were also well-represented.

The show took place following an earlier milestone on the ICT calendar – the December 2017 meeting of the Third-Generation Partnership Project (3GPP), the body currently responsible for establishing the global standard for 5G implementation. During the meeting, the first set of such standards – 5G NR Release 15 – was approved, paving the way for commercial applications and new networks to be rolled out.

One Taiwanese firm with a considerable stake in the 5G roll-out is Mediatek. Based in the northern city of Hsinchu, the company is one of Taiwan's leading producers of semiconductors, with a particular focus on the wireless-communications sector.

While the company was content to watch on the sidelines in the run-up to the introduction of the 3G and 4G standards, it has played a far more proactive role in the development of the 5G standard. In conjunction with Qualcomm, the California-based semiconductor giant, it put its own 5G strategy in place in 2013 and has sent a 12-strong consultative team to every 3GPP session.

The company regards 2019 as the end of the pre-commercial era for 5G, with full implementation set for 2020. At that point, it expects 5G-optimsed chipsets to flood the mainstream mobile-phone market.

Demonstrating its 5G-readiness at the event, the company launched its Helio P60 chipset, which is said to support the incoming standard while also being optimised for AI use. This latter function was in line with comments made by MediaTek President Joe Chen that IC companies that failed to keep up with AI technology would soon go to the wall.

For three of Taiwan's leading telecom operators – Chunghwa Telecom, Taiwan Mobile and Far EasTone – IoT was their primary focus, with their MWC attendance signalling their global expansion plans. Of the three, Chunghwa Telecom commanded particular attention with its proprietary "5G Smart Pole +" solution. It also announced the results of several R&D initiatives related to 5G, AI, AR and IoT that were jointly conducted with other ICT businesses.

For its part, Taiwan Mobile announced plans for a strategic partnership with Bridge Alliance, the Asia-Pacific region's largest association of mobile-telephony companies. This partnership will primarily focus on participation in Multi-Network Connect, AT&T's innovative take on IoT.

Far EasTone, meanwhile, held the international launch of BoBee, its dual-band positioning system, during the event. Significantly, the system is said to be the first product of its kind developed in Taiwan and solely supported by the local supply chain.

Taipei-based ASUS also used the show as the launch platform for its latest product – the Zenfone 5 smartphone. With more than a passing resemblance to the iPhone X, this new handset features a 6.18-inch, 18:9 display, as well as a dual-camera system.

Another Taiwanese smartphone brand – HTC – highlighted its move into VR products. According to company Chairwoman Cher Wang, the company’s changed priorities stemmed from its belief that the global smartphone market was approaching saturation point, making it difficult to remain competitively viable.

Apart from the many Taiwanese companies in attendance, which were all largely gathered in the government-sponsored Taiwan Pavilion, MWC once again attracted a wide range of international brands, all keen to unveil their latest products. Among the highlights was the launch of Sony's flagship Xperia XZ2 and XZ2 compact smartphone, while Nokia launched its retro-styled 8110 4G handset.

Making its MWC debut, meanwhile, was Beijing-based smartphone giant Xiaomi, which introduced its new Redmi Note 5 Pro handset to European buyers, following its launch in India earlier in the year.