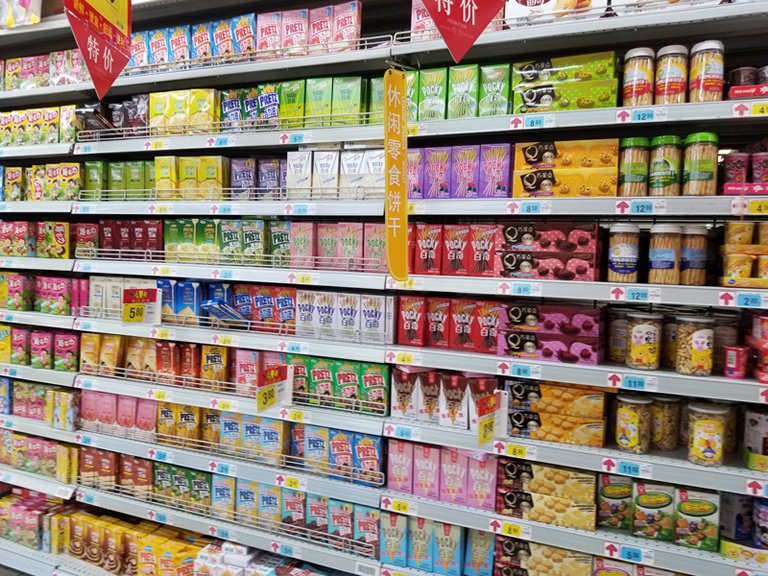 The Chinese mainland is witnessing a sustained growth in its packaged food market thanks to rapid urbanisation and rising incomes. According to Euromonitor International estimates, sales volume of packaged food on the mainland reached some RMB1,577 billion in 2017, representing an average annual growth rate of 6.6% since 2012. The concepts of “food safety” and “healthy diet”, an increasingly westernised lifestyle and changes in shopping channels are impacting the development of the packaged food market. As shown by a recent consumer survey conducted by HKTDC Research [1], four major trends have emerged in the mainland packaged food market, namely the gradual return of consumer confidence in domestic brands; preference for attractive packaging and international flavours; diversity of online and physical sales channels; and growing popularity of organic varieties.

From focus group discussions, it was found that consumers’ attitude towards domestic packaged food brands has gradually returned to normal levels, prior to the spate of food safety scares several years ago. As pointed out by a number of participants, quality inspection state authorities have launched targeted regulatory measures on food safety, with a stringent administrative mechanism and heavier penalties. There have been fewer negative reports about locally produced packaged food in recent years, making consumers more at ease in purchasing them. The intensive publicity conducted by brand owners on their increased investment and enhanced management of raw materials production, as well as their adoption of the organic food concept, also helped rebuild consumer confidence.

The dairy industry is a good example. The previous melamine crisis had prompted some consumers to shun domestic brands and go for far more expensive imported varieties. Yet at the focus group discussions, it was found that the UHT (ultra high-temperature treated) milk packages of some domestic brands, such as Mengniu, Yili, Satine and Shengmu, have become regular purchases for mainland consumers, though some of them are even more expensive than import brand products. Another notable trend is the immense popularity of UHT yogurt, with Mengniu and Yili being the most well known domestic brands.

The survey found that respondents mainly go for rational spending for both domestic and imported packaged food products. While 38% of the respondents said that they had, on the whole, purchased more imported food than in the past, a higher percentage of them said that their purchase decision is mainly driven by the suitability of a product.

Thanks to rising incomes, mainland consumers are known to have upgraded their consumption over recent years by shifting from low-price food to branded items and sampling diversified flavours. One of the major trends of the mainland’s packaged food market reflected from the focus group discussions tells that consumer preference is now shifting further to “attractive packaging design” and “global flavours”.

From the focus group discussions, it was found that consumers are moving away from bulk buys with good value for money to more attractive designs in small packs or individual packaging. This is not only because these attractive designs are more convenient to carry or easier to share, but also because consumers have become more demanding of the packaging design. Those with good designs and attractive appearance are more appealing to consumers.

Confirming this trend, the questionnaire survey found that 81% of respondents agree with the following statement: “Instead of bulk purchase with good value for money, I prefer buying products in smaller or individual packaging because they look more attractive and hygienic”. 78% of respondents agree that “packaging materials can reflect on food quality, and good products should have better packaging with modern designs.”

The pursuit of “global flavours” reflects a new consumer attitude, which does not simply aim at bragging, but indeed underscores consumers’ growing receptiveness towards novelties. After years of exposure to buying from both domestic and foreign markets, mainland consumers are now more ready to sample different flavours for their own enjoyment.

The survey showed that 78% of respondents agree with the following statement: “I like to try different packaged foods to experience various global flavours”. 77% agree that they like to try crossovers and new flavours, which are being launched in growing numbers, fully reflecting the new consumer preference for global flavours, driven by consumers’ receptiveness to novelties. The survey findings also show that the younger the consumers, the higher their receptiveness to new products with diverse flavours. First-tier cities, such as Beijing, Shanghai and Guangzhou, are more receptive to new products.

From the shopping habits mentioned by respondents at focus group discussions, it was found that the development of online shopping has matured, since all participants buy packaged food from online channels. Comparatively speaking, young people are more inclined to buy packaged food online, while older consumers show different online purchases ratios. Such a development can be attributed to the significantly improved logistics speeds, where many online supermarkets can “deliver by 3:00 pm for orders placed before 10:00 am on the same day”. In some cases, delivery of fresh food can even be made within two hours.

According to the respondents, there has been an increasing number of small-sized imported food supermarkets and general snack stores set up in their neighbourhood in recent years. These stores attract consumers through specialising in imported food products and snacks, and their snacks to grains, oils and sauces ranges. Some domestic brands have also set up general snack stores to provide one-stop supply of different product types, and they all come in small packs for purchases of different quantities. The respondents are also aware that an increasing number of medium- to high-end gourmet supermarkets specialising in imported food products have been set up in recent years. These new sales channels can effectively meet consumers’ growing preference for “global flavours”.

Findings of the questionnaire survey also reflect the emergence of these new trends. 71% of the respondents agreed that “among the overall purchases of packaged food products, I now use online channels more often than I did in the past”. 88% of them agreed that “the emergence of small-sized imported food supermarkets and snack stores over the past two years makes it easier to purchase packaged food products”, while 87% agreed that “the increasing number of medium- to high-end gourmet supermarkets set up in recent years offers more choices of imported food and seasoning products”.

With the rise in income and the gradual drop in organic food price over the past two years, consumers are showing an increasing appetite for organic food products. While organic foods mainly emphasise the absence of pesticides and chemical fertilisers in cultivation, the message to consumers does not merely promote “safety” but “health” as well. The rising popularity of the organic concept also echoes the change in consumer concerns from “safety” to “health”. The survey found that consumers in the older age group have made more purchases of organic food products.