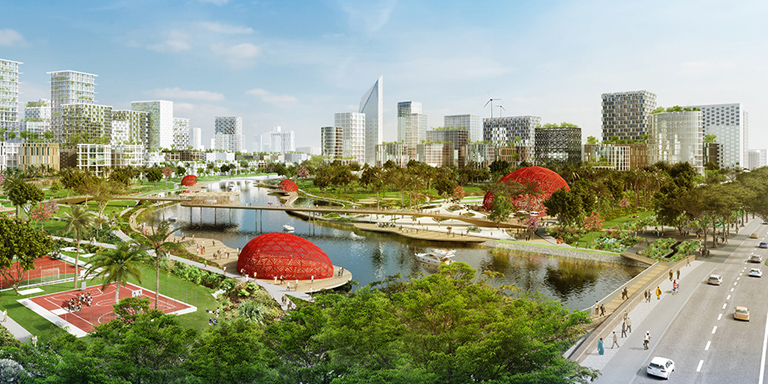 A further US$1 billion in Chinese funding has been secured for the Colombo Port City development, the largest Belt and Road Initiative project currently underway in Sri Lanka. This latest tranche of investment relates to the construction of a new tower block within the International Financial City complex, a core element of the overall Port City, and is in addition to the US$1.5 billion of Chinese mainland backing already pledged to underwrite the costs of dredging and reclamation work for the project.

Once completed, Colombo Port City will function as an extension to the Sri Lankan capital's central business district and as a semi-autonomous entity, operating under a different financial and investment regime to the rest of the country. From China's point of view, however, the primary significance of the project – and, indeed, the very core of its relationship with this comparatively tiny island-nation – is geography.

Set in the Indian Ocean just 32 kilometres from India, Sri Lanka is the perfect way-station for China as it looks to service many of the consumer markets across Southeast Asia, the Middle East, Africa and Europe. Its easy access to the Middle East and Africa also aligns it with the supply lines connecting many mainland manufacturers with their primary fuel and raw-material providers.

In many ways, in line with the architecture of the Belt and Road Initiative, China is keen to restore Sri Lanka to its classic role as a primary maritime interchange for cargo bound for a variety of destinations across Europe and Asia. Indeed, much of China's investment in Sri Lanka has been in line with its aspirations to develop the country's capacity to function as one of the region's key Belt and Road hubs.

To achieve this, a total of 269 hectares of land needs to be reclaimed from the sea between the South Harbour of the Colombo International Container Port Terminal and Galle Face Green, an urban park that stretches 500 metres along the Sri Lankan coast. Once the reclamation work is completed – at some point in 2019 according to the current schedule – the site will be developed in phases until 2041.

The completed project will comprise ocean-front residential and commercial properties, an exhibition centre, hotels, leisure and tourism facilities, green public spaces and a marina, with the final cost estimated to be about US$15 billion. Its ownership will be divided between the Sri Lankan government, which will have a 62-acre stake, and the China Harbour Engineering Company – the state-owned Beijing-based civil-engineering company that has been the primary funnel for Chinese investment into the project – which has been granted a 99-year lease on a 116-hectare site within the development. The remaining areas will be designated as public spaces.

While China is gaining a strategic logistics foothold in the region, Sri Lanka expects its new, state-of-the art commercial centre, looking out over the Indian Ocean, to stimulate more foreign direct investment (FDI) and enhance its capital's status, establishing it as one of South Asia's key international cities.

In order to deliver on this, the surrounding infrastructure is also being upgraded. This will see two looped roadways, linked to an underground tunnel, providing a direct connection to Sri Lanka's expressway network, streamlining access to other major cities in the region. A new inter-city train link will also connect to Colombo's light-rail system.

The joint-development programme cements the already close relationship between the two countries, with China having long been Sri Lanka's primary supplier of both FDI and tourists. While there have been some controversies and political recriminations along the way, the future development of the Colombo Port City project now looks secure, and the completed project is certain to have a major long-term impact on how and where the region does business.