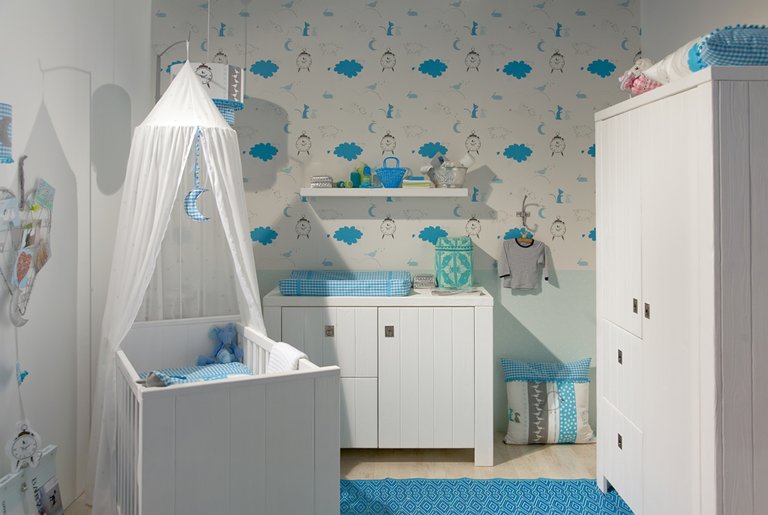 The baby and child furniture market covers a wide and diverse variety of products, including cribs, playpens, floor mats, strollers and car seats. People who responded to a survey commissioned by HKTDC [1] reported that they spent an average of RMB2,747 on baby and child furniture in the past year. The main considerations for parents when choosing these products were “conformity to safety standards” (picked out by 56% of the survey’s respondents), “no hazardous chemicals” (54%) and “transformable uses/designs to suit the needs of a growing child” (51%).

The survey found that department stores (48%) and hypermarkets (46%) are the most popular channels for mainland parents buying baby and child furniture. Some parents have also made purchases online through channels such as domestic maternity and baby/online shopping websites/apps (20%), cross-border e-commerce websites (6%) and WeChat stores (5%). 83% of respondents said they would consider buying a totally new brand of baby or child furniture, suggesting that mainland parents are very receptive to new brands in this market.

Spending on Baby and Child Furniture

Respondents with children aged one or under spent an average of RMB3,481 in the past year on baby and child furniture, a significantly greater figure than the average expenditure by parents with children in other age groups.

The sort of furniture items purchased for babies and children varies according to the age group of the children. Although most furniture items are durable, parents often have to buy replacements as their children grow older, to cater for the changes in heights and weights and to meet developments in their learning needs. One example of this can be seen in the numbers of parents who have bought dining tables/chairs or desks for their children. 66% of respondents with children aged one or under have bought these items in the past year, while the proportion of those with children aged four to six who have done so rises to 93%. Such a difference between the two groups is probably due to parents buying purpose-built desks and chairs for their school-age children to do their homework and other learning activities. The reverse of this rise in demand for an item as children grow older can be seen, unsurprisingly, in the demand for baby walkers. 77% of respondents with children aged one to three had purchased baby walkers over the past year, whereas no respondents with children aged four to six had made such a purchase.

Price That Parents Are Ready to Pay

Consumers in different cities and from different income groups have varying perceptions about the prices of baby and child furniture. The survey asked: “What is the highest price you are ready to pay for a baby walker?” The average answer to that question among all respondents was RMB328. Among the cities in the survey, respondents from Suzhou, were ready to pay the most (an average of RMB354), while those from Guangzhou were the most reluctant to fork out for such an item, with an average response of just RMB316.

In two of the cities in the survey, Changsha and Suzhou, the need for baby and child furniture to have “transformable uses/designs to suit the needs of a growing child” tops the list of factors taken into consideration by parents (selected by 58% and 52% of respondents in Changsha and Suzhou respectively). In recent years, multifunctional furniture items that can be adjusted according to the needs of a growing child have become popular among mainland parents. Many of these are sold by foreign brands. One example of this is a Japanese company’s height-adjustable chair designed to fit children of all ages from six months onward. The baby beds of one Norwegian brand come with extension accessories that make them suitable for all children from new born babies to ten-year-olds. A Taiwanese business has produced a child desk/chair set with adjustable height and angle features which is designed to be able to meet a child’s changing needs over a number of years. Parents consider these furniture items with transformable uses more economical and eco-friendly as they do not need to be frequently replaced.

There are other variations between the responses given by parents in different cities that are worth noting. For example, parents in Beijing were more likely to choose “brand image/word of mouth” as one of their top three considerations than was the case overall (50% of Beijing respondents selected it, as opposed to 41% in general). Shanghai’s parents, meanwhile, gave more weight to “transformable uses/designs to suit the needs of a growing child”, “quality” and “durability” than did those across the survey.

There did not appear to be any major differences in the pattern of the considerations of different respondent groups when broken down by the age of the children, the number of children in the family, or the family’s monthly household income.

Bricks-and-mortar outlets such as shopping centres, department stores and specialty stores are not only the main channels used by mainland parents to buy baby and child furniture, they are also the main way of accessing information on these products. 59% of parents said this was one of their top three channels for doing this. Other popular information channels are online maternity and baby forums (42%) and WeChat public accounts/subscription accounts (38%). Some focus group participants said they preferred going to bricks-and-mortar stores to learn about baby and child furniture items because these are products that are purchased infrequently, and their prices are higher than those of other baby and child products. Some brands display full sets of furniture, including beds, wardrobes, desks and chairs, at the stores. They also provide a customised service, in which furniture display tips and interior design options are offered based on the requirements of the customers.

66% of the respondents in Changsha rely on bricks-and-mortar stores for information on baby and child furniture, significantly higher than the percentage among respondents overall who do so (59%). In Shanghai, more parents get information on these products from online maternity and baby forums (55%) and recommendations from relatives and friends (46%) than is the case overall.

Focus group participants said that their purchase considerations tend to be based on brand reputation and international certification since they do not have a thorough knowledge of China’s inspection standards for baby and child furniture. In the absence of well-defined product inspection standards on the Chinese mainland, some parents would rather buy imported brands. For example, one parent said: “The stroller designs of a German brand are very trendy. They can be easily folded up, and the shock-absorbent feature of their wheels has been tested and certified, giving me greater confidence in their products.” Other parents, however, prefer well-known mainland brands because they say that, although imported strollers may have superior quality and functions, their prices are higher and their after-sales services are limited on the Chinese mainland.

The respondents were asked: “If a totally new brand of furniture for babies and children was launched on the mainland, would you consider trying it?” Overall, 83% of the respondents said they would, indicating that mainland parents are in general very receptive to newly launched baby and child furniture brands. The percentage of respondents saying they might consider trying new brands is highest in Shanghai and Suzhou (both 88%), and lowest in Qingdao (76%).

Furniture items are more durable than other baby and child products, which means they are more expensive and purchased less frequently. Because children are in close contact with their furniture over long periods of time, it is unsurprising that parents’ major considerations when making such purchases are that they conform to safety standards and are free from hazardous chemicals. In recent years, mainland parents have shown an increasing interest in multifunctional and adjustable furniture items for babies and children, since they can be transformed to suit the needs of a growing child. While the prices of these products might be higher, some consider them economical and eco-friendly in the long run. Bearing this in mind, Hong Kong companies trying to expand their market share on the Chinese mainland should consider introducing “multifunctional and adjustable” furniture for babies and children with comprehensive after-sales service and a professional brand image. The inclusion of related international safety certification and environmental certification will also boost parents’ confidence when buying these products.

Bricks-and-mortar outlets remain the favourite channels for mainland parents to access information on baby and child furniture. Hong Kong companies should consider setting up concept stores at shopping centres and department stores to present the functions and characteristics of their products to consumers. Alternatively, they could organise information sessions on the safety of baby and child furniture in order to build up a professional image for their brands. They might also publicise and promote their brands through maternity and baby forums or WeChat in order to reinforce their brand image among consumers.

HKTDC conducted an online questionnaire survey in 10 major mainland cities - Beijing, Shanghai, Guangzhou, Shenyang, Wuhan, Chengdu, Nanjing, Changsha, Suzhou and Qingdao - in March 2017. A total of 3,000 middle-class parents (300 from each surveyed city) who have children under the age of six in the family were surveyed. They are the principal members of the family with responsibility for buying baby and child products and have bought at least three categories of these products in the past year. In addition to the online questionnaire survey, six seminars were held in Shanghai and Chengdu to gain a deeper understanding of the spending mentality and purchasing behaviours of mainland parents on baby and child products through qualitative analysis.