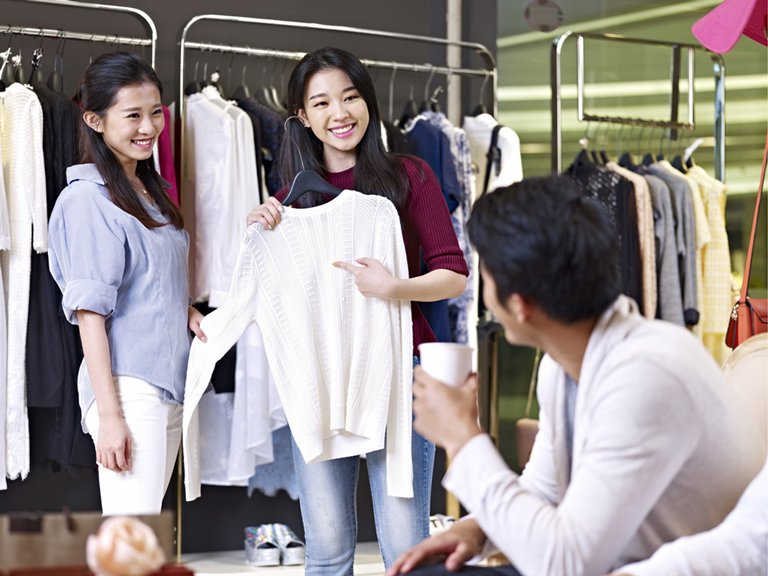 The ASEAN countries, with a total population of about 640 million, are attracting increased attention as promising consumer markets. Notably, the middle-class population in the ASEAN community – people with disposable income of US$16-US$100 per day – is projected to reach 400 million by 2020, according to Nielsen.[1]

With a median age of 29, the ASEAN population is young compared to not only developed markets, but also the emerging markets in Asia. To better understand consumer behaviour and purchasing attitudes of the ASEAN middle class, a targeted, face-to-face consumer survey (the Survey) was carried out by HKTDC Research in the second quarter of 2017.

More than 1,400 consumers with a minimum monthly household income of US$1,000 were interviewed in five ASEAN countries (Malaysia, Thailand, Indonesia, the Philippines and Vietnam), covering seven cities, namely Bangkok, Kuala Lumpur, Manila, Jakarta, Surabaya, Ho Chi Minh City (HCMC) and Hanoi. All of the respondents were aged 21-60, and 80% of them were below 41 years of age (see Appendix for respondent profiles).

Travel and Leisure Most Popular Spending Category in ASEAN

Thanks to the rise of online travel agents and budget airlines, travel is becoming increasingly affordable for ASEAN’s middle class. Many young travellers prefer to make short trips more frequently to neighbouring countries on the weekends, thereby spurring strong intra-regional travel in recent years. The HKTDC Research Survey also confirmed this trend, with “Travel and Leisure” being the top spending category in the past two years among respondents in all cities surveyed with the exception of Hanoi, which showed a stronger preference for fashion items.

It should be noted that, however, the Survey required that respondents met the minimum yearly household income of US$12,000, which is roughly three times the average per-capita income of all ASEAN countries. Furthermore, the survey income threshold represented, respectively, six, four and two times the per capita income in Vietnam, the Philippines and Thailand. The newly industrialising Vietnam is at the lowest end of the income spectrum among the surveyed countries, and within Vietnam, as HKTDC Research learned, the average income in HCMC is higher than that in Hanoi, and this in part explains the weaker purchasing power of Vietnamese respondents compared with the middle-class respondents in other countries.

When it comes to booking a trip, survey respondents reported that their top spending area was travel package (36% of total spending on “Travel and Leisure”), followed by hotel or other accommodation (32%), air tickets (28%) and theme parks (4%).

Growing health consciousness in ASEAN countries also drives demand for related products and services. The Survey found “Health, Beauty and Wellness” was the second most popular spending category in the past two years among ASEAN middle-income consumers.

Among the different sub-categories under “Health, Beauty and Wellness”, health supplements topped the list, with respondents allocating 28% of their money in this spending group. This was closely followed by cosmetics (27%), as ASEAN consumers are getting more conscious about their appearance. The rise of the fitness trend, from high-intensity training to yoga, also created more spending on related products and services.

ASEAN middle-class consumers were found inclined to allocating a substantial amount of discretionary spending to “Fashion” and “Consumer Electronics” in the past two years, with these two categories taking the third and fourth places in terms of spend.

Among fashion and accessory items, business attire, casual wear and shoes were the three most popular sub-categories. Spending on non-clothing items, such as accessories and travel goods, on the other hand, accounted for a relatively smaller proportion of fashion spending.

Looking at the great swathes of electronics items, smartphones clearly stood out as the most preferred spending category among survey respondents. Nowadays, smartphones have evolved into super-devices with multiple functionalities, including communication, internet browsing, intelligent search, photo or video cameras, playing and sharing of music or video files, as well as data processing and online or e-commerce transactions. As such, it is not surprising to find that respondents named smartphones as their top spending sub-category under “Consumer Electronics”.

While just less than half of the respondents spent on smartphones, this response should be viewed in conjunction with those preferring tablets, a sizeable response of 28%. Put together, they accounted for more than 70% of middle class consumer expenditure on consumer electronics. As a corollary, consumers who could afford more expensive gadgets would tend to retire their feature phones first with purchases of smartphone, before moving on to acquire tablets. This digital trend is creating demand not just for devices, but also peripherals and accessories, which many Hong Kong companies are capable of serving with well-designed items.

On the other hand, cannibalisation is clearly evident, with spending on items such as digital cameras and camcorders only taking up 6% and 7% of the total respectively. With smartphones offering increasingly sophisticated camera, consumers in possession of digital cameras were noted to be migrating upwards with either 'prosumer' or professional models.

The Survey results also revealed the median amount spent for each product or service purchase varies widely across the categories as well as the cities. For example, the median spending for each travel and leisure trip in Kuala Lumpur was US$850.5, about 5.5 times higher than that of US$150.5 in Hanoi. Such a huge spending gap suggests that Hanoi consumers are more likely to fly domestically for holiday travel, while the more affluent Malaysian consumers would spend their holidays abroad.

Similar differences can be found in “Consumer Electronics”, where median spending per purchase would rise from a low of US$75.5 in Surabaya to US$400.5 in either Kuala Lumpur or Manila. Furthermore, spending on “Fashion”, “Cuisine, Food and Catering” and “Entertainment” was found to be clustered within fairly narrow price ranges. Respondents across the seven surveyed cities indicated that their median amount spent per purchase on each of these categories ranged between US$75.5 to US$150.5.

The above underlines the significant spending differences among respondents across the surveyed ASEAN countries, along with minor differences between cities in the same country, despite the fact that all the respondents met the minimum middle-class income thresholds as stipulated in the Survey. This also suggests that Hong Kong companies interested in exploring these ASEAN cities should take note of the purchasing power variation across various product and service categories in different ASEAN countries, particularly pertaining to product or service differentiation.

The Survey results showed foreign brands penetration was generally low in surveyed ASEAN cities. Across all product and service categories, respondents allocated at least 60% of their income to local brands. Local brands are particularly strong in many service categories, such as “Education”, “Financial Services”, and “Cuisine and Catering”. In comparison, foreign brands have a relatively higher success rate in “Consumer Electronics”, “Travel and Leisure” and “Fashion”.

The above results may speak volumes for some trends and characteristics in the ASEAN market. First, home-grown brands, with a strong understanding of local preferences, typically have the first-mover advantage and are usually more capable of accentuating relevance to local consumers. Secondly, local manufacturers or suppliers tend to have better knowledge in navigating their local retail markets, which are typically more unique and fragmented, thus giving them greater exposure to the market. Thirdly, the degree of competition due to foreign participation in service sectors is relatively low due to FDI restrictions, as in financial services. Fourthly and importantly, local product or service suppliers tend to come up with offers at lower price points, allowing them to seize larger market share before foreign competition intensifies. Yet as middle-class consumers aspire to western lifestyles and acquire better quality of living, the majority of surveyed consumers indicated that they prefer imported or international brands.

When asked to name the product or service categories that they will tend to spend more in the next two years, “Fashion” was reckoned to be the most popular choice. This trend is particularly prominent in Vietnam, with both HCMC and Hanoi taking “Fashion” as their top category, suggesting consumers in the newly industrialising Vietnam are catching up with their ASEAN peers, turning more image-conscious and upgrading their wardrobes.

Over 50% of respondents also indicated that they will allocate more spending on “Travel and Leisure”, followed by 36% for “Health, Beauty and Wellness”, affirming ASEAN consumers’ demand in these two categories is likely to remain robust. In contrast, survey showed that consumers are not expecting a significant rise in spending for new electronic gadgets. Among the seven cities being surveyed, Jakarta and Hanoi were the only two with “Consumer Electronics” making into the top three categories.

When it comes to choosing one product versus another, ASEAN middle-class consumers weigh a variety of factors. The Survey revealed that functionality, that is whether a product meets certain basic needs or requirements, remains the prime element. Against the economic backdrop that electricity prices are relatively high in ASEAN countries, consumers are more inclined to seek out energy-efficient products.

Non-product factors pertain to aspects not directly related to product features or functionality also heavily influence consumption decisions. For example, ASEAN consumers in general are becoming increasingly aware of environment issues and are thereby more likely to make ethically-conscious decisions. 56% of Survey respondents indicated that products with green labels will affect their consumption decisions, with 47% and 42% of respondents noting that they tend to buy products with organic ingredients and follow good manufacturing practice. Hong Kong companies should be able to accelerate their inroads into the ASEAN middle-class market by focussing on product and image differentiation with strong marketing messages on environmental-friendliness and product integrity.

Thanks to the increased availability of affordable smartphone devices and better data coverage, many ASEAN middle-class consumers are digital natives, with more and more of their decision-making processes and transactions undertaken on online platforms.

The Survey also revealed that consumer-driven marketing activities, such as product reviews, word-of-mouth recommendations from friends and video showcases, are important in tapping into ASEAN consumers, as the latter actively search for information from various sources and channels to help them make a decision. For example, 62% of respondents cited user reviews as an influential touch point. In addition, over 50% of respondents also shared that their purchase decisions were heavily influenced by social media such as Facebook or Instagram.

While traditional marketing remains important, the rapid shift in consumers’ decision making considerations means that marketers must move aggressively beyond purely push-style communication. Notably, only 20% and 18% of respondents regarded “E-mail marketing” or “Artist or Celebrity Endorsement” as an effective way to influence their purchase decisions.

The rise of middle-income consumers continues to fuel sales growth of many products and services in the ASEAN markets, including travel and leisure activities, as well as healthcare and fashion products. These consumers are increasingly looking beyond functionality and making ethically-conscious purchases. User reviews and social media platforms are influential in shaping ASEAN consumers’ purchase decisions, as the Survey revealed.