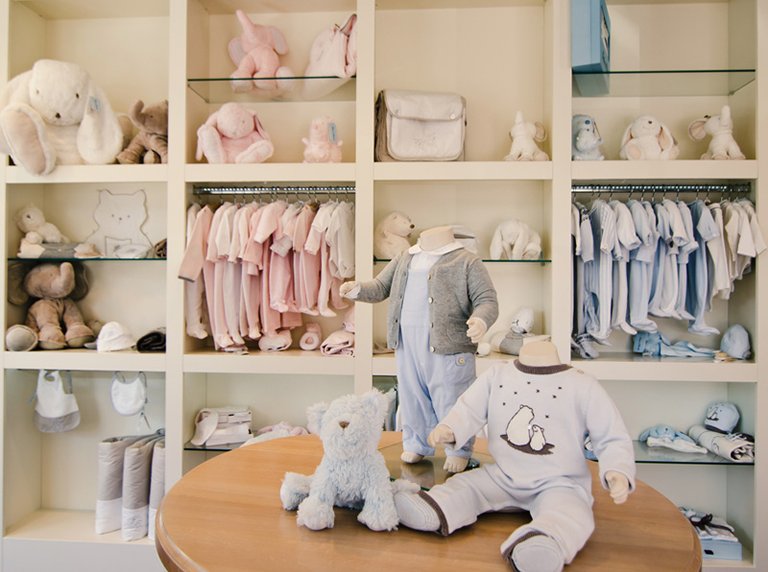 Baby and Child Products in China: Clothing and Accessories Purchase Patterns and Preferences

Mainland parents of the 1980s/90s generation are more willing than those from earlier years to spend large amounts of money on their children. In addition to quality, safety, brand reputation, style and design, they also pay attention to the functions of clothing. According to a survey commissioned by HKTDC [1], 47% of respondents care most about whether the material is “soft and comfortable” and 45% are mainly concerned about the clothes being “non-allergic to skin”. 25% of them are primarily swayed by “brand image/word-of-mouth”, while very few say durability (8%) and price (7%) are their main purchase considerations.

The survey indicates that mainland parents prefer to buy baby and child clothing from physical channels, primarily department stores (51%) and hypermarkets (47%). Some of them also have developed the habit of buying these goods online. Overall, 89% of respondents say they would consider buying new brands of baby and child clothing and accessories, suggesting that mainland parents are receptive to new brands.

Spending on Baby and Child Clothing and Accessories

The survey finds that respondents who have bought baby and child clothing and accessories in the past 12 months spend RMB524 a month on average on these items, accounting for 2.0% of their average monthly household income. Among the cities in the survey, Shanghai has the highest spending on baby and child clothing and accessories, with parents there spending RMB600 a month on average. However, the highest expenditure as a proportion of monthly household income was exhibited by respondents from Chengdu (2.7%).

The child’s age also affects the types of clothing and accessories parents buy. More parents with children in the 4-6 age group (61%) bought formal wear for their children, a significantly higher percentage than that among families with children aged one or under (21%). Children have more opportunities to attend formal functions like banquets, birthday parties and school interviews as they grow up, making it necessary to buy formal wear for them. Mainland parents’ demand for children’s clothing is also becoming more diversified. They dress their offspring differently for different occasions – for example, casual wear in their daily life, formal wear for school interviews and sportswear for outdoor activities.

How Much to Pay?

Consumers in different cities and from different income groups have varying attitudes to price. In order to find out the price ranges mainland parents had in mind for baby and child clothing and accessories, the survey asked: “What is the highest price you are willing to pay for a short-sleeve child tee?” The average overall was RMB179. Respondents from Wuhan were willing to pay RMB197 on average, the highest figure for any city in the survey; while the lowest figure was for parents from Changsha, who were only willing to pay RMB161 on average.

Respondents from Wuhan care more about baby and child clothing being made from “soft and comfortable material” (54%) while those from Shanghai are more concerned about it being “non-allergic to skin” (56%), and Beijing parents give more weight to “brand image/word-of-mouth” (34%). There is not much difference in the percentages for other considerations.

It is worth pointing out that parents are less sensitive about the “durability” and “price” of baby and child clothing and accessories than they are about other considerations. The survey found that only 8% and 7% of the respondents respectively cited “durability” and “price” in their top three considerations. This is probably because “price” becomes the least important factor for parents as their income increases.

The places that the respondents went to buy baby and child clothing and accessories most often in the past year were department stores (51% of respondents had shopped there). This was closely followed by hypermarkets (47%) and chain-operated maternity and baby stores (45%). The percentage of respondents from Changsha buying these items at department stores (58%) and the percentage of respondents from Qingdao buying from hypermarkets (also 58%) were both significantly higher than the overall figures for these particular purchasing channels.

Although mainland parents prefer buying clothing and accessories for babies and children from physical channels, they also have developed the habit of shopping online. Their online shopping channels include: domestic maternity and baby/online shopping websites or apps (23% of respondents had used these), domestic cross-border e-commerce websites (8%), WeChat stores (7%), haitao/shopping agent websites (6%) and overseas websites (5%).

The higher the household income of the respondents, the greater is the likelihood that they shop for baby and child clothing and accessories at department stores. Among respondents with a monthly household income of over RMB30,000, 55% said they would buy clothing and accessories for children at department stores, a significantly higher percentage than that of the group with a monthly household income of less than RMB15,000. The percentage of “two-child parents” (18%) asking friends to buy these items overseas is higher than that of “one-child parents” (8%).

Online-offline integration has become a trend among retailers on the mainland. A children’s clothing company in Beijing says it tries to interact with consumers by organising lucky draws on weibo and relying on recommendations by KOLs (key opinion leaders), knowing that parents like to share product information with relatives and friends on social media. Also, physical stores can help build brand image while uniformity of store display can reinforce the image of a brand in consumers’ minds. Online stores focus on product sales and mainly target third- and fourth-tier cities. Online and offline channels of information are both indispensable.

“Two-child parents” are more likely to obtain information on clothing and accessories for children through WeChat public accounts/subscription accounts (47% of such respondents doing this) than are “one-child parents” (39%). There is not much difference between other groups in their channels for obtaining product information.

The general view expressed by the participants of focus group discussions on baby and child clothing and accessories was that imported brands are expensive but the material used is soft, which makes them particularly suitable for newborns. They also said they found domestic brands good value for money because domestic manufacturers have made improvements in design and functions in recent years. Moreover, foreign brands may not have sizes that suit the Chinese market because they are made for foreign children. Some respondents said the sleeves of foreign brands are often too long for Chinese children and need alterations. They are thus more inclined to buy domestic brands.

Some respondents said that online shopping platforms are flooded with counterfeits, and with used items sold as new. As a result, they opt for cross-border e-commerce (with customs supervision) or ask friends to buy overseas.

The respondents taking the questionnaire were asked: “If a totally new brand of baby and child clothing and accessories is launched on the mainland market, will you consider trying it?” Overall, 89% said they would consider it, indicating that mainland parents are in general quite receptive to newly launched brands. The percentage of respondents saying they would consider trying new brands is highest in Shanghai (94%) and lowest in Qingdao (83%).

Mainland parents are more willing to spend on clothing and accessories for their children as their living standards improve. They will buy suitable outfits for children for different functions and activities. As a result, market demand is becoming increasingly diversified and specialised. Most parents will consider buying a totally new brand of clothing and accessories for children. Hong Kong companies interested in venturing into the mainland market, therefore, may consider segmentation from the angle of diversification of products, such as organic cotton undergarments for infants and multi-function sportswear, casual wear and performance outfits specially designed for children.

Physical stores are the main channels for mainland parents to buy baby and child clothing and accessories, and also to obtain information on these products. The most popular outlets are department stores and hypermarkets. Mainland parents will also buy these items through online channels, including mainly domestic maternity and baby websites/online stores and cross-border e-commerce platforms. They will also obtain information on these items from online maternity and baby forums, WeChat and other social media. Thus, both online and offline sales and advertising channels are indispensable for Hong Kong companies venturing into the mainland market. Given the vastness of the market, Hong Kong companies may consider opening physical stores in major cities to build up their brand image and display products, with online stores playing a supplementary role. This should be able to produce win-win results, especially in efforts to expand sales in third- and fourth-tier cities.

HKTDC conducted an online questionnaire survey in 10 major mainland cities – Beijing, Shanghai, Guangzhou, Shenyang, Wuhan, Chengdu, Nanjing, Changsha, Suzhou and Qingdao – in March 2017. A total of 3,000 middle-class parents (300 from each surveyed city) who have children under the age of six in the family were surveyed. They are the principal members of the family with responsibility for buying baby and child products and have bought at least three categories of these products in the past year. In addition to the online questionnaire survey, six focus groups were held in Shanghai and Chengdu to gain a deeper understanding of the spending mentality and purchasing behaviours of mainland parents on baby and child products through qualitative analysis.