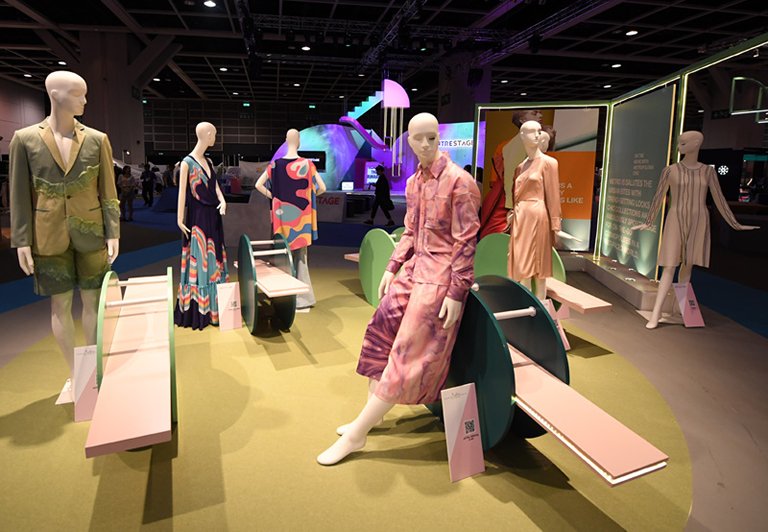 Cautiously Optimistic: The 2018 Outlook for the Clothing and Fashion Market

Now in its second year, CENTRESTAGE is a fashion brand-promotion, launch platform and trade exhibition organised by the Hong Kong Trade Development Council (HKTDC). This year, during the course of the event, HKTDC conducted face-to-face interviews with 202 buyers and 71 exhibitors [1] in order to gain an overview of the current market prospects, new product trends and the latest e-tailing developments.

Overall, the results indicated that many in the industry are cautiously optimistic with regard to their likely sales performance over the next 12 months. Exhibitors, however, tended to be far more upbeat than their counterparts on the buying side. Greater unity, though, was clearly on show when it came to evaluating product trends, with the majority of buyers and exhibitors agreeing that womenswear will remain the most popular category well into 2018.

In general, buyers and exhibitors were both cautiously optimistic with regard to 2018 sales prospects. In total, 58% of buyers and 82% of exhibitors expected sales to remain steady or to decrease next year, while more than two-fifths of buyers believed their revenue would increase in line with higher retail and sourcing prices.

In terms of markets, nearly 90% of respondents saw Hong Kong as having the greatest 2018 growth potential among their traditional markets, followed by South Korea and then Taiwan. In all, 75% of buyers and exhibitors believed that Mainland China would be the fashion industry’s most promising emerging market in 2018, followed by Eastern Europe (excluding Russia) (43%) and then the ASEAN countries (43%).

In terms of optimal product development strategies, 47% buyers and exhibitors backed ‘limited edition collections’ as the most significant route for product development over the coming year. This was followed by ‘brand-licensing products’ (44%) and ‘crossover/joint promotions’ (37%).

Among buyers, the next most important strategies were ‘going smart – interactable with smart devices or wearable technologies’ (31%) and ‘celebrity or key opinion leader-endorsed fashion collections’ (30%).

Many of the exhibitors, however, had a somewhat different view. Overall, ‘going smart – interactable with smart devices or wearable technologies’ (21%) and ‘collections made from new materials’ (21%) were seen as their next most favoured strategies for 2018.

Over recent years, online trading has become an increasingly a popular sales channel for the fashion industry. On average, e-tailing now accounts for one-fifth of the total sales revenue of fashion companies with an e-commerce presence. According to this year’s survey results, more than 70% of buyers and exhibitors use e-tailing as a direct sales channel, a rise from the previous year when only just above 50% respondents indicated they were engaged in online selling.