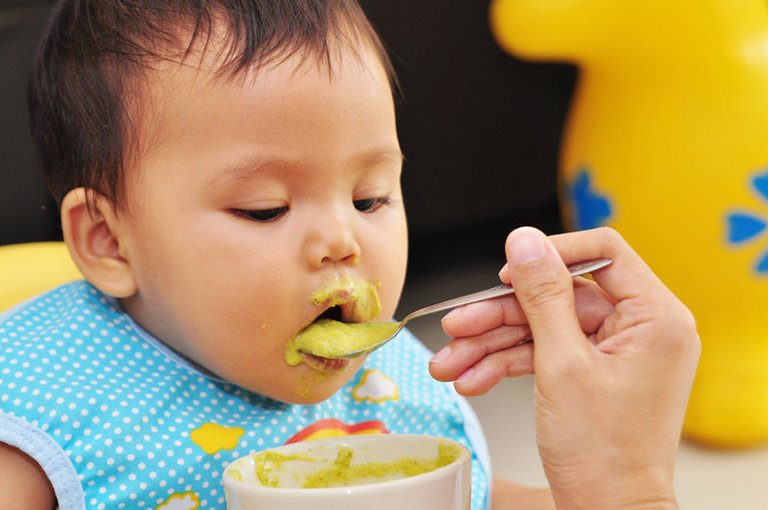 Previous food safety incidents, coupled with rising living standards, have led to many mainland parents becoming increasingly concerned about the safety and quality of food for babies and children. According to a survey commissioned by HKTDC [1], 51% of parents say that what they care most about when choosing baby and child food is the nutrient content, 48% say that it is important that the food contains no additives (no added sugar or preservatives), and 45% cite the presence of supplemental nutrients that are good for children’s growth as another main factor in their decision-making. 49% of parents also care about the taste and feel of the food.

The age of the child also determines the types of child food that parents buy. In age-specific terms, parents with children aged one or below most often buy milk powder (98%) and nutritional products (90%). But among parents with older children, the percentage buying milk powder drops because it no longer forms part of the child’s main diet. Among those respondents with children aged 4-6, only 62% say they regularly buy milk powder and 94% say they buy nutritional products most often.

Among the cities in the survey, Shenyang has the highest spending on baby and child food, with parents there spending RMB931 a month on average. However, the highest expenditure as a proportion of monthly household income was exhibited by respondents from Chengdu (4.3%).

The respondents on average spend RMB932 a month on food for children aged one or below, which is higher than the monthly spending on food for children both in the 1-3 age group (RMB852) and 4-6 age group (RMB693). This is partly due to the fact that older children eat more “regular” food (such as congee and steamed bun) and less specialised baby and child food, so the share of monthly household income being spent on the latter falls as the child gets older. In households with children aged one or below, expenses on baby and child food account for about 3.9% of monthly income; in households with children aged 1-3 and 4-6, the share is about 3.3% and 2.6% respectively.

Overall, respondents in the survey identified three major considerations in buying baby and child food – namely, “complete nutrient contents” (51%), “children’s favorite taste/mouth feel” (49%) and “no additives” (48%). However, there was a slight difference in the responses of parents in different cities. For example, for respondents from Beijing, the top three considerations were “children’s favorite taste/mouth feel” (49%), “brand image/word-of-mouth/reputation” (48%) and “organic food” (46%); while parents from Shanghai gave much more weight to “complete nutrient contents” (67%), “quality” (47%) and “ready-to-eat” (36%) than did parents in the survey overall.

It is worth pointing out that parents do not seem to be greatly price-sensitive when it comes to baby and child food. In this survey, price ranked lower than all other purchase considerations, with only 16% of the respondents identifying price as one of their top three. In the focus group discussions, many parents agreed with the statement that “products of good quality are more expensive by definition” and thought that “it is better to pay a bit more than buy the wrong stuff”, particularly when problematic food is still found in the market.

The most popular places for respondents to buy baby and child food in the past 12 months were hypermarkets (56%), followed by chain-operated maternity and baby stores (49%) and department stores (45%). The most popular shopping venues differ slightly for respondents from the different surveyed cities. A greater proportion of respondents from Suzhou (60%) went to chain-operated maternity and baby stores than overall (49%); while Changsha parents were more likely than those elsewhere to buy from department stores (53% compared to 45% for the overall survey).

Although mainland parents prefer buying baby and child food at bricks-and-mortar outlets, they have also grown into the habit of buying these items online. The online channels they use include domestic maternity and baby/online shopping websites or mobile apps (23%), domestic cross-border e-commerce websites (10%), haitao/shopping agent websites (7%), overseas websites (6%) and WeChat stores (6%). The percentage of respondents from Shanghai buying baby and child food online was markedly higher than in other cities.

The survey finds that respondents from Shanghai are more wary/doubtful of the safety and quality of baby and child products [2] than those elsewhere. They are also the most likely to buy foreign foods by asking friends to buy overseas (20% of Shanghai respondents had used this channel) or through overseas websites (17%) and haitao/shopping agent websites (15%).

40% of respondents said they obtained product information about baby and child food from shopping centres/department stores. The next most popular channel was online maternity and baby forums (31%). However, the proportion of respondents from Beijing (38%) and Shanghai (49%) accessing information from the internet or maternity and baby forum apps is markedly higher than elsewhere.

Online-offline integration has become a trend for the development of maternity and baby goods retailing. According to a chain-operated maternity and baby store on the mainland, parents like to share product information with relatives and friends on social media. For this reason, many enterprises are using social media such as mobile apps and WeChat stores to regularly push product information and introduce new products to members. They also hold parent-child gatherings, mom talks, promotions and other events with brand and product sponsorship to attract both online and offline members. Online stores are also taken as a virtual extension of the sales and promotion platform of physical stores.

More parents with children aged one or under obtain information from physical stores such as shopping centres/department stores (33%) than do parents of children of other age groups. There is no significant difference between respondents from other groups in the way they obtain information.

When asked to evaluate mainland-manufactured baby and child food, focus group participants said there were some satisfying aspects as well as room for improvement. They were satisfied that many different brands of milk powder are available on the market and that customer information, such as nutrient contents, milk source and place of origin, is clearly marked. Those who prefer to buy imported milk powder of overseas brands said they may shop at hypermarkets or shopping centres or through cross-border e-commerce, haitao and other means.

Some respondents said that although they mainly breast-feed their child, they would occasionally use milk powder as a supplement. Since, due to humidity, milk powder can easily become lumpy once the can is opened, they expressed the hope that manufacturers would produce individually-packed products of small quantities for better hygiene and travel convenience. Some respondents said that it was difficult to make choices because there were too many varieties of food supplements on the market. They wanted manufacturers to classify products according to a child’s age and to clearly label the functions of the products (such as boosting intellectual development or bone growth) so parents could choose more easily.

The respondents taking the questionnaire were asked: “If a totally new brand of baby and child food is launched on the mainland market, will you consider trying it?” Overall, 88% say they will consider it, indicating that mainland parents are in general quite receptive to newly launched brands. Among the different surveyed cities, the percentage of respondents saying they would consider trying new brands is highest in Changsha (92%) and lowest in Qingdao (82%).

It is worth pointing out that there is not much difference between respondents from different groups in their readiness to buy totally new brands of baby and child food. The reason is that parents are happy to buy whatever is good for their children’s growth.

Safety issues with milk powder have caused mainland parents to become increasingly concerned about the safety of baby and child food. They are setting higher and higher safety requirements and will actively look for products that meet their requirements. They tend to buy imported brands if the price for similar products is more or less the same. Since respondents from Shanghai are most wary/doubtful of the safety and quality of baby and child products, they are the most likely to buy foreign brands through overseas websites, haitao/shopping agent websites or overseas friends.

The survey finds that 88% of parents are happy to try newly launched brands of baby and child food. Thus, Hong Kong companies interested in developing the mainland market may launch suitable food products to meet market needs, such as individually-packed milk powder of small quantities for easy travel. Parents are not very price-sensitive when it comes to food for babies and children. There is a great demand for organic food with high nutritional value and certification guarantee. However, since competition is keen and there are many domestic and overseas brands around, Hong Kong companies need to cater to the shopping preferences of mainland parents in order to succeed. Although physical stores are the main channels for parents to buy these products and access information, online-offline integration has become the way forward for the marketing of maternity and baby products on the mainland with the high penetration of social media and mobile apps.

HKTDC conducted an online questionnaire survey in 10 major mainland cities – Beijing, Shanghai, Guangzhou, Shenyang, Wuhan, Chengdu, Nanjing, Changsha, Suzhou and Qingdao – in March 2017. A total of 3,000 middle-class parents (300 from each surveyed city) who have children under the age of six in the family were surveyed. They are the principal members of the family with responsibility for buying baby and child products and have bought at least three categories of these products in the past year. In addition to the online questionnaire survey, six focus groups were held in Shanghai and Chengdu to gain a deeper understanding of the spending mentality and purchasing behaviours of mainland parents on baby and child products through qualitative analysis.

[1] See Appendix for details of the survey.
[2] See Baby and Child Products in China: Consumer Attitude and Beliefs.