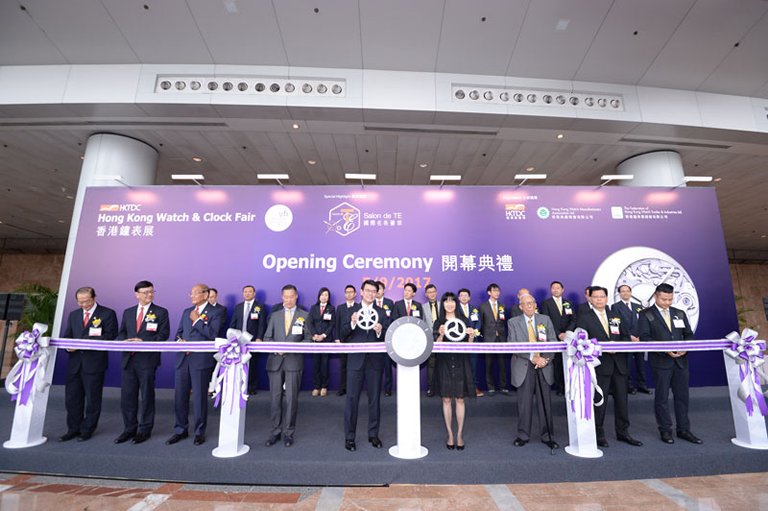 The HKTDC Hong Kong Watch & Clock Fair is the largest event of its kind in the world. This year, HKTDC conducted face-to-face interviews with 503 buyers and 331 exhibitors [1] attending the event in order to gauge the industry view as to current market prospects, product trends and e-tailing developments.

The results showed that the industry was divided when it came to the level of sales anticipated over the next 12 months, with exhibitors showing significantly higher optimism than their counterparts on the buying side. Greater unity was on show when it came to evaluating product trends, with the majority of buyers and exhibitors agreeing that smart watches will remain the most popular items well into 2018.

In general, buyers and exhibitors were divided when it came to the market outlook for 2018. While 67% of buyers expected overall sales to remain unchanged or to decrease next year, 54% of exhibitors expected sales to increase as a result of surging production/sourcing prices.

When it came to identifying the most popular product in the sector, smart watches attracted the highest level of endorsement from both buyers and exhibitors (33%), with digital analogue coming in second with the backing of 23% of respondents. This marks the third time that smart watches have been designated as the most popular items in the HKTDC’s annual Watch and Clock Exhibition survey.

In terms of the category seen as having the greatest growth potential in 2018, 46% of all respondents singled out leisure watches, while also indicating that they expected such items to retail for around HK$478. Overall, only 7% of respondents believed that luxury/jewellery watches had the greatest growth potential in 2018, a sign, perhaps, of continuing economic uncertainties.

Among buyers, the next most important strategies were ‘celebrity-endorsed watch collections’ (32%) and ‘collections that align with the current season’s fashion trends’ (28%).

Many of the exhibitors, however, had a somewhat different view. Overall, ‘collections that align with the current season’s fashion trends’ (40%) took the second slot, followed by ‘mix and match watches (timepieces that can be customised to match clothing)’ (33%).

Online trading is now a significant sales channel in the watches and clocks sector. According to this year’s survey results, some 54% of buyers and exhibitors use e-tailing as a direct sales channel, a rise of 6% compared to last year. Of those companies currently not engaged in e-tailing, 24% indicated that plans were in place to start selling online within two years. Of those companies currently engaged in e-tailing or planning to be, 55% see the channel as suitable for selling leisure watches, followed by fashion watches (39%), smart watches (31%) and sports watches (28%).

Of those companies currently engaged in e-tailing, 49% used the Alibaba platform for sourcing, followed by eBay (45%), Amazon (33%) and Taobao (33%). On average, e-tailing business accounts for one-fifth of the total sales revenue of such companies, with that share expected to increase by 13% over the next two years.

Of this year’s respondents, 55% of buyers and 68% of exhibitors currently sell into mainland China. In terms of future prospects, exhibitors were more optimistic than buyers with regard to the prospects in this particular market. In total, 61% of exhibitors expected the market to grow over the coming year, while only 52% of buyers expressed a similar view.

Overall, the expectation of increased market demand (85%) was given as the key reason for anticipating a growth in sales across the mainland. Of those companies expecting their mainland sales to decrease, the key factors for this were seen as intensifying competition (76%) and decreasing demand (38%).

Overall, both buyers and exhibitors have taken very similar approaches in terms of strengthening their presence on the mainland. This saw both groups concur that expanding their existing retailing/wholesaling mainland network was their primary market development strategy.

The Thai Watches and Clocks' Market: Competitors and Distribution Channels