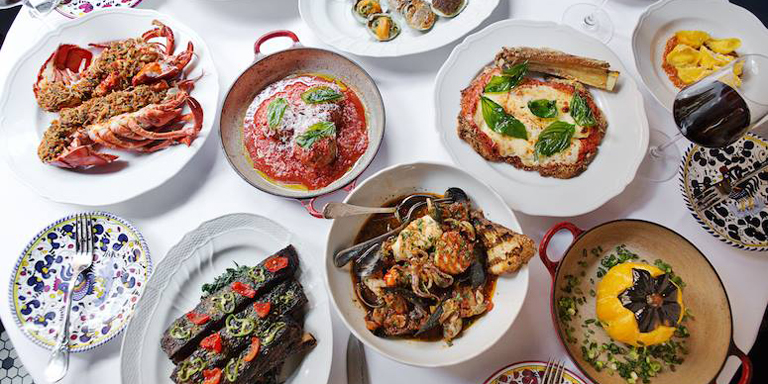 The city’s population of around 3,600 Italians keeps rising each year, many of them initially coming to test the waters as a gateway to China, before deciding to stay on.

As a result, the closer cultural and economic ties between Hong Kong and Italy has led to a number of collaborative initiatives, among them Bellissima Italia, a three-month celebration of all things Italian under the umbrellas of food and wine, visual arts, fashion and design, music, cinema and literature.

Now in its third edition, the festival is running from October to December.

This year’s programme incorporates more than 90 events, ranging from concerts, theatre and opera nights, to temporary exhibitions of Italian or local artists, as well as roundtables and seminars about the unique characteristics of the Italian economy and society. Traditions will be celebrated, and the sweet life savoured when a taste of Italy comes to town – a perfect fit, says Antonello De Riu, Consul General of Italy in Hong Kong and Macau, with the lifestyle offered by Hong Kong.

“Italians enjoy a quality of life that is a blend of tradition and modernity, where simplicity, quality and the ability to perceive the beauty in small things perfectly meld,” said Mr De Riu. “This way of approaching life is emphasised here in Hong Kong by the luxurious and glamorous environment the city offers.”

Since his arrival in Hong Kong in 2014, Mr De Riu said he has witnessed a deepening of economic and cultural relations. “We value these synergies between our cultures as fertile ground for a strong future characterised by a long-lasting trust,” he added.

Since 2011, the number of Italian nationals living in Hong Kong has jumped by about 70 per cent.

Anna Romagnoli, ‎General Manager of the Italian Chamber of Commerce in Hong Kong and Macau, believes that many, like herself, come initially for a short period, but decide to stay. Some start their own business, others stay for career progression.

When Ms Romagnoli arrived in 2014, it was for a three-month internship at the chamber. Now, at just 25, she leads the organisation.

“I am young in terms of age, but senior in terms of professional position,” said Ms Romagnoli. “I don’t believe this would be possible anywhere but in Hong Kong.”

Mr De Riu believes the attraction is the city’s geographical position and its unique relationship with the Chinese mainland, making Hong Kong a strategic hub for the 400 Italian companies that want to do business across the region.

The city’s vibrant start-up scene inspired the launch this year of Startit.Asia, a programme incubating Italian start-ups, organised by the Consulate General in collaboration with the Italian Chamber of Commerce, People & Projects Ltd, the Polytechnic University of Turin’s Innovative Enterprise Incubator, Hong Kong Science and Technology Parks, and sponsored by the Italian bank Intesa San Paolo.

Mr De Riu expects the initiative will strengthen interaction between Italy and Hong Kong in the areas of innovation and entrepreneurship.

“Indeed, several sectors have attracted Italian enterprises to Hong Kong,” he said. “Hong Kong is still one of the leading luxury markets in Asia, catering to internationally recognised Italian brands of fashion, design, automotive, leather and jewellery. Furthermore, companies involved in food and wine import and distribution have been boosted by the appreciation of quality Italian restaurants scattered around the city, many enjoying the presence of Michelin-starred chefs.”

Italian exports to Hong Kong totalled €5.8 billion in 2016, Mr De Riu noted, with half of that re-exported, mainly to the mainland (60 per cent). Fashion and leather goods topped that list, followed by jewellery, watches, then food and beverages.

The Bellissima Italia festival is just one part of the Italian Cultural Institute’s activities promoting the best Italy has to offer in literature, cinema, music, and especially opera, which Mr De Riu said is highly appreciated in Hong Kong.

He cited the recently set up Italian Arts Foundation. Under an exclusive partnership agreement, the private museum Bellini in Florence will make its unique art masterpiece collection available to museums and private organisations. The arrangement, he said, should position Hong Kong as an international hub for the dissemination of Italian arts to a wider audience across the Asian region, starting with the mainland.

Highlights of the 2017 Bellissima festival include Design in Italia, an interactive exhibition series of Italian craftsmanship, interior designs, luxurious sport cars and architectural design being held at K11 Art Mall in Tsim Sha Tsui, until 19 October.

The first solo art exhibition by Valentina Loffredo, titled As for me, I’m very little, will be shown at the KC100 Art Space, Kwai Chung, until 15 November, while on 25 October, a movie screening of The Mafia Kills Only in Summer, a black comedy about 20 years of history of Sicily, will be held at the Hong Kong Polytechnic University.

At the Central Plaza Sky Lobby on 8 November, breathtaking views will be the backdrop to the Hong Kong leg of the Tre Bicchieri world tour. This annual wine tasting programme, organised by the wine guide Gambero Rosso, enables traders, professionals and wine lovers to taste the most interesting wines in Italy – those assessed and chosen for the highest rating “tre bicchieri” (three glasses) recognition of quality.

Boggi Milano, a luxury Italian menswear brand, opens a new Hong Kong flagship at the mall during the festival. And during the week of 20-26 November, chef Marco Sacco, owner of the two-Michelin stars restaurant Piccolo Lago in Italy, will host a series of cooking master classes at venues run by the GAIA Group.