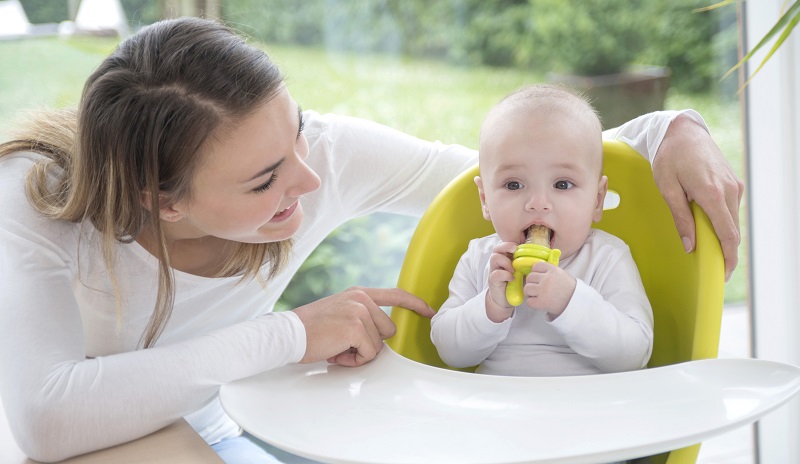 Fu Hong kidsme Ltd of Hong Kong was founded in 1989 by the company Chairman, Herman Lo. In its early years the company carried out production in the Chinese mainland for a number of international brands on an OEM (original equipment manufacturer) and ODM (original design manufacturer) basis. The company then moved gradually into the OBM (original brand manufacturer) business and built its own brand: kidsme.

The kidsme Food Feeder developed by the company was granted the Hong Kong Awards for Industries: Innovation and Creativity, the China National Invention Patent Certificate, and several international awards. Herman Lo shared his experience and insights in developing the Mainland baby and toddler products market.

In the early 1990s, many Hong Kong companies set up factories in the Mainland, primarily producing for foreign brands; Fu Hong was no exception. The company carried out OEM and ODM activities for well-known international brands, such as Disney and Mattel. Then an incident around 10 years ago changed the course of the company’s development.

At the time, Fu Hong received an order from a US hypermarket for cups. As the order was large, the client asked for price reduction. In order to secure the order, Lo slashed gross profit from Rmb0.5 to Rmb0.2 for each cup, only to find out later that the cups’ retail price was Rmb49.9 in Mainland branches of the US hypermarket. This inspired Lo to build his own brand – kidsme.

Drawing on its many years’ experience in manufacturing for international brands, Fu Hong is capable of producing baby products at international standards, including R&D, design, production technology and quality control. Herman Lo built the kidsme brand in 2007 and positioned it as a ‘baby feeding expert’, focusing on the R&D, design, production and sale of mother and baby products.

At the same time, Lo developed the kidsme Food Feeder, which emerged as a breakthrough in traditional spoon-feeding. The Food Feeder not only provides a feeding tool, bridging the gap between liquid foods and mushy foods, but also helps babies learn to self-feed solid foods.

The Food Feeder is made of silicone and shaped like a dummy. Its handheld part can be opened for loading with mashed food, while its sac part teat has many small holes. When the baby sucks the Food Feeder like sucking a dummy, the mashed food passes through the small holes, with the child learning to chew the food.

Since its introduction, the kidsme brand has launched a wide range of new products one after another, including teethers, milk bottles, infants’ dining sets, toothbrushes, manicure and pedicure sets, and toys, providing all-round care for child development.

As a foreign trade company that used to carry out mass production for foreign brands, Fu Hong kidsme Ltd had no wholesale/retail experience or sales channels. To remedy this and build a professional sales team, the company collaborated with a consultant, offering a 100-day training course to staff with the right potential.

At the early stage of brand development, when consumers were not familiar with its brand, the company adopted the profit-slashing strategy whereby distributors were given a larger profit margin so that they would devote more efforts to boosting market penetration for the brand. Lo said: “Some distributors may handle a number of mother and baby products brands and they would usually put more effort into promoting brands that offer them a higher profit margin. Generally speaking, the manufacturer has to give provincial distributors a 30-40% profit margin before they are willing to promote its products.”

In order to prevent manipulation by the distributor, Lo chose Guangdong as the pilot and tried supplying goods directly to local mother and baby stores and specialty stores. Explaining his move at that time, Lo said: “As the company’s office is in Dongguan, I myself and my team have better knowledge and understanding of the Guangdong province area. Also, Guangdong has extensive coverage and is worth trying.” Today, the company also has direct sale stores in Guangxi and Zhejiang responsible for supplying goods to local mother and baby stores as well as specialty stores.

Riding on the wave of online shopping in the Mainland, kidsme started to develop online sales in 2010. Lo stressed that the categories and prices of products offered online and offline must be different. For instance, online sales should mainly target fast-moving consumer goods and competitively priced products.

In a bid to complement the development of its online business, kidsme set up special counters in hundreds of mother and baby stores, adopting the shop-in-shop model, which allows mothers and children to experience and understand the kidsme Food Feeder product series in person. These special counters organise experiential activities, such as food tasting every Saturday and Sunday and on festivals or public holidays.

Compared with online sales, the greatest advantage offered by the shop-in-shop model is that baby experts can provide customers with professional advice, which can in turn persuade them to make purchases. These baby experts are sales staff trained by the company who not only have in-depth product knowledge but also professional childcare knowledge, e.g. what kind of solid foods should be tried first by weaning babies, and points to note when infants enter the teething stage. As a result, the experts are in a good position to refer the right products to mothers.

Also, cash coupons can be given out to mothers at shop-in-shop locations, attracting them to buy other kidsme products. For example, after a mother has purchased a kidsme Food Feeder, with the cash coupon given she may very well be encouraged to buy related products, such as sterilising pans, cups and other dining gadgets.

In analysing mothers’ purchasing mentality, Lo said: “Mothers are not keen on cheap stuff, because the quality of cheap products is no good, yet they like privileges. When a product has good quality and offers a privilege, they are willing to keep buying.” Apart from mother and baby stores, maternity help centres and early childhood education schools are also venues where kidsme considers hosting experiential activities. Currently, online and offline sales each accounts for about half of kidsme’s total sale volume.

After China introduced the two-child policy, it is estimated that 18 million to 20 million babies will be born in the Mainland every year, offering huge market potential. This, coupled with the fact that post-80s and post-90s mothers not only place emphasis on quality but also like innovative products, provides Hong Kong companies with great room for developing their brands.

One example given by Lo is the diamond-shaped milk bottle under the kidsme brand. As most other milk bottles are cylindrical in shape, this unique design is much sought after. However, Lo pointed out that after some of their products are launched, Mainland manufacturers soon copy their design.

Although the company has issued legal letters to dozens of manufacturers suspected of infringement, the accused parties either ignore the letter or mislead consumers by using a slightly different design. Lo’s countermeasure is to launch new products continuously in a bid to capture market share by making use of a fast supply chain.

Hong Kong companies interested in expanding the Mainland market must take note of consumer characteristics and market differences in first-, second- and third-tier cities. For instance, in first-tier cities, mothers are well-versed in mother and baby market information and like buying foreign mother and baby products online, with the market being dominated by well-known international brands.

In second- and third-tier cities, mothers are more likely to make purchase decisions in response to persuasion by salespeople and promotional campaigns, and local sales channels are mainly dominated by certain provincial distributors. Using his own experience as example, Lo said: “A totally new brand takes about three to five years to build. It is suggested that when small and medium-sized enterprises develop the Mainland market they first focus on developing one location, probably a city, province or region, depending on the company’s human resources. In terms of actual operation, they should identify the strengths and weaknesses of their own brand and then make improvements.”

In summary, the success of the kidsme brand can be attributed to many factors. First, the superior quality of the products has won consumer confidence. The company’s factory has been granted ICTI certification [2]. Also, after the kidsme brand was launched, it won a number of international awards, including Best Baby and Toddler Gear Award from the UK, the Kids Design Award in Japan, and the A’Design Award in Italy, which help to consolidate the brand position in the baby and infant products market.

In the long run, the company will continue to participate in exhibitions held in Hong Kong, the Mainland and overseas to network with potential clients and business partners. It will also expand the range of product invention patents and registered trademark items in a move to complement the company’s efforts in upgrading its OBM business.

[2] ICTI (International Council of Toy Industries) certification is for the toy industry showing that toys are produced under a safe and humane environment. The Council has also formulated sets of accreditation standards, a code of business conduct, and an accreditation agreement for the trade.