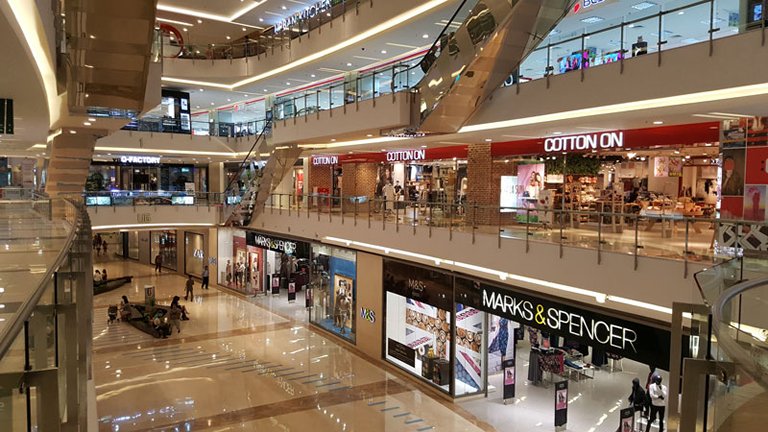 Indonesia’s sizeable population, in addition to its average 6% per annum economic growth over the past decade, has made the country an enormously appealing consumer market. Coupled with the advantageous confluence of a mushrooming middle class and the fast growth of e-commerce, it is not surprising that the country’s consumer market is changing fast. This has led to significant online-to-offline (O2O) developments, involving a range of crossovers between various industries and businesses.

Indonesia is the most populous country in ASEAN with a population some 260 million strong. It’s also the world’s fourth-largest consumer market in terms of population size, trailing behind only China, India and the US. Its average of a 6% per annum economic growth between 2007 and 2016 – the strongest performance among all ASEAN-5 countries – has created a reasonably solid foundation for the increased breadth and depth of demand for products and services among the middle class, a demographic that has become an increasingly dominant force within its consumer market.

In a recent Boston Consulting Group (BCG) survey, 88 million people – some 35% of the population – were designated as middle-class, affluent consumers who regularly spend more than Rp. 2 million (US$140 or above) per month on routine household expenditure, including food, utilities, transportation, communications and other regular household supplies. By 2020, this number is expected to reach 141 million, representing a 53% share.

Moreover, in a bid to boost domestic consumption, the Indonesian central bank, Bank Indonesia (BI), has recently relaxed the regulations on down payments for automobile and motorbike purchases. At the same time, it has also relaxed the limits on loan-to-value ratios for property purchases in an attempt to create more liquidity within the market.

Strong consumerism is already evident in contemporary Indonesia. Robust income and credit growth, coupled with a desire to improve living standards beyond home and car ownership, has translated into strong consumer demand, especially for such lifestyle products as personal electronics, clothes, watches, domestic appliances and fashion, as well as for services such as entertainment and dining out. This bodes well for those Hong Kong suppliers interested in diversifying their business into Southeast Asia.

The Changing Face of Indonesian Retail

Financial market players have been quick to respond to the growth of Indonesia’s middle class, as have retail property developers, shopping malls and department stores – the two most popular shopping destinations for Indonesians. These are now adapting to meet the needs and expectations of the mushrooming middle class with regard to the overall shopping experience and product assortment. This makes them the perfect distribution channels for Hong Kong’s lifestyle products, including innovative consumer electronics, trendsetting fashion and high-quality gifts and toys.

An influx of foreign investors – such as Galeries Lafayette from France, Central from Thailand, Lotte from South Korea and Aeon and Sogo from Japan – has spearheaded the upgrade to Indonesia’s retail sector. Modern retail facilities are becoming an increasingly significant part of the cityscape of many of the country’s major cities, including Jakarta (the country’s capital), Surabaya (the capital of East Java and a hub for East Indonesia), Bandung (the capital of West Java) and Medan (the capital of North Sumatra). Shopping malls are now the first choice for many Indonesians as places to spend their weekends and post-work leisure time, while avoiding the stress, hassle, traffic and parking problems common in the major urban areas.

The more successful of the rising number of shopping malls in Indonesia are those built as a ‘superblock’, a style currently much in vogue among developers. Here the concept is to provide a compact, efficient pattern of land use that offers both residents and visitors excellent opportunities for short commutes to work and easy access to everyday shopping. By blending retail shopping malls, offices, condominiums and hotels together, these superblocks are said to ensure a strong, regular daily flow of customers, something seen as vital to the success of fast-moving consumer goods retailers.

Aside from issues related to location and development concepts, many existing shopping malls have undergone extensive renovation in order to create a range of new features. These include the addition of child-friendly entertainment facilities, such as theme parks, aquariums, IMAX movie theatres, gymnasiums, karaoke lounges and beauty salons. Many malls have adopted these measures in a bid to maintain their appeal to those Indonesian shoppers who have grown fond of new fashions and novelties as their incomes have increased.

Beyond Jakarta and Surabaya

Indonesia’s largest concentration of modern retail facilities, particularly as far as foreign brands are concerned, are inevitably to be found in those areas where the better-off consumers dwell, most notably the country’s two biggest cities –Jakarta and Surabaya. There is, however, an increasing trend for local and foreign mall developers and retailers to expand into the more remote regions, cities and regencies. As world’s largest archipelago, with its population living across more than 17,500 islands, the availability of critical mass and efficient logistics solutions are always an issue in Indonesia. This challenge has been met, though, through the emergence of various on-demand logistics and payments providers, such as the state-owned postal and logistics service company Pos and the home-grown start-up Go-Jek, both which have been fuelled by the country’s on-going e-commerce boom.

Founded in October 2010, Go-Jek has grown from a fleet of just 20 motorcycle riders, primarily serving Jakarta, to more than 200,000 riders across 13 other Indonesian cities, including Bali, Bandung, Surabaya, Makassar, Yogyakarta (Jogja), Medan, Palembang, Semarang, Balikpapan, Malang, Solo, Samarinda and Manado. After raising some US$550 million in funding in August 2016 – a record for an Indonesian start-up – Go-Jek, now valued at US$1.3 billion, became the country’s first ‘unicorn’ [a tech start-up worth US$1 billion or above] and one of very few within Southeast Asia.

Indonesia is the third-largest smartphone market in the Asia-Pacific region (behind only China and India). Current forecasts estimate that its number of smartphone users will increase from 55 million in 2015 to 92 million by 2019. The rising penetration of smartphones has given strong support to the blossoming of business-to-consumer (B2C) e-commerce and the relevant supporting services.

Go-Jek, for example, launched its Android and iOS mobile app for on-demand logistics service in January 2015. Since then, it has expanded and diversified into offering additional services, including Go-Mart (for grocery shopping), Go-Glam (beauty care), Go-Massage (massages), Go-Clean (home and office cleaning) and Go-Tix (ticketing).

The emergence of various on-demand logistics and payments providers has given consumers – especially those living outside major cities – far greater access to a wide assortment of products and brands. Looked at another way, it has also made it possible for the business world to reach out to a large, new pool of under-served consumers, many of whom are increasingly brand-aware and keen to purchase non-basic consumer products.

From Matahari Department Store to MatahariMall.com

As the fulfilment of goods and the delivery of services in Indonesia improves and consumers become more comfortable buying online, many traditional retailers, including Matahari, the nation’s largest department store chain, have sought to accelerate the development of their e-commerce platforms. This has allowed many of these companies to directly connect with increasingly tech-savvy Indonesian consumers while testing the degree of synergy between their online and offline marketing.

With a brand value estimated at around US$2,092 million, Matahari is part of the Lippo Group, one of Indonesia's most powerful conglomerates, and the only retail outfit to make the 2016 top 10 ranking of the most valuable Indonesian brands. Since opening Indonesia’s first modern department store in 1972, Matahari has been swift to mine the possibilities presented by consumers' deep-rooted relationship with the brand. Most recently, this resulted in it venturing into e-commerce with the September 2015 launch of the B2C site MatahariMall.com.

Following the successful launch of a mobile app in December 2015, MatahariMall.com is now attempting to strengthen its O2O presence by collaborating with Pos, the state-owned postal and logistics services. This link-up enables customers to make payment and pick-up goods in post offices across the country.

According to Dennis Susairaj, Head of Sales for MatahariMall.com, as yet online sales accounts only for a tiny fraction of the company’s overall turnover. He does, however, see online migration as a necessity for every retail business.

With more than one million items (stock keeping units or SKUs) now for sale via MatahariMall.com – from bottled water to automobiles – Susairaj believes it is quality rather than quantity that matters in this particular arena. This has seen Susairaj become a frequent buyer at many of Hong Kong’s trade fairs and confirmed his belief that the city is a highly reliable source of new, innovative items in the consumer electronics sector, including wearable electronics and fashion accessories.

With an expected yearly growth of 40% in sales and 30% in its volume of online shoppers, Indonesia’s e-commerce market is set to develop apace. Sales are expected to have reached Rp. 25 trillion (US$1.9 billion) across 49 million consumers in 2016 – a sharp increase from the Rp. 18 trillion (US$1.4 billion) and 37 million consumers recorded in 2015.

In May 2016, e-commerce was removed from Indonesia’s negative investment list, with this booming sector now showing no signs of any imminent slowdown. This represents a huge endorsement of President Joko Widodo’s vision of making Indonesia Southeast Asia’s biggest digital economy by 2020.

Hong Kong suppliers of new products, sourcing agents for innovative offers and consignment partners will find particular traction here as Indonesian consumers are set to become increasingly well-off and brand-conscious in terms of their desire for product quality.

For Susairaj, the likely winners in the e-commerce sector will be those companies capable of presenting new lifestyle choices rather than those simply showcasing price-competitive products. With this in mind, he is very much open to fresh ideas, including the introduction of country-specific pavilions on MatahariMall.com as a means of promoting popular products and specialties from a wide variety of countries and regions.

[1] Multi-finance companies are non-bank and non-deposit-taking financial companies licensed to offer a range of services, including consumer financing and credit card financing.