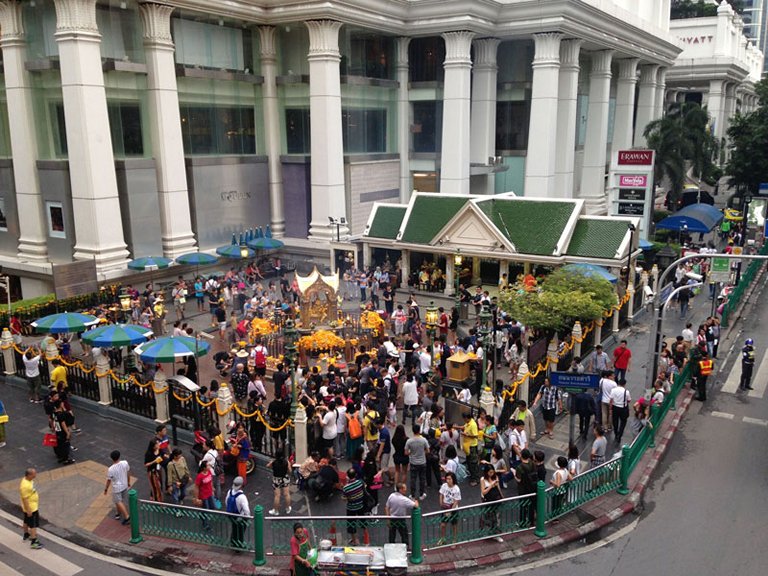 With a 2016 population of some 68 million, Thailand is the fourth-biggest country in the ASEAN region, after Indonesia, the Philippines and Vietnam. Compared with most of the other countries in the region, Thailand’s consumer market is relatively mature, but the potential for it to grow remains high with its economy poised for sustained, productivity-driven growth in the next five years amid on-going urbanisation and the rise of the middle-income class.

Like many emerging economies in the region, Thailand has undergone rapid urbanisation. According to the United Nations, the share of Thailand’s urban population increased to 50.4% in 2015 – up from 38.8% in 2006 – with most of the growth centred around the Bangkok area. Coupled with a sustained improvement in household incomes, this will support the growth of consumer spending on discretionary items, such as lifestyle products and services, while providing good opportunities for Hong Kong suppliers.

While the World Bank classifies Thailand as an upper-middle-income economy, the country’s monthly income and expenditure per capita averaged US$273 and US$215, respectively, in 2015. In Greater Bangkok, the respective figures were US$443 and US$334, some 60% higher than the national average. Hong Kong suppliers offering mid-to-high-end products would find it more cost-effective to focus on the Greater Bangkok Area, where purchasing power is higher and the retail sector and distribution channels are more organised and developed.

According to Euromonitor International, consumer expenditure in Thailand is expected to expand modestly by 5.2% each year from 2016-2021, with stronger growth expected in education (7.4%), communications (5.9%), health goods and medical services (5.6%), and food and non-alcoholic beverages (5.5%). Indeed, as income improves, Thai consumers increasingly crave quality, convenience and high levels of service. The sectors that best match the needs and lifestyles of this middle-income class are likely to offer the greatest potential.

Education is expected to be the category with the fastest growth. Thai parents, as with those in other Asian countries, place considerable emphasis on their children’s development, fuelling a boom in demand for international schools and language training, as well as for a variety of extra-curricular activities, including dancing, painting, music and sports classes.

Spending on communications is expected to increase rapidly amid the development of new technologies and services, as well as by the fall in prices driven by innovation, economies of scale and competition. In Thailand, there is a strong market for premium smartphones, thanks to a desire for high-performance and stylish design among high-end mobile users, especially among those looking to upgrade. In line with this, Huawei Technologies has recently chosen Thailand as the sole Southeast Asia market for its Mate 9 smartphone, with the company believing high-end Thai consumers have strong purchasing power. The company also announced it will double this year’s investment budget for marketing and expanding distribution channels in Thailand [1].

Similar to other consumers in the region, Thais have become more health-conscious and are now willing to spend more on health goods and medical services. While the desire to look younger and more attractive has led to an expansion of the range of health goods in number of specialist areas, including nutritional supplements, health equipment and spas, local demand for medical services in the private sector has also risen in line with increasing incomes.

Thailand’s on-going urbanisation programme has proved a huge boost to the food-and-beverage sector, with people dining out and socialising more. Many chains focus on a particular product likely to be embraced by the young aspirational urban population, typically yoghurts, desserts, coffee, bread or noodles.

In line with global trends, Thai consumers are increasingly embracing online shopping. According to Statistica, revenue in Thailand’s e-commerce market amounted to US$2,451 million in 2016 and is forecast to grow by 17% a year over the next five years. The market’s largest segment is electronics and media, worth US$1,117 million in 2016, whereas fashion and toys/hobbies/DIY are the two segments where the strongest compound annual growth is anticipated over the next five years – 27% and 21%, respectively.

The rapid adoption of e-commerce in Thailand presents a number of opportunities for Hong Kong suppliers. Merchants with their own online platforms may consider increasing their advertising and marketing efforts in Thailand in order to lure sales. This could be done by placing advertisements on Google, the country’s dominant search engine, for example, or on Facebook, Thailand’s most popular social media platform with an estimated 30 million domestic users. As cash-on-delivery (COD) is the preferred payment method, however, foreign sellers should make sure they choose third-party logistics suppliers familiar with this system. It would also help if merchants could provide their e-commerce sites in Thai.

Hong Kong manufacturers that are not ready to sell online could still capitalise on the trend by supplying their products to online merchants or marketplaces. In Thailand, the dominant player is Lazada, whose website traffic has significantly advanced over its local rivals, according to ecommerceIQ. More recently, 11street, South Korea’s biggest e-commerce player, has extended its services into Thailand, posing a possible challenge to Lazada.

Suppliers should, however, be prepared for small-order requests – if not order-on-demand – by many of these online merchants and marketplaces as they tend to keep very low inventories. When preparing price lists and product catalogues for their potential partners in Thailand, suppliers are advised to clearly state the required minimum order. Product samples, both free and paid, should also be made available to potential buyers, allowing them to evaluate product quality. In addition, manufacturers should prepare copies of legal documents for inspection by buyers, while also inviting to visit their factories in order to gain their confidence and nurture the relationship.

Keeping an Eye on the Tourists, Expatriates and Retirees

The tourism market in Thailand is no less important than the local consumer market. In 2016, Thailand received 32.6 million tourists, equivalent to 48% of the local population, with most of them arriving from China or from other ASEAN countries. In recent years, Chinese tourists have become increasingly enthusiastic about travelling to Thailand, registering growth of 71% and 10% respectively in 2015 and 2016.

The average international tourist spent around 9.47 days in Thailand in 2015, and spent some US$151 a day, translating into business receipts of US$43 billion. Expenditure on shopping accounted for about a quarter of the total, with tourists fond of all types of mid-priced designer goods, silk products, fashion jewellery, housewares, handicrafts, art and home décor, etc. Typically, these were bought in shopping malls, night markets and floating markets. Snacks and healthcare products are also popular items to buy in supermarkets such as Big C and Tesco, as well as in drug stores such as Boots and Watsons.

Not only an in-demand tourism destination, Thailand is also a popular option for expatriates as a place to live, work or retire, largely thanks to its low cost of living and high quality of life. At present, some estimates indicate there are as many as one million expatriates living in the country. According to an official in Thailand’s Department of Tourism, most long-stay tourists in Thailand are Japanese retirees, but the numbers of Chinese and European retirees are also high [2]. In fact, obtaining a retirement visa is relatively easy in Thailand. Applicants must be aged 50 or above and able to show a bank balance exceeding US$25,000 or a minimum monthly income of about US$2,000. Products and services that are tailored to older, wealthy consumers in Thailand are expected to have long-term potential.