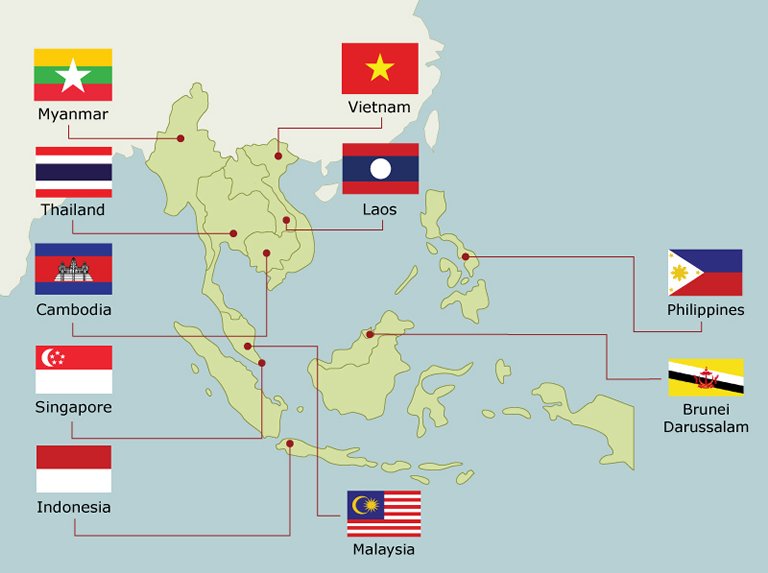 Modern Consumerism in ASEAN: An Overview

As the third-largest market in the world, the ASEAN bloc of countries presents huge consumer demand for businesses' products and services.

The Association of Southeast Asian Nations (ASEAN) is a fast-growing trade bloc consisting of ten member states: Brunei Darussalam, Cambodia, Indonesia, Lao PDR, Malaysia, Myanmar, Philippines, Singapore, Thailand and Vietnam. Robust economic growth in the region, along with the launch of a single market in the form of the ASEAN Economic Community (AEC), makes ASEAN a rising star among the world's growth markets. Formally established in late 2015, the AEC is envisaged as a single market and production base allowing free flow of goods, services, investment and labour. It is expected to be a huge and expanding market of US$2.6 trillion and more than 600 million people.

As Hong Kong's second largest trade partner after the Chinese mainland, ASEAN is an important market for trade and investment. To better explore the business opportunities arising from modern consumerism in ASEAN’s emerging countries, this article is focused on the ASEAN-5, comprising Indonesia, Malaysia, the Philippines, Thailand and Vietnam.

As the population growth of developed economies stagnates and that of China slows down, Southeast Asia and Africa are the regions driving world population growth. At present ASEAN countries already house 630 million people, ranking third in the world, as a bloc, only after China and India.

More importantly, the overall population of ASEAN countries is not only large, but also young – 60% of the bloc's people are aged below 35. The working population, aged between 15 and 64, currently accounts for 65%, and that proportion is increasing, except in the more developed Singapore and Thailand. The dependency ratio of the ASEAN-5 countries is relatively low, with healthy replacement levels. In comparison, the working population in China has started to gradually decrease as a percentage since 2011.

Such demographic developments have important implications for productivity and growth potential. With the obvious exception of Singapore, most ASEAN countries are in the course of reaping a “demographic dividend”, as the younger working population becomes dominant. Such demographics offer a competitive labour supply, while a low dependency ratio implies that more resources will be available for consumption and investment, providing a “boost” to economic growth.

In comparison, China entered its current era of demographic competitiveness easing, which is expected to end at 2025, much earlier. ASEAN countries' demographic window offers opportunities for faster economic growth, which will naturally generate a more rapid increase in consumption demand through the region. It is estimated that in the period from now until 2030, one third of the bloc's consumption growth will come from population growth, and the rest from higher per-capita spending.[1]

Rising Income along with an Expanding Middle-Class Population

As the figure below shows, the GDP growth projection for the ASEAN-5 is at 4.8%, higher than the world average of 3.2%. ASEAN countries considerably out-perform developed economies and some are on a par with China.

ASEAN countries are expected to be the powerhouse for regional growth in the coming years. Within ASEAN, Vietnam, the Philippines and Myanmar are expected to show faster growth than the others. With a low GDP base and the country embarking on rapid economic reforms, Myanmar’s economy is expected to grow rapidly in the next five years, particularly in the aftermath of the smooth transition to a new government in April 2016, which significantly boosted business confidence.

ASEAN populations can expect great economic benefits and business opportunities arising from rapid GDP growth, both from the buy and sell sides. From the vantage point of ASEAN consumers, the disposable income of ASEAN households will increase at an annual rate of around 5% from 2015 to 2020, generating a fair amount of consumer demand, as projected by Euromonitor. Notably the middle-class population of the bloc is expected to grow significantly, from 150 million to 400 million, by 2020, thereby offering huge potential on the sell or supply side for various consumption-focused businesses, including retail, food and beverages, e-commerce and logistics. According to Nielson’s research on consumer confidence and spending intentions, ASEAN consumers are among the most confident in the world. The Philippines, Indonesia, Vietnam and Thailand are among the top 10 in the Global Consumer Confidence Index, reflecting ASEAN consumers’ optimism going forward.[2]

Despite ASEAN’s common regional identity resulting from decades of integration efforts[3], ASEAN countries are noted for their diversity, with consumers differing not only in terms of their income, but also having very distinctive cultures and preferences. To market effectively to ASEAN consumers, the diversity of the region must be recognised.

Singapore is the most advanced economy among ASEAN countries. According to the World Bank, the country’s per-capita Gross National Income (GNI) stood at US$52,000 in 2015, which is among the highest in Asia. The island-state has a relatively mature consumer market with strong purchasing power and demand for high-end goods and services. Unlike other ASEAN countries, Singapore is feeling the impact of a rapidly ageing population now that the band of people aged 65 or above has started to expand at a higher rate than other bands.

Malaysia and Thailand are upper-middle income countries, with per-capita GNI of US$10,600 and US$5,620 respectively, and modest GDP growth as well. Their middle-class population has also steadily increased. While the average age in these countries is low by international standards, the size of their respective elderly consumer markets is also fast expanding as a result of improved health-consciousness and availability of healthcare.

While per-capita GNI in Indonesia (US$3,440), Vietnam (US$1,980) and the Philippines (US$3,540) is on the low side, these three countries – which collectively account for about two-thirds of the ASEAN population – have experienced rapid economic growth. Indonesia alone accounts for 40% of the ASEAN population. Second- and third-tier cities in these countries are the new markets to watch. Fast-moving consumer goods (FMCG) such as personal care products and food and beverages will witness large demand in these countries.

ASEAN countries are also culturally diverse, with most incorporating multiple ethnicities and languages spoken. In terms of religion, Islam, accounting for 40% of the ASEAN population, is the dominant faith and is the official religion of Brunei, Indonesia and Malaysia. Muslim consumers therefore constitute a large market in their own right within the bloc, and have distinct consumer preferences. Halal food and beverages, and even halal cosmetics, can be found on sale in Islamic ASEAN countries. Meanwhile, Thailand, Cambodia, Laos and Myanmar, the majority of people practice one or another form of Buddhism. In contrast, Singapore and Vietnam have a much lower proportion of practising Buddhists.

The Philippines, the second most-populated ASEAN country, with more than 100 million people, is the only country in the bloc with Christianity as its dominant religion. Inevitably, Christmas, which generates much festive consumption, is much more celebrated in the country than in other ASEAN countries. The overall proportion of Christians in ASEAN is similar to that of Buddhists, at around 17%. Hong Kong companies should take note of the religious diversity and distinctive cultural factors in different ASEAN countries, variables which can manifest themselves in different consumer preferences. Take the food and catering sector, for example: Hong Kong should be aware that pork is not consumed by Muslims, and food products and dishes containing pork are unlikely to find huge markets in Muslim-dominated countries like Indonesia.

The Retail Landscape of ASEAN Countries

It is generally observed that ASEAN consumers are becoming increasingly brand conscious, especially those in the middle-income and well-off brackets. Japanese brands and international fashion and apparel brands, such as Zara and H&M, have established a strong foothold in these markets, wasting no time in rolling out new and stylish collections that are well received by ASEAN’s young middle-class urbanites.

With the income levels of ASEAN consumers continuing to rise, the demand for better quality products has also increased. Generally, design is winning over price among middle-class ASEAN consumers, in contrast to the average ASEAN consumer, who still prefers lower price to quality. This trend is especially prevalent in major ASEAN cities such as Jakarta, Bangkok, Kuala Lumpur and Ho Chi Minh City. Meanwhile, ASEAN consumers are also becoming more environmentally conscious. Green products are popular in Thailand, Indonesia and Vietnam. Consumers are willing to pay more for green products, which they believe are likely to be of higher quality, besides echoing their support for a more sustainable environment.

In stark contrast with the middle-class urbanites driving growing demand for discretionary products and services such as high-end consumer electronics, hotels and catering, those consumers living outside first-tier cities in ASEAN countries are paying stronger attention to FMCG goods (such as toiletries and cosmetics) and home appliances as they upgrade their living standards. The figure below summarises the key growth categories of consumer goods and services identified in the ASEAN-5 countries:

This article has examined the potential represented by ASEAN consumer markets and outlined the key growth categories in different ASEAN member states. Further discussion of recent retail developments in individual ASEAN countries can be accessed here.

CAMBODIA: Garment and Footwear Workers Set for US$192 Minimum Monthly Wage in 2021