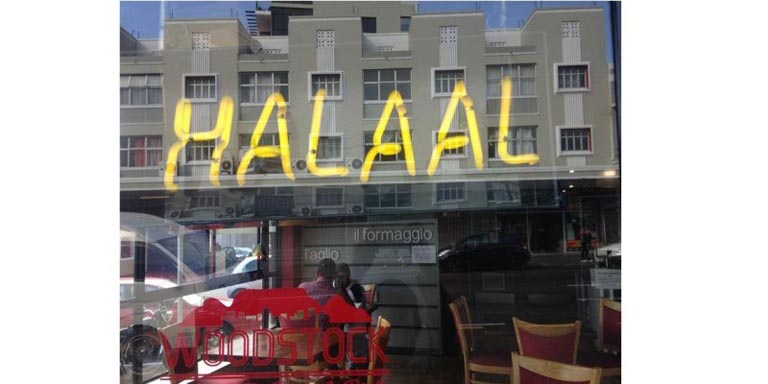 With the Belt and Road Initiative poised to transform market access across Asia, potential partnerships with African companies are opening as they seek to target Asian consumers. In particular, many South African halal food producers have high hopes that Hong Kong could prove the ideal gateway for boosting their exports across the region.

By 2030, the global Muslim population is estimated to number some 2.2 billion, representing about a quarter of the world's consumers. This substantial demographic shift will result in increasing demand for halal products. The global halal food industry is estimated to be worth US$2.3 trillion, and South Africa is among many countries hoping to capitalise on this rapidly expanding market.

Despite its relatively small Muslim population, South Africa is a world-leader in producing and – importantly – certifying halal products. The country's exporters see Asia as one of the fastest-growing markets for halal goods; by 2030, it’s projected that Asia will be home to 80 per cent of the world's Muslim population.

"South Africa has long had a significant number of domestic producers of halal food,” said Ebi Lockhat, a spokesman for the South African National Halaal Authority, the country's leading halal certifying body. “Those manufacturers are now starting to become active internationally. This has seen many of them attend trade events across the Muslim world, while looking to establish a firm presence in the international markets."

South Africa's halal production system is subject to high certification standards, ensuring compliance with the requirements of Muslim consumers. Eating only properly-certified food is mandatory for practising Muslims, with such proof of compliance providing an assurance that all such foodstuffs have been produced according to Islamic law.

In line with this, plans are now in place to further enhance South Africa's position within the sector. This includes the launch of a government-backed US$67 million halal food-processing industrial park. This new facility will ramp up South Africa's halal food export capacity, with the aim of doubling its share of the global market. A feasibility study is underway in the Cape Town area to determine the best location for the proposed park.

When completed, the park will comprise a cluster of halal manufacturing and service firms. South Africa's Western Cape provincial government also hopes to attract a globally recognised halal certifying body to operate out of the site.

For the provincial government, growing the halal industry is now a key focus as it looks to boost growth and create new jobs in the region. "This industry is growing at an estimated annual rate of 20 per cent,” said Alan Winde, Western Cape Minister of Economic Opportunities. “This is why we are now looking for significant growth in the size of the province's halal industry.

"Certification is also hugely important. In addition to developing a guide to the current certification standards, we will work with the appropriate certification bodies in order to try and establish a single standard, one that is in line with global market demands."

The new park is being planned in collaboration with the Malaysian government, which has itself identified a shortfall in the provision of halal food for the world's growing Muslim population. In 2015, Mr Winde led a delegation to Malaysia to strengthen trade links with the Western Cape region.

As a result, the Western Cape Fine Food Initiative, another partner in the proposed park, and the Malaysian Industry Government Group for High Technology signed a long-term cooperation agreement to foster partnerships between the two countries' halal industries.

In the 1970s, Malaysia was the first country to set halal food production certification standards, which are still viewed today as a global benchmark. With Malaysia at the heart of the Asian halal market, South Africa's halal producers are expected to greatly benefit from Malaysia's experience and reputation in the sector.

China is also looking to increase its share of the global halal food market. This move has been partly spurred by the country's adoption of the far-reaching Belt and Road Initiative. Significantly, many of the countries along the proposed Belt and Road routes have substantial Muslim populations.

As a result, China is keen to match its export offer with the needs of its Muslim neighbours along the Belt and Road. Chinese companies currently export less than one per cent of the global total of halal foods, but want to substantially expand their share of the sector.

Many Chinese suppliers, however, will be hampered by the poor reputation of the country's domestic food industry. This leaves a clear opportunity for producers of properly-regulated and certified halal foods to work with distributors in the region.

As a key player in the Belt and Road Initiative, Hong Kong is ideally positioned to adopt a primary role in the processing and distribution of such produce, with South Africa keen to be its supply partner. The rand’s expected fall to an all-time low means that importers can buy South African products for about 33 per cent less than a year ago.

"Countries such as Malaysia, Singapore and China are critical markets for halal produce,” said Nazeem Sterras, Chief Executive of the Western Cape Fine Food Initiative. ASEAN, in particular, presents a huge opportunity for distributors, while the overall Asian halal market is estimated to be worth around US$410 billion annually. I believe that Hong Kong can play a significant role in bringing halal brands to these key consumer markets."