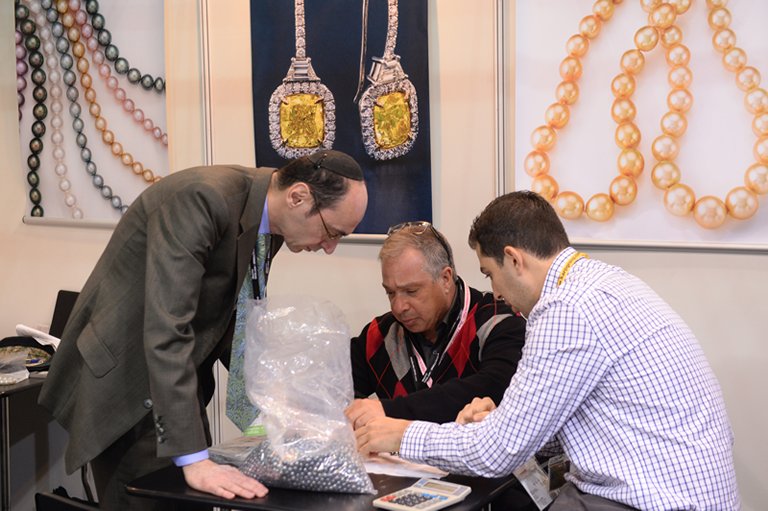 As for gemstones, diamonds are expected to be the most sought-after this year, followed by pearls – especially Akoya pearls and South Sea pearls – rubies and jade, particularly “A” jade.

While there is no consensus among diamond traders as to the preference of melee or solitaire designs, they overwhelmingly agree that the prong setting will be the most popular. In terms of the 4Cs grading of diamonds, the favourite is expected to be the one carat, colourless, round-cut and VVS (very very slightly included) in clarity.

Most respondents expect karat gold to be the most popular precious metal in 2016, with 50%, 38% and 31% favouring white, rose and yellow colours, respectively, the same top choices as last year. Compared with the 2015 survey, significantly more respondents are opting for karat rose, up to 38% from 33%.

On diamond jewellery design, traders have an evenly spread view on the popular type this year – 52% opting for melee and 48% choosing solitaire, while last year’s opinion was more a tilt towards melee (56%). On the other hand, respondents overwhelmingly believe prong (41%) will be the most popular setting this year, beating micosetting (24%) and channel (18%). Last year, both microsetting and prong received about a quarter of the respondents’ votes for the most popular setting.

In terms of diamond carat weight, most respondents agree that 1 carat (38%) will be the most popular this year, followed closely by 50-99 points (35%). There seems to be a shift in consumer preference this year towards diamonds of a lighter weight, as observed by the significant drop of 10 percentage points in the share of respondents choosing 1 carat, while the share for 50-99 points has increased noticeably by 17 percentage points.

More than half of the diamond traders in the 2016 survey say D-F (colourless) diamonds will be the most popular, up 15 percentage points from last year. About a third of respondents prefer G-J (near colourless), similar to last year. However, both K-M (faint) and N-R (very light) are seeing less support this year.

Compared with last year, there is a substantial increase in the percentage of respondents favouring round-cut diamonds – up to 71% from 45%. All other cuts are receiving less attention this year, especially the emerald cut, which dropped 10 percentage points to 4% in the 2016 survey.