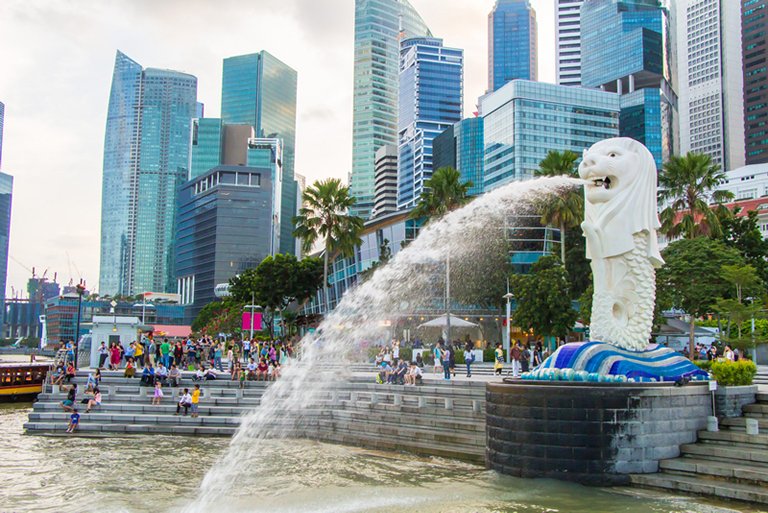 The Myth of Hong Kong Losing Out to Singapore

Hong Kong appears to have lost out to Singapore in recent years, as observed in the 40% differential of their 2014 per-capita GDPs. However, Singapore’s labour productivity is only 15% higher than Hong Kong’s, and there is no vast difference between the two in terms of their business environment. Against the backdrop of regional integration and cooperation, it may be more meaningful to focus on the complementary roles of the two economies.

The most direct and apparent reason for Singapore’s higher growth and per-capita GDP is its active labour policy, which has boosted the size of the working population. In recent decades, the Singapore government has implemented various programmes to attract new immigrants who are either young, highly educated and skilled, or low-wage workers in sectors with labour shortages. This has resulted in higher labour productivity and labour-force participation in Singapore.

By contrast, Hong Kong’s major source of population growth in recent decades has been Mainland Chinese spouses and accompanying children of Hong Kong residents, who applied to settle in Hong Kong through the One-Way Permit Scheme. The scheme, administered by the Chinese authorities, is designed primarily for family reunion. Other admission schemes in Hong Kong target talents, professionals and entrepreneurs, but these immigrants have not contributed to the labour force as significantly as they have in Singapore.

However, Singaporeans have started to blame the influx of workers for overcrowding, soaring home prices and depressed low-end pay. The Singapore government has responded by tightened immigration controls and increasing social benefits. Some businesses have started to face rising labour costs and difficulties in hiring.

There are other explanations regarding the GDP differential between Hong Kong and Singapore. For example, according to economics professor Dr Yue Chim Richard Wong [1], the market values of government-subsidised housing units in Hong Kong are not adequately reflected in GDP figures because they cannot be traded on the open market, unlike the subsidised housing units of Singapore’s Housing Development Board. Also, the expansion of post-secondary education in Hong Kong did not gain traction until after 2000, in contrast with sustained investments in education by the Singapore government.

Apart from economic growth, the global rankings of Hong Kong and Singapore are often compared. In most rankings concerning the business environment, both economies rank near the top. The results of such studies are highly dependent on the methodologies.

In fact, Hong Kong and Singapore share a lot in common. Both are small, open economies with no natural resources, but have developed into international trade and services centres in Asia. From a regional development perspective, the two economies are nodes connecting the hinterlands of Mainland China and ASEAN countries, which are set to strengthen economic ties and integration. Rather than a zero-sum game, Hong Kong and Singapore may complement each other in many ways that could contribute to the prosperity of the region.