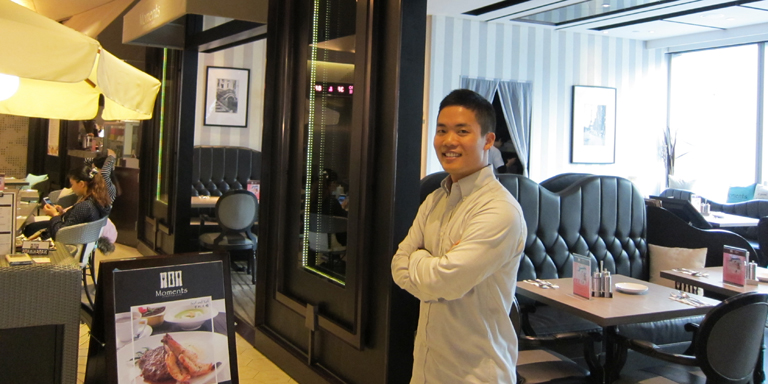 Having the right people at the right time is a recipe for success for Hong Kong restaurant group Drawing Room Concepts.

Former investment banker Tony Cheng set up Drawing Room Concepts to pursue his passion for the food and hospitality industry. Its first venture, The Drawing Room, was awarded a coveted Michelin star less than a year after opening in 2009. Since then, the restaurant group has grown to include nine dining establishments, including its latest, Spanish dining concept Vasco, located in Hong Kong’s creative hub PMQ, as well as the Mediterranean restaurant Isono. The entrepreneur offers his insights on the evolving F&B scene in Hong Kong and on the Chinese mainland.

How did your first restaurant, The Drawing Room, manage to earn a Michelin star in just its first year of operation?
I was lucky to meet the right people at the right time. Drawing Room Concepts (DRC) was risky to start with, given the fact that it was set up at a time when Hong Kong’s economy was not at its best. Few restaurants opened during 2008 and 2009. The success of DRC was the effort of many people, from my business partner and chef Roland Schuller, to our back-office staff, doing accounting and administrative work – to them I am grateful. Another factor was that we didn’t build the restaurant from scratch; we took over an eatery that was in a distressed situation, which did not require much capital investment.

How has your professional background in auditing and investment banking helped to grow the restaurant group?
The nature of the F&B business is very fluid. This could be risky for inexperienced restaurateurs if they don’t have established control procedures to manage their business. My business background helps to put things in perspective. Our restaurants run according to clear guidelines, so that the company operates in a very structured way. While I didn’t really enjoy working as an auditor, it gave me the opportunity to see how large-scale, listed companies work. I would approach the CFO for advice when it comes to such questions as lowering financial risks, and this allowed me to understand a business from an insider’s perspective. Working for an investment bank, on the other hand, helped me gain a holistic view of a specific industry.

You plan to expand your business to the Chinese mainland. How does the mainland’s food scene differ from that in Hong Kong?
Hong Kong is a foodies paradise and there’s no doubt about that. But in terms of culinary innovation, China is catching up. I’ve seen some daring ideas sprouting from the mainland food scene; there’s a restaurant in Hangzhou that dishes up whole roasted lambs with no dining utensils, so that customers eat using their hands.

Costs such as rental is about one-third to half of what we pay here, allowing mainland restaurants to realise ideas that may be off-limits for the Hong Kong audience. But with the possible introduction of the food truck business in Hong Kong, companies big and small would be on the same playing field, with their set-up costs much lower. I see big potential for Hong Kong’s F&B industry.

Some people have questioned the practicality of rolling out food trucks in Hong Kong. What is your view?
There are problems logistically. Take the Rugby Sevens, for example. Ninety-nine per cent of the trucks will travel to the stadium to secure a spot. While this could be troublesome to road users, we could look at how it is done overseas, such as the US West Coast. We can take reference from how they operate when there’s an LA Lakers game and see if we can take a leaf out of their book.

What’s in store for Drawing Room Concepts in the near term?
We will launch a Singaporean-themed eatery in Hangzhou, China and introduce a new concept in Hong Kong later this year. Guest chefs, including Rome’s Luciano Monosilio, will also visit Isono to cook up a Roman-inspired menu.