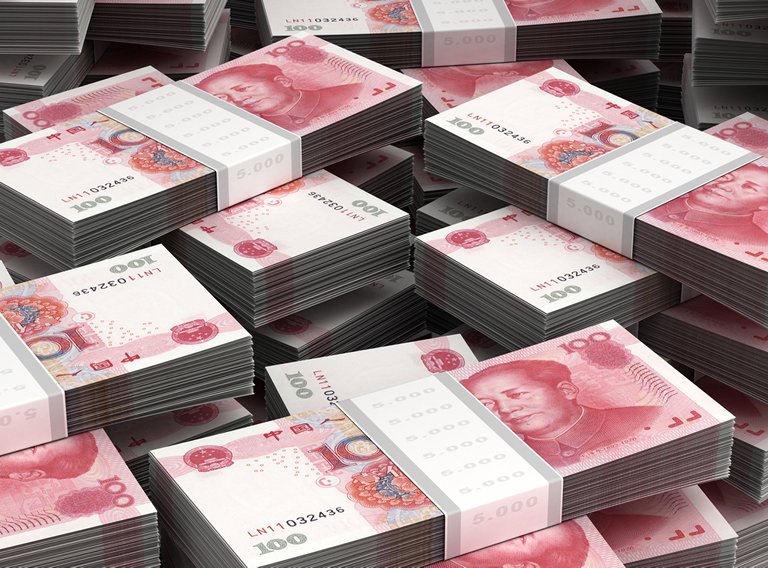 CEPA has moved to a new phase with the revelation of a subsidiary agreement aimed at achieving basically free trade in services between Guangdong and Hong Kong.

As a significant step toward service market reforms on the mainland and economic co-operation with Hong Kong, in 2011 the mainland government announced its intention to permit a basically free trade in services between the mainland and Hong Kong by the end of 2015, coinciding with the conclusion of the 12th Five-Year Plan.

In 2012, this commitment was followed by a bid by the Guangdong government to secure a basically free trade in services with Hong Kong a year before the end-2015 deadline. Against this background, the Central and Hong Kong governments signed a new agreement under the CEPA framework in December 2014. Known as The Agreement between the Mainland and Hong Kong on Achieving Basic Liberalisation of Trade in Services in Guangdong (“Guangdong Agreement”), it is scheduled to come into effect from March 2015.

A major feature of this Guangdong Agreement is it conforms more to international standards in terms of the pre-establishment national treatment and the implementation of a negative list. This is the first free trade agreement entered into by the Chinese mainland using this format. In general, the agreement sees Hong Kong companies accorded the same rights as mainland companies in Guangdong, aside from the exceptions laid down in the negative list. In addition to providing a negative list, the Guangdong Agreement also adopts a hybrid approach with positive listings for all cross-border services[1].

The Guangdong Agreement follows on from the adoption of 70 Guangdong pilot implementation measures[2] that already apply to Hong Kong services suppliers (HKSS) as a result of various CEPA Supplements (i.e. in terms of positive listings, with most of them related to a commercial presence). Another 27 liberalisation measures regarding cross-border services have also been stipulated under the positive list of the Guangdong Agreement.

On the whole, the breadth and depth of liberalisation under the Guangdong Agreement exceeds the previous CEPA measures. Without exception, they cover all sub-sectors of Hong Kong’s four pillar industries - finance, tourism, trade and logistics and professional services. To differentiate the Guangdong Agreement from other CEPA Supplements, it is designated as a subsidiary agreement, rather than a supplement. This is in light of the new hybrid approach and the focussed market access for HKSS in Guangdong.

Given that the mainland’s capital account is not fully open, and the RMB not freely convertible, the Central government has always adopted a pragmatic approach to reforming the capital market on the mainland. In the early 2000s, China allowed overseas financial firms to acquire stakes in second-tier Chinese banks, and then brought in strategic foreign investors to first tier banks before their overseas listing. With little doubt, the financial sector has become a focal point of service liberalisation on the mainland and bilateral cooperation with Hong Kong in recent years, including financial reform measures being introduced in Shenzhen’s Qianhai. Along with CEPA and its Supplements, many liberalisation measures have been adopted nationwide in favour of HKSS, plus many more preferential measures in Guangdong. With the CEPA subsidiary agreement taking effect from March 2015, a new milestone has been reached in terms of CEPA implementation in light of the freer trade in financial services between Hong Kong and Guangdong.

Furthermore, the Central government has pledged to support Hong Kong when it comes to consolidating and enhancing its competitive advantages as an international financial centre, while helping it develop as an offshore RMB and an international asset management centre. After the ground-breaking RMB cross-border trade settlement in 2009, China adopted an RMB recycling mechanism through the RMB Qualified Foreign Institutional Investors (RQFII) scheme and most recently, the Shanghai-Hong Kong Stock Connect. This article will cover the Guangdong liberalisation measures for the financial sector with respect to the three sub sectors of banking, securities and insurance, and liberalisation measures for other services will be covered in subsequent articles.

Overall, a hybrid approach has been taken with regard to the liberalisation measures in the banking services sector specified under the Guangdong Agreement. On the positive list, the relevant agencies on both sides will affirm concluded co-operation agreements on the mutual recognition of banking professional qualifications via further promotion work. In keeping with Hong Kong’s role as an established offshore RMB centre, both sides are committed to developing Hong Kong as a more diversified offshore RMB product market with increased channels for two-way fund flows. The table below shows the access for HKSS under CEPA compared to non-CEPA service suppliers. Where it is not explicitly indicated, the concerned liberalisations for HKSS are reported as positive listings under the respective CEPA Supplements.

In essence, the relevant eligibility and asset requirements under the Guangdong Agreement are consistent with those provided under the CEPA Supplements. The negative list, however, in terms of both format and content, provides a much more detailed description of what to expect in relation to the requirements at the pre-establishment stage. Furthermore, the Guangdong Agreement also contains a most-favoured treatment provision, which guarantees Hong Kong will continue to be the mainland’s most favoured partner, receiving an automatic upgrade in the event of the mainland government signing a more favourable trade agreement with another territory.

Currently, HKSS engaging in banking business on the mainland, including in Guangdong, are allowed to conduct RMB business as long as they have operated there for more than two years and been profitable for a one year pre-application period. Under the Guangdong Agreement, the negative restrictive measures state that wholly foreign-funded banks, Chinese-foreign joint venture banks or foreign bank branches engaging in RMB interbank lending and borrowing business need to seek regulatory approval.

The negative list also states that a wholly foreign-funded bank or Chinese-foreign joint venture bank can neither borrow nor lend more than twice its paid-in capital, while a foreign bank branch can neither borrow nor lend more than twice its RMB operating capital. The RMB portion of the total operating capital and reserves is set at no less than 8% of its RMB risk-weighted assets. Specifically, it also states that foreign bank branches set up by HKSS in Guangdong are not allowed to offer RMB services to Chinese citizens other than accepting time deposits of more than RMB1 million. Furthermore, they are not allowed to conduct RMB businesses in the capacity of an agent for issuance, payment and underwriting of government bonds or to act as a receiving and paying agent.

In all, CEPA is key to lowering the thresholds for HKSS to enter the mainland’s banking services market, including achieving freer trade in financial services with Guangdong, particularly in terms of setting an asset requirement of no less than US$6 billion compared to no less than US$20 billion for other non-CEPA banking operators. As of 31 January 2015, the cumulative number of HKSS certificates in the banking and other financial services, excluding insurance and securities, had reached a total of 10.

The negative list of the Guangdong Agreement does not provide HKSS with substantially more preferential market access than the liberalisation measures covered by the latest CEPA Supplement. By virtue of the CEPA liberalisation measures, HKSS can make effective inroads into the mainland’s securities market by establishing a commercial presence in Guangdong or elsewhere. They are allowed to establish one full-licensed joint venture securities company each in Shanghai, Guangdong Province and Shenzhen, with the aggregate shareholding of HKSS in the joint venture capped at 51%. The flexibility of entering into a joint venture with mainland partners other than securities companies is also restated in the Guangdong Agreement.

Moreover, HKSS meeting the establishment requirements for joint venture securities companies are allowed to set up one minority-owned joint venture securities firm in each of the “reform experiment zones” approved by the mainland authorities (e.g. the Pilot Free Trade Zones in Shanghai, Guangdong, Fujian and Tianjin), with an equity share of up to 49%. HKSS are also granted the right to set up joint venture securities investment advisory companies in those zones with an equity of more than 50%. This is an improvement on the 49% cap generally applicable on the mainland. In addition, HKSS meeting the establishment requirements for joint venture fund management companies are allowed to have equity shareholdings exceeding 50%. All of these expanded measures will give Hong Kong intermediaries first-mover advantage in the mainland's fast-growing market, including Shanghai. The Guangdong Agreement, on top of setting out the broad liberalisation measures on the negative list, also features detailed operational requirements. For example, it states that HKSS acquiring shareholdings in mainland-Hong Kong joint venture securities companies, fund management companies, futures companies or securities investment advisory institutions should make their capital contribution in a currency that is freely convertible.

The latest CEPA liberalisation measures, including those under the Guangdong Agreement, give much greater flexibility to HKSS intending to explore the mainland’s securities and the related markets. As of 31 January 2015, the cumulative number of HKSS certificates in the sector of securities and futures service stood at 15.

[1] Cross-border services are referred herewith to three modes of service supply, namely, cross-border supply, consumption abroad, and movement of natural persons. Together with commercial presence, they constitute the four modes of services trade classified under the WTO’s General Agreement on Trade in Services (GATS).

[2] Together with the trade and investment facilitation measures, some 80 Guangdong pilot implementation measures have been introduced through the announcements of various CEPA Supplements.

[3] The boxes in blue merely show that there are reserved restrictive measures under the negative list of the Guangdong Agreement for the concerned sector as a whole, while individual sub-sectors may attract national treatment in terms of establishing a commercial presence in Guangdong.