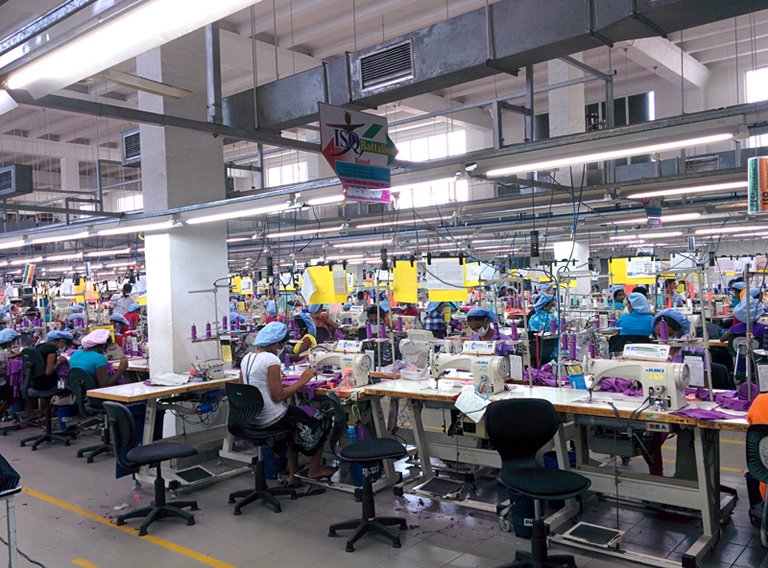 Hong Kong manufacturers should consider extending their supply chain network by setting up a higher value-added production base in Sri Lanka, a location that enjoys ease of access to key trade routes.

Amid rising production costs on the Chinese mainland, particularly in the Pearl River Delta (PRD) – the manufacturing hinterland for most Hong Kong companies – there has been a persistent drive among manufacturers to diversify their supply chain by establishing factories in lower-cost locations. While Southeast Asian countries are always at the top of the list, a number of companies are considering moving further afield, with attention turning to South Asia. With this in mind, a recent HKTDC field trip set out to consider the suitability of Sri Lanka as an alternative production base.

Sri Lanka is set in the middle of the Indian Ocean and to the south of India. Its geographic location has already attracted a number of Hong Kong manufacturers, as has its comparatively low labour costs. It also has the facility to deliver higher added value to products likely to appeal to buyers and importers in the more mature markets, including the EU and US.

The Sri Lankan economy has markedly taken off since the 2009 ending of its 25-year long civil war. It is now one of the fastest-expanding economies in Asia, providing a highly conducive business environment for foreign manufacturers (For more about the Sri Lankan economy, see country profile).

Over the past six years, manufacturing has consistently accounted for around 18% of Sri Lanka’s GDP. Clothing, rubber and plastic products, and fabricated metal products have been the fastest-growing segments. While the manufacturing industry extends to several other sectors, including food and beverages (F&B) and chemicals, Sri Lanka’s production scale of electronics – Hong Kong’s most traded product category – is minimal at present. Hong Kong manufacturers, meanwhile, are active in a range of other sectors, notably textiles and garments. Fountain Set, the Crystal Group and Pacific Textiles, for instance, have extended operations to Sri Lanka by forming joint ventures (JV) with local partners. Hong Kong-based GM Metal Packaging Ltd has also identified business opportunities in the country, particularly with regard to the strong demand for packaging F&B products, such as spices and Ceylon tea.

Its location - at the centre of a major trade route between Asia and Europe - places Sri Lanka in an advantageous position compared to many other South Asian nations when it comes to connectivity with many of the markets in Europe and the Middle East. This offers a significant edge to those manufacturers whose supply chains extend across the East, but whose major markets are in the West, allowing them substantial cost savings in terms of logistics as well as shorter delivery times.

Sri Lanka’s close proximity to India is another key benefit for foreign manufacturers. Given India’s comparable market size to China (in terms of population), Sri Lanka is sometimes dubbed the “Hong Kong of India”. It has the potential to become an increasingly important trade hub serving the country, just as Hong Kong has for the Chinese mainland. In fact, manufacturers in Sri Lanka can benefit from the Free Trade Agreement (FTA) in place with India. Under this FTA, most products manufactured in Sri Lanka can enjoy duty-free treatment when exported to India, the world’s second most-populous market with more than 1.2 billion people. In addition, the FTA signed between Pakistan and Sri Lanka also provides duty-free entry for almost all Sri Lankan exports to Pakistan, the world’s sixth most-populous country, with more than 185 million people. It is worth noting that an FTA between China and Sri Lanka is expected to be signed in 2015, adding further benefits to trade with - and through - the country.

“Made in Sri Lanka”: A Label Benefitting Manufacturers

Home to only 21 million people, wages in Sri Lanka are comparatively higher than those in a number of the larger countries in the region, such as India and Bangladesh (see below). As a result, on top of price attractiveness, Sri Lankan products are known for their good quality and emphasis on corporate social responsibility (CSR). Sri Lanka’s apparel exporting sector, for instance, mainly supplies the EU and US with middle- to high-end products, many of which require advanced design and production techniques, as well as high levels of quality control.

Many Sri Lankan companies are now actively promoting CSR, while voicing their concerns over labour rights, factory safety, ethical sourcing and sustainable development. While these CSR practices are aimed at enhancing social benefits, they also add a certain value to the finished products. In particular, the environmental and social impact awareness among well-off consumers in the more mature markets has increased over time, especially in the wake of the factory casualties and tragedies reported in several low-cost production bases over recent years. In line with the country’s prevailing eco-friendly manufacturing practices, Sri Lankan products appeal primarily to affluent consumers in the developed countries. This has seen a number of international brands, including Victoria’s Secret, Marks & Spencer, Gap, Nike and Adidas, sourcing from the country.

Sri Lanka’s labour market is very small (about 8.8 million) when compared to that of the Pearl River Delta and the more populous South Asian countries, such as India (481 million) and Bangladesh (77 million). According to Sri Lanka’s Department of Census and Statistics, men constitute more than 65% of the total labour force, largely thanks to a higher participation rate than seen among the country’s women. In mid-2014, the overall unemployment rate dropped to 4.5%, from about 6% in 2009, the year the civil war ended. Of the 8.4 million Sri Lankans in employment, only 26% were in the industrial sector, as compared to 46% in the services sector and 28% in agriculture.

Sri Lankan workers are considered of a high quality, partly on account of the country’s well-developed education system. The country ranked 73rd in the United Nation’s Human Development Index (HDI) for 2013, ahead of most emerging economies in Asia, including Thailand (89th), the Chinese mainland (91st), Indonesia (108th), India (135th), Cambodia (136th) and Bangladesh (142nd). Although rating below Malaysia (62nd), the average number of years of schooling in Sri Lanka is the highest among all the developing countries in Asia. According to several manufacturers operating in the island state, Sri Lankans are highly trainable and generally literate when it comes to English, making labour management an easier task for executives – many of who whom tend to be expatriates.

During a visit to a US apparel manufacturer in Sri Lanka, it was apparent that Sri Lankan workers are able to quickly adapt to delivering high-quality standards, enabling them to meet client requirements on high-end products, yielding higher profit margins for the company. The factory was very clean and tidy, especially when compared to many similar establishments in China. The working environment was notably cheerful – with Western pop music being played throughout the day. According to the factory’s management, it maintained a good relationship with its workers and provided the necessary employee training required to raise overall productivity. Apart from factory workers, professionals across a number of different industries, such as engineering, accounting and legal services, have impressive skill sets and a commitment to high standards, thereby providing a good quality of service to manufacturers.

Not the Region’s Cheapest Labour Costs

While the wages of Sri Lankan workers are much lower than those in the PRD, they are still higher than those paid in many of the low-cost production bases in Asia (see the table below). There is no national minimum wage in Sri Lanka. Instead, 43 wage boards established by the Ministry of Labour are responsible for setting minimum wages according to sector and industry.

Apart from a basic salary, manufacturers usually provide performance bonuses, attendance bonuses, free meals and, in some cases, boarding allowances. According to information provided by four manufacturers in Colombo, all-in costs for an entry-level worker ranges from 23,000-25,000 Sri Lankan Rupee (about US$173) per month.

In any bid to identify alternative low-cost production bases, Hong Kong manufacturers should pay careful attention to the risks associated with low prices in any location under consideration. While Myanmar, Bangladesh and Cambodia offer lower labour costs than Sri Lanka, they also pose a number of challenges, including poor working conditions, health and safety risks, and a lack of infrastructure. It is also crucial for Hong Kong companies to be aware of the other associated risks, notably strikes, social unrest, political upheaval and unsafe working conditions. The section below provides a glimpse into the labour market conditions in Sri Lanka. An upcoming article will further examine additional risk factors, including issues of land and regulatory transition.

Labour shortages remain an inherent challenge for both local and foreign manufacturers in Sri Lanka, given the country’s limited pool of workers. This is a problem heightened by the fact that many graduates prefer “white collar” jobs to labourer or semi-skilled positions in the manufacturing sector. Additionally, some skilled workers tend to seek higher-paid work overseas, making it difficult for companies to hire or retain skilled workers and management-level staff. While some manufacturers claim that the labour turnover rate is high, others maintain that the retention rate is broadly acceptable. Workers’ reluctance to work nights has proved another major constraint on the overall production scale, forcing most factories in Sri Lanka to have only one shift of workers. This contrasts sharply with factories in China, where two or three shifts are typically deployed.

Employee protection is considered of high importance in Sri Lanka, with stringent labour laws ensuring the compliance of businesses. As a result, many companies find it difficult to lay off workers due to the long administrative process involved, even when market conditions are bad. In the event of layoffs, employers usually have to pay out a considerable amount of compensation, typically the equivalent of several months’ wages. In addition, the country’s laws even regulate the number of night shifts female workers are allowed to undertake, even if they are willing to work, a factor that may further aggravate labour shortages. In this regard, the relevant laws and regulations have been in force for more than three decades without any major alterations. At present, however, debate is emerging in the Sri Lankan business and political communities over amending this legislation and ensuring a better balance between worker protection and creating a more business-friendly environment.