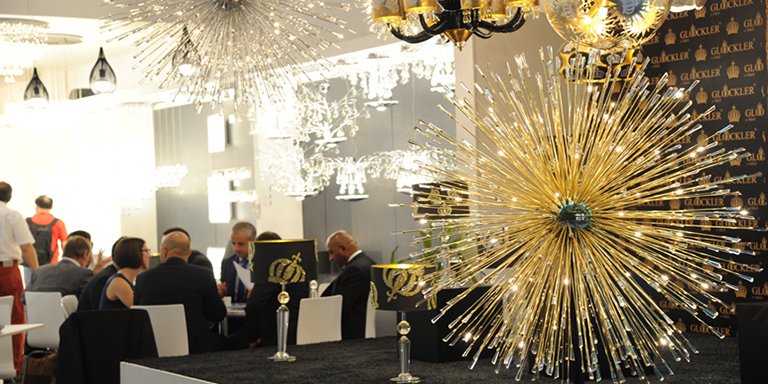 Industry players are generally optimistic with regard to the global market for lighting products in 2015, as LED applications are set to proliferate in view of a continuing drop in prices. China, North America and Western Europe are, meanwhile, regarded as the markets with the highest growth potential over the next couple of years.

During the October 2014 Hong Kong International Lighting Fair (Autumn Edition), HKTDC Research polled 376 buyers and 237 exhibitors as to the prospects for the lighting market and the industry trends likely to emerge over the next few years. Lighting products shown at the Fair

In total, 97% of buyers and 96% of exhibitors canvassed at the Fair believed their sales would remain either unchanged or increase in 2015. Notably, more than half of the respondents were optimistic that their sales would go up, although this represented a slightly lower share than those who expressed the same view at the April fair. Only a small percentage thought their sales would go down next year. Consistent with the last few surveys, the Chinese mainland continued to be rated as the most promising market for the next couple of years. North America and Western Europe, the two major traditional markets, also ranked among the top markets as likely to be “promising” or “very promising” for the next two years. There were no markets scoring below the neutral level of 3 (in the scale of 1 to 5), revealing a positive market sentiment across the board. Not surprisingly, demand around the globe will continue to be inspired by the development of LED technology and its related applications. In general, 33% of all respondents believed that LED and related green lighting applications would enjoy the highest growth in sales in 2015. This was followed by commercial lighting (27%), household lighting (22%) and smart lighting equipment (6%).

Lighting decorations on show at the Fair

LED products offered at the Fair

Speaking to HKTDC Research, a number of exhibitors said that LED technology could now be applied to a wide variety of lighting apparatus, due mainly to substantially lower LED costs. This was in line with the survey findings, which showed that LED prices and costs were expected to still fall further.

In addition, 98% of exhibitors said they expected LED ex-factory prices to fall by as much as 20% over the next 12 months, while 77% anticipated a further drop by a similar level within the next one to three years.

Compared to the last survey conducted in April, a larger share of buyers and exhibitors expected a fall in LED prices within the range of 0%-20%. Those expecting a fall by more than 20% accounted for a smaller share this time. This indicated that the speed of the fall of LED prices/costs was expected to become slower, after substantial drops in the last few years. Speaking to HKTDC Research after a seminar on LED lighting at the Fair, Basil Wai, CEO of the Hong Kong Electronic Industries Association, said, “The booming LED market has been facilitated by falling LED costs amid the mass production by major companies. In view of intensified competition, however, the keys to success for related players will then lie with technology, design and quality.”

It was no coincidence, then, that a number of exhibitors chose to highlight their new, innovative LED products in a bid to stand out in the market. One such company was Hong Kong-based Cledos International Limited, which demonstrated its proprietary “airLED” bulb. According to a company representative, the “airLED” bulb is some 30% more efficient than conventional LED bulbs, entailing a substantial saving on electricity bills. The bulb features a unique technology that uses air circulation for heat dissipation, eliminating the need for a heat sink. Coupled with an innovative design that uses fewer components, all these enable the company to offer it at a genuinely competitive price. Cledos demonstrated its LED products at the Fair Lighting decoration shown at the Fair

In another development, industry players are now applying LED technology to a wide range of lighting apparatus. In the survey, indoor household lighting and indoor office/commercial lighting were viewed as the application areas with the highest likely LED sales growth over the next one to three years. These two applications were rated by 34% and 26% of all respondents, respectively, as the most popular LED applications. Others said to be showing promising growth included smart lighting systems, indoor industrial lighting and outdoor lighting, as indicated by 14%, 8% and 8% of all respondents, respectively.

Of the 237 surveyed exhibitors, 26% were based in Hong Kong and the rest based in overseas countries/regions. Their major selling/export markets were Western Europe (51%), North America (15%), Eastern Europe (8%) and Asia (excluding the Chinese mainland and Hong Kong, 6%).