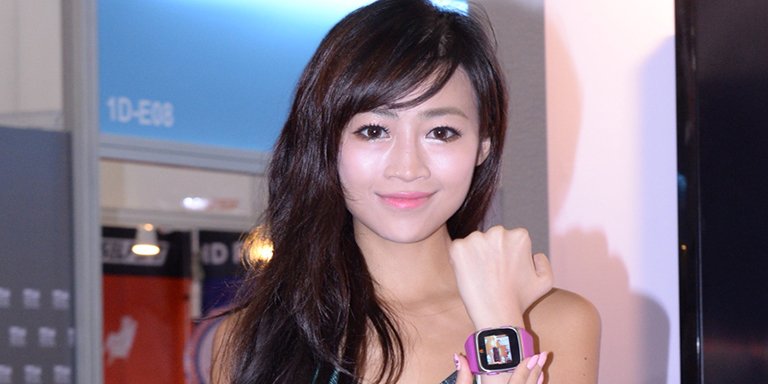 The global electronics market will remain steady throughout 2015, with smart devices continuing to dominate, according to a survey of attendees at the Autumn 2014 Hong Kong Electronics Fair. Overall, most industry players considered China and the mature economies, such as North America and Western Europe, to be the markets with the most promising prospects. Meanwhile, demand for a number of electronic items, including wearable electronics and other connected items, was expected to benefit from the proliferation of smart applications.

At the Hong Kong Electronics Fair 2014 (Autumn Edition), one of the world’s largest gatherings of professionals in the electronics field, HKTDC Research canvassed 693 buyers and 348 exhibitors as to the prospects for the electronics market and the industry trends likely to emerge over the next few years. On the whole, 92% of the surveyed buyers and 90% of the surveyed exhibitors at the Autumn Fair maintained that their sales would either remain unchanged or would increase in 2015. These figures were higher than the 86% of buyers and exhibitors at the Spring Fair who held the same view for the year of 2014. It is also worth noting that the number taking a neutral view (sales unchanged) for 2015 rose, an indication that the electronics market is generally expected to remain steady next year. With regard to growth prospects for individual markets overseas, buyers rated them all as having neutral prospects (a mark of three on a scale of five) or better, pointing to a generally positive sentiment across the board. In line with the last survey conducted in April this year, China continued to be rated the market with the highest potential. The traditional markets, including North America and Western Europe, also ranked among the top markets, being described as likely to be “promising” or “very promising” for the next two years. A number of Asian economies, notably ASEAN, Taiwan and South Korea, were also perceived as promising. None of the markets, however, scored four or above, with some buyers remaining cautious as to the market outlook. Undoubtedly, the global market was seen as continuing to be driven by the popularity of mobile devices, partly on account of a flood of new smartphones and tablets being introduced by the major players. On the whole, 33% of respondents expected that mobile devices and accessories would experience the greatest growth in 2015. Respondents indicated that the products with the highest sales growth potential in 2015 included audio-visual products (12%), computers and peripherals (7%), home appliances (7%) and wearable electronics (6%). With regard to smart devices, the majority of respondents (69%) believed that sales of smartphones would increase at the current rate - or even faster - over the next one to two years. 52% of respondents, however, felt that sales of tablets would rise at the current or faster rate. Interestingly, only a small proportion of them (2% and 5%, respectively) anticipated that sales of smartphones and tablets would start to decline. The rest either expected an insignificant or slower growth in the sales of smart devices over the next couple of years. Buyers and exhibitors gathered at the Fair (1) Buyers and exhibitors gathered at the Fair (2)

Against this background, industry players generally expected that a number of related products would benefit from the prevalence of smart devices. A majority of respondents continued to rate mobile battery chargers/power banks for mobile devices as the category likely to benefit most from this trend. It is worth noting, however, that only 34% of all the respondents held this particular view. This was substantially lower than the 43% recorded during the Spring Fair survey.

Significantly, the industry is seen as being increasingly lured to other smart applications. For example, 33% and 19% said mobile accessories (such as Bluetooth speakers) and high-priced, high-quality headphones (both wired and wireless models), respectively, would be the products to benefit from the popularity of smart devices. This result was higher than the 29% and 15% recorded in the Spring Fair survey. “Connected” products shown at the Fair (1) “Connected” products shown at the Fair (2)

Speaking to HKTDC Research at the fair site, a representative of ShengPai Electronics Co Ltd, a Guangzhou-based audio equipment manufacturer, said: “The popularity of smart devices has greatly stimulated the sales of related audio-visual items, such as high-end headsets for smartphones, especially in the US and Europe.” She also reckoned there was strong demand for such high-end products on the Chinese mainland as well. This was despite the fact that Chinese market, as a whole, was seen as highly competitive in view of the availability of a wide range of multinational brands and non-brand items. Industry players were also seen as increasingly becoming attracted to a number of other categories. These include smart watches, home monitoring systems with smartphone applications, and Wifi enabled cameras/action cameras. A case in point was smart watches for iOS and Android phones - 22% of respondents believed these products would benefit from the smart product trend, compared to the 9% recorded during the Spring Fair survey. This was corroborated by a rise in the number of exhibitors showing different wearables at the Fair, with some even featuring fun novelty and additional functions in order to attract clients. The Shenzhen Arts-Star Technology Co Ltd, for instance, showcased its newly introduced 3D wearable devices at the Fair. These integrate smartphones/apps into 3D goggles for use when watching wide-screen 3D movies or playing 3D video games.

At the same time, consumers were seen as increasingly looking for high-tech wearables for their own use as well as for gift purposes. One ODM manufacturer based in Hong Kong, Classic Tech Development Ltd, was offering its Bluetooth smart bracelets and smart watches at the Fair. Speaking to HKTDC Research, Mr Fung, the company’s trading manager, said: “Our smart wearables with connectivity to smartphones and health monitoring features are sought after in overseas markets, as consumers are increasingly taking such items as fashion tech and health items.” He added that the aforementioned wearables were compatible with iOS and Android systems.

Of the 693 buyers canvassed, 35% were based in Hong Kong, with the remainder from overseas countries/regions. Their major selling/export markets were the Chinese mainland (24%), Western Europe (20%), Asia (17%, excluding Chinese mainland and Hong Kong) and North America (17%).

Of the 348 exhibitors polled, 45% were based in Hong Kong, with the remainder from overseas countries/regions. Their major selling/export markets were Western Europe (33%), North America (33%), Asia (12%, excluding Chinese mainland and Hong Kong) and the Chinese mainland (9%).